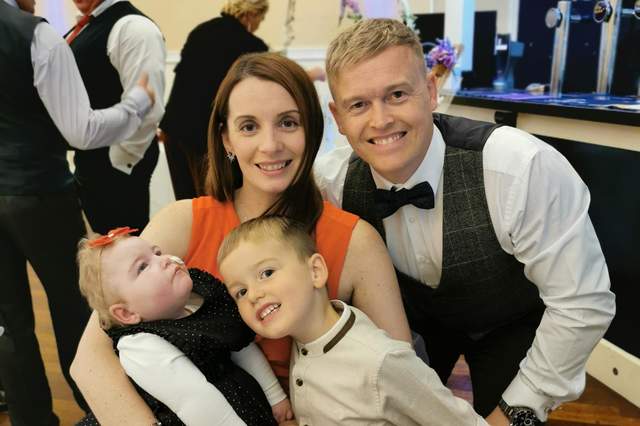 A Peterlee man who lost his daughter to a rare condition at just three years old is to walk over 80 miles around Hadrian’s Wall to honour his daughter and support a charity close to his heart.

Steven Benton and nine friends will complete the walk to honour his daughter, Ivy Benton, who passed away in October 2021, aged three.

When she was born, Ivy was diagnosed with TRAPPC12, an extremely rare gene disorder where she was one of only four known cases in the world and spent the first six months of her life in hospital.

Ivy also couldn’t regulate her temperature and suffered from hypertension and epilepsy as well as having very little to no muscle control.

During the difficult time after Ivy’s birth, Steven, 40, and his wife Stacey-Jane were supported by baby hospice Zoe’s Place in Middlesbrough, who Steven is raising money for with the Hadrian’s Wall walk.

He said: “Zoe’s Place gave us a lifeline when we were at our lowest, having allowed us to breathe and spend some quality time with our son, while in the comfort of knowing Ivy was getting the one-to-one care that she required.”

“I can’t put into words how much this helped us. The nurses were fantastic and got to know her and her behaviour. We wouldn’t have left her if we didn’t have total confidence in the Staff.”

“Zoe’s Place helped us survive our darkest days. This is why I want to raise money in memory of Ivy to help them and show my gratitude for the love they showed my daughter and my whole family.”

Zoe’s Place Trust is a registered Charity providing a short break service, palliative care and end-of-life care to babies and children aged from birth to five years, who live with life-limiting or life-threatening conditions.

There is a total of nine lads taking on the challenge of walking the full length of Hadrian’s wall, which is an 85-mile, four day trek, from Wallsend to Bowness-on-Solway.