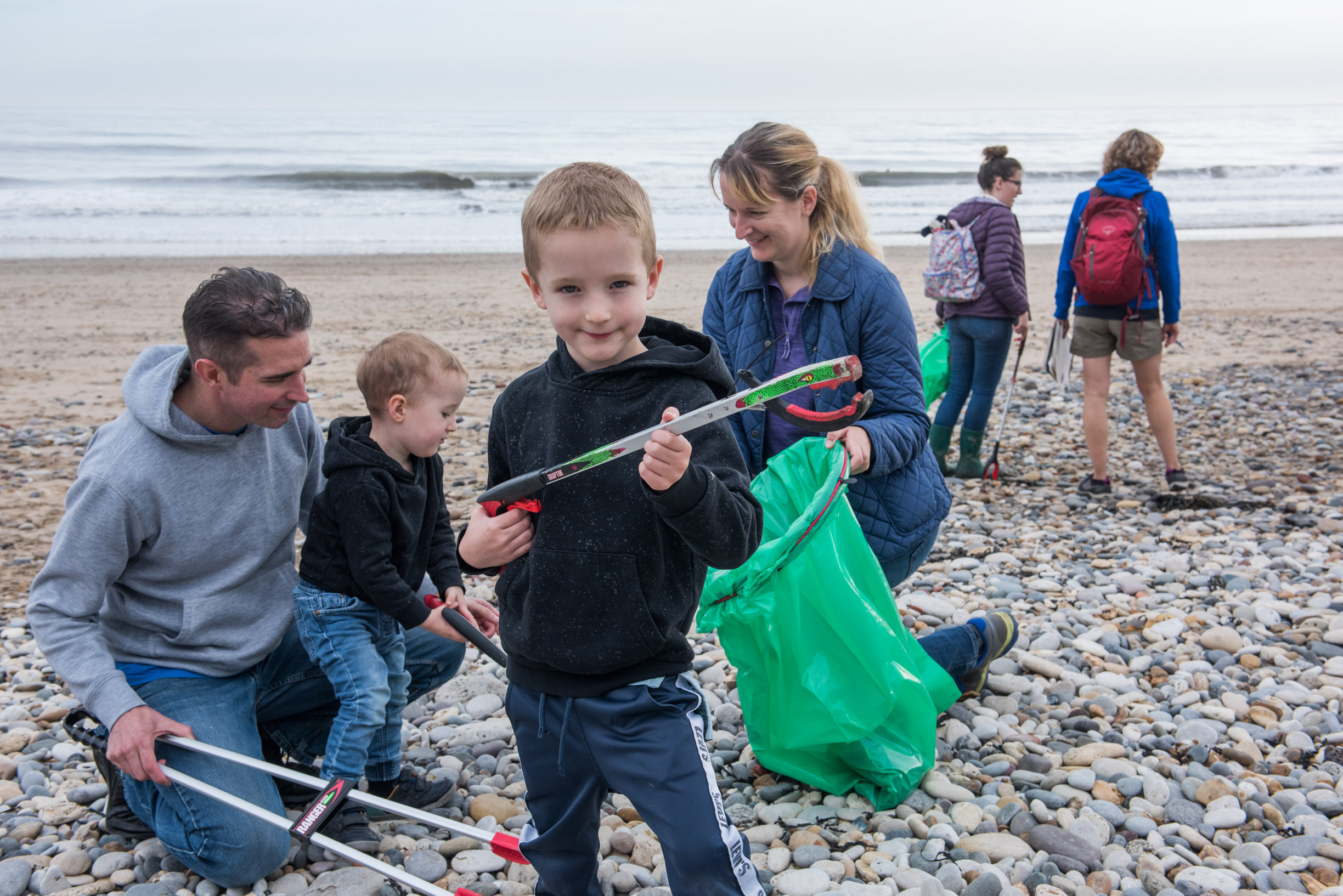 The North East SeaScapes partnership has organised two beach cleans in Seaham and Whitburn as it celebrates its first birthday.

In its first year, SeaScapes has produced remarkable results, connecting 5,000 people with the ocean between the River Tyne and River Tees, while more than 1,300 bags of rubbish have been removed from beaches across the North East.

To coincide with World Ocean Day, SeaScapes is welcoming people to join them in continuing their work to clean up the region’s beaches. The first will take place on Wednesday, June 8th, at Blast Beach, Seaham, from 10am, with the second due to commence between Whitburn and Seaburn from 5pm.

Karen Daglish, SeaScapes manager, said: “Over the last year, more than 5,000 people have been involved with SeaScapes, whether that was rockpooling, recording dolphins, picking up litter, learning how to paddleboard, or discovering more about how our communities played a role in protecting the nation at times of war.

“We are delighted to share this achievement on World Ocean Day, which acts as a reminder that our ocean is everyone’s ocean. It’s a double celebration of the people, places, and habitats along the coast between the Rivers Tyne and Tees, and how we are part of something much bigger. By feeling connected to the ocean, we can learn more about it and better protect it for the future.”

The SeaScapes project is led by Durham County Council and consists of a consortium of partners united in their collective mission to influence support and increase protection of our sea and coastline.

Its focus and main geographical area of work is the England Coast Path running along the Tyne to Tees shore, covering an area up to six nautical miles out to sea. Characterised by unique magnesium limestone geology 250 million years in the making, and from industry to war, pre-history to the modern day, the heritage of this dynamic seascape is born from the sea.

Daglish added: “A lot of our work couldn’t happen without the contributions of others, so thanks must go to National Lottery players as the SeaScapes team is able to run projects and activities to connect the communities through funding from the National Lottery Heritage Fund.”

Beach tots sessions taught 48 young children about wildlife with which we share our shores and 52 people have been trained as SeaWatch observers, while 497 people have been involved in paddleboarding and canoeing activities organised by SeaScapes to help people experience being in the water safely.

World Ocean Day carries an ongoing theme of ‘One Ocean, One Climate, One Future – Together’ and more than 2,000 events are expected to be held in over 140 inland and coastal countries. Through its Conservation Action Focus, World Ocean Day organisers are aiming to create a healthy ocean with abundant wildlife. To stabilise the climate, it has also set a target to protect 30% of our planet’s land, waters, and ocean.

Mark Dinning, head of conservation for Durham Wildlife Trust, said: “This World Ocean Day, we would like to celebrate being part of the SeaScapes project, which is helping Durham Wildlife Trust work towards an ambitious target to restore 30% of local land and sea for wildlife by 2030.

“Through the intertidal interactive officer, Dorinda Kealoha, we are educating and inspiring local people along the coastline between the River Tyne and the River Tees, so that they become custodians for this important area for wildlife. By working together with communities, we can make sure that this vital habitat is not only protected but is, in fact, improved for people and wildlife.”