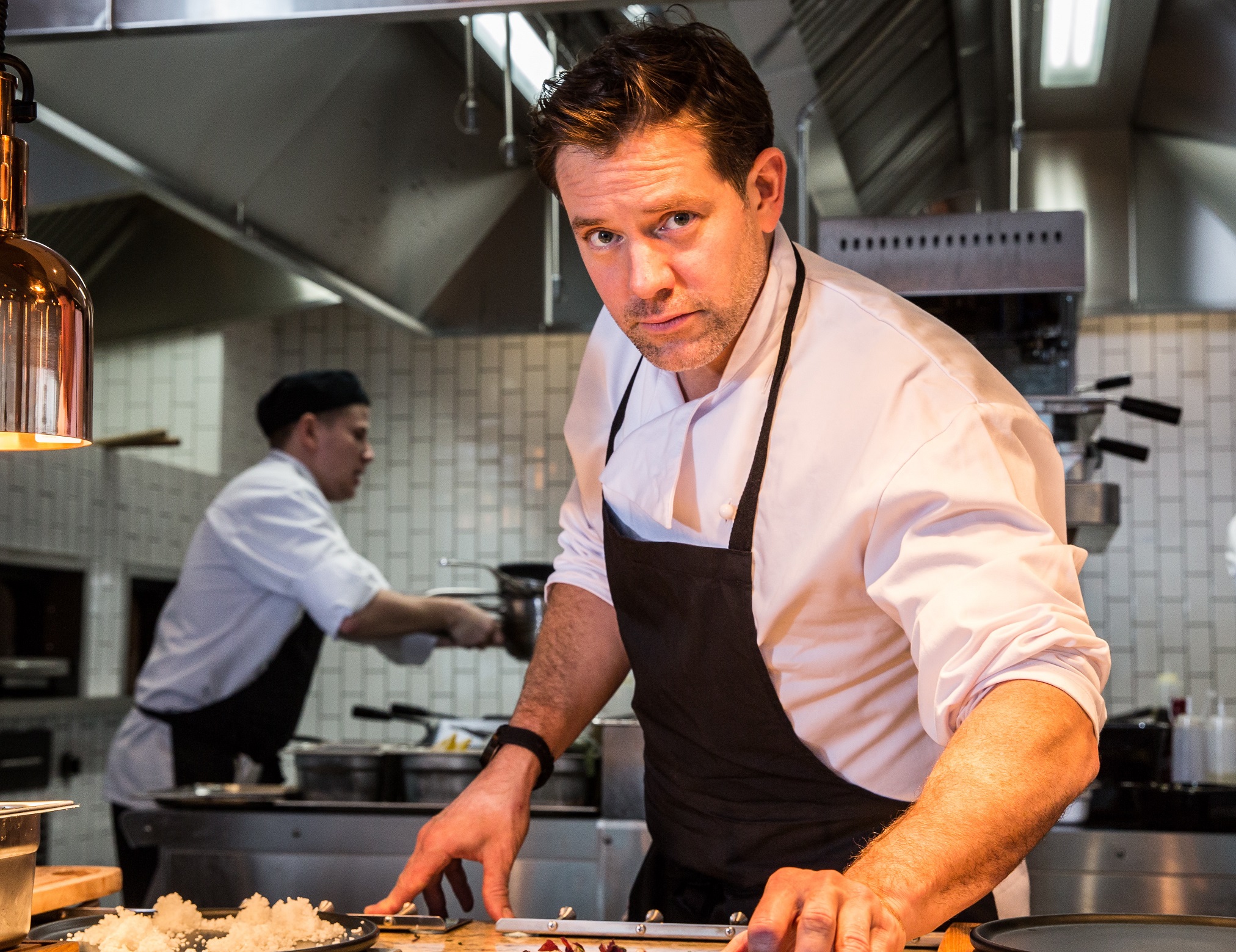 A Saturday Kitchen star and a formidable TV judge are the first celebrity chefs confirmed to appear at a popular seaside food festival.

The Durham County Council-run festival will also feature its signature open air cookery theatre, where a host of celebrity stars will be enticing audiences with mouth-watering cookery demonstration across the two days.

As one of the major events in the county’s cultural calendar, the festival is supporting the county’s current bid to become UK City of Culture 2025, which is now in its crucial final phase before the winner is confirmed.

The first celebrity to be announced for Sunday’s cookery stage is TV chef and Saturday Kitchen presenter Matt Tebbutt.

After gaining his chef’s diploma at Leiths School of Food and Wine in London, Matt went on to work at some of the capital’s most prestigious restaurants, including Marco Pierre White at the Oak Room and Criterion, and Alastair Little, which Matt cites as the greatest influence on his cuisine.

Matt then went on to own and run The Foxhunter restaurant in Nantyderry, near Usk in South Wales, for over 10 years. The restaurant won a number of prestigious awards including the AA Restaurant of the Year for Wales.

Currently presenting on BBC One’s Saturday Kitchen, Matt also presents on BBC Two’s Best Bites, as well as Food Unwrapped on Channel 4, which is now in its eighth series.

He is also known for his work on Save Money: Good Food, Matt Tebbutt’s South Africa, the Food Network, The Big Eat and Kitchen Superheroes.

Matt released his first solo cook book, ‘Matt Tebbutt Cooks Country’, featuring all of his favourite recipes, which was closely followed by his second book ‘Guilty Pleasures’. He has also this year released a new book, ‘Weekend’, full of inspiring recipes.

Known for her feisty, unique and watchable personality as a judge on Channel 4’s Bake Off: The Professionals, Cherish has over 20 years of international experience as a pastry chef.

Cherish has earned many awards over the years, including the prestigious Tea Guild’s Top London Afternoon Tea award in 2010, Pastry Chef of the Year by the Craft Guild of Chefs in 2012, and the Macalcan Life Time Achievement in 2015.

Throughout her varied and exciting career, Cherish has continued to challenge herself through training courses and culinary competitions that have resulted in over 25 medals from events around the world, of which 18 were gold. Most notably, the Singapore Pastry Team led by Cherish came in first out of 32 national teams and won eight gold medals at the IKA Culinary Olympics in 2000.

She was also asked by The Telegraph to design a cake for the Queen’s 90th Birthday where she recreated Windsor Castle in cake form, adding details such as the Chapel and the Norman Gate. Cherish was also commissioned to design and make a stunning edible hat for Royal Ascot in 2016.

After growing in popularity with audiences on Bake Off: The Professionals, Cherish went on to judge for a second series of the show and featured on BBC’s Celebrity MasterChef, where her appearance as a dedicated, patient and caring mentor showed a different side to her personality.

Festival organisers are also excited to confirm that crowd favourite Chris Bavin will be welcomed back to host the cookery theatre and introduce chefs on both Saturday and Sunday.

First discovered by a TV production company in 2011, Chris has gone from strength to strength and is co-presenter of BBC One’s popular series Eat Well for Less? alongside his new co-presenter Jordan Banjo.

In addition to the successful series, Chris has presented Tomorrow’s Food with Dara O’Briain, The Truth about Meat, and Food: Truth or Scare with Gloria Hunniford.

He was also a judge on BBC One’s Britain’s Best Home Cook with Mary Berry, chef Angela Hartnett, and presenter Claudia Winkleman. Chris is a regular on The One Show and recently presented BBC’s Shop Well for the Planet alongside Jordan Banjo, Melanie Sykes, and Joanna Page.

Cllr Elizabeth Scott, Durham County Council’s Cabinet member for economy and partnerships, said: “With just ten weeks to go until Seaham Food Festival returns, we are delighted to announce the first of our celebrity chefs who are ready to inspire and entertain audiences with their first-class cookery skills.

“This festival is a key part of our events calendar and something we know hundreds of people look forward to every year. It’s popular events like this that support the county’s current bid to become UK City of Culture 2025, showing just how important food is to culture and bringing people together.”

To find out more about the City of Culture bid, submit ideas and leave messages of support, visit www.durham2025.co.uk or follow the Durham 2025 social media accounts at @Durham2025 on Facebook, @Durham_2025 on Twitter, and @Durham2025_ on Instagram.