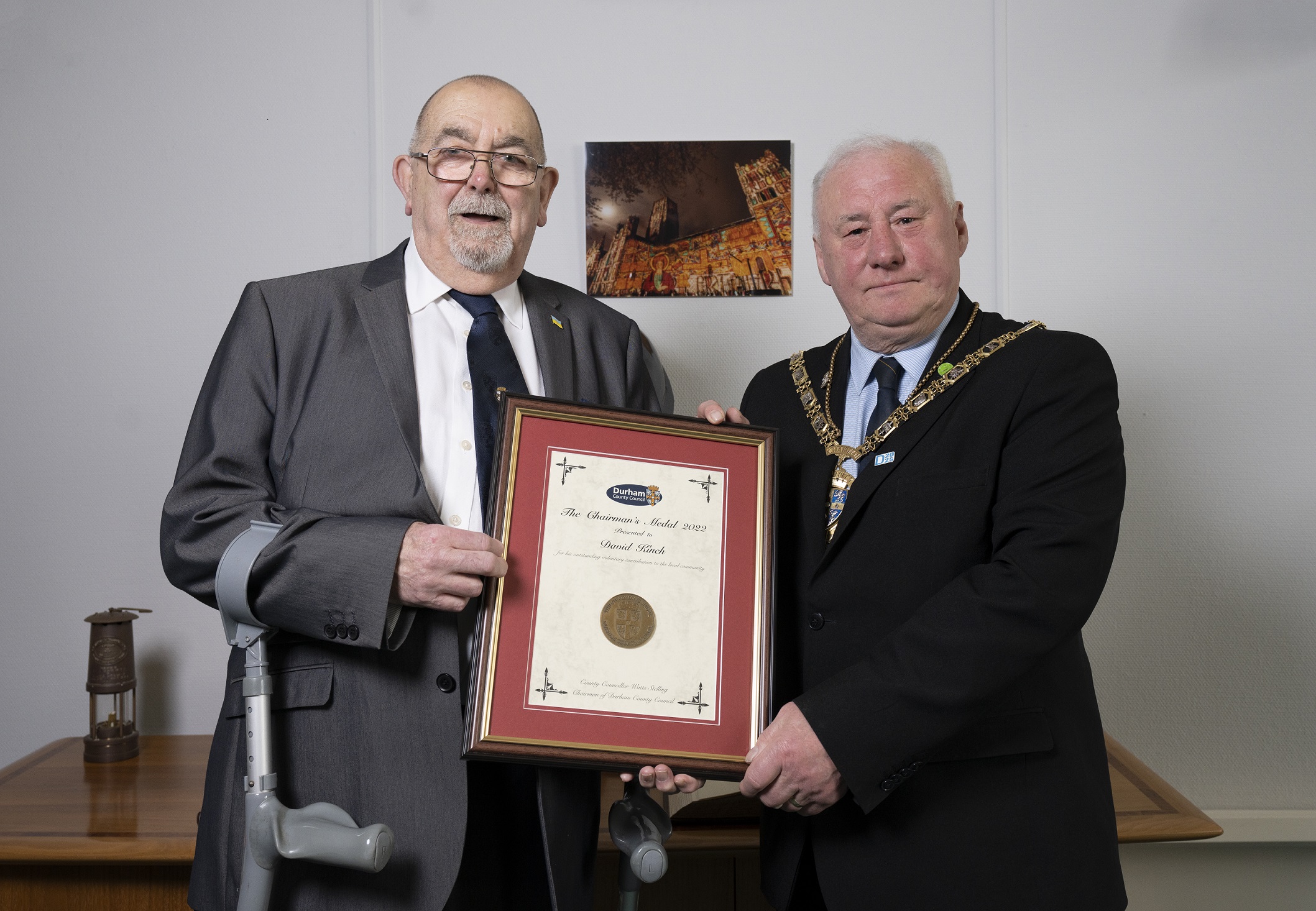 A young mum whose quick thinking and first-aid skills saved a man’s life, and an activist dedicated to improving his community, have been honoured for their actions.

Megan James and David Kinch accepted the Chairman’s Medal, the highest accolade that Durham County Council can award to individuals and organisations for outstanding voluntary contribution to County Durham.

Twenty-one-year-old Megan, from Seaham, received her award in recognition of her rapid response and brave actions which saved a man’s life. 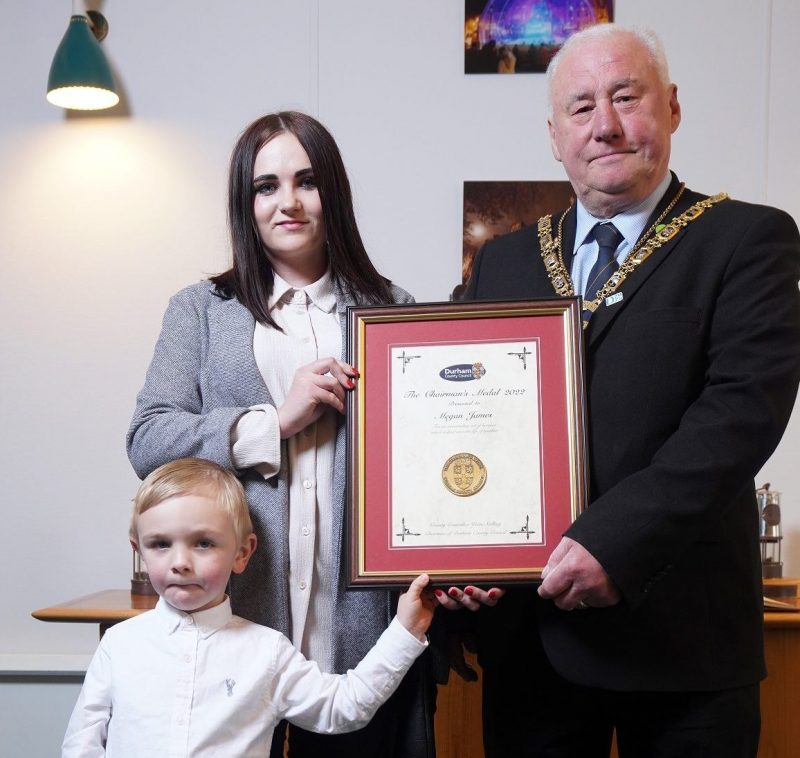 Heroic Megan was walking home with her son after shopping in Seaham in July 2020 when she heard cries for help. She used first-aid skills she’d learnt on a council-run course for young parents, to perform life-saving CPR on a man who had collapsed.

A passer-by looked after her little boy, Elijah, whilst she gave vital medical help to the man, following the instructions of an ambulance service operator over the phone, whilst waiting for paramedics to arrive.

Megan who had attended the first aid training course in case she needed to help her son in an emergency, said: “I’m very proud to be awarded the Chairman’s Medal. It was lucky that I was in the right place at the right time and I’m so pleased that I was able to help. I never expected anything like that to happen, but I hope my story inspires more people to learn CPR and how to do first aid.”

Former policeman David Kinch was also recognised with a Chairman’s Medal, for outstanding service to his community, and in particular his involvement in his local area action partnership.

David has been instrumental in supporting the Teesdale Action Partnership, where he has served as a board member since 2009, working tirelessly to help identify and rectify issues which affect the neighbourhood.

He also represents Teesdale in the wider County Durham Partnership and, serves as a member of Marwood and Whorlton parish councils and the Traveller’s Forum. He previously served on Barnard Castle Town Council, helping the community deal with a wide range of issues, from planning applications and crime prevention to highways and health.

His work has proved valuable in protecting the interests and wellbeing of the area and representing the community’s views on various plans and proposals, including the County Durham Plan.

David said: “In my time on Teesdale Area Action Partnership all meetings, including board meetings, were ‘team’ meetings and decisions were made as a team – I look at this award as an award for all members of the task and finish groups and the board, including all the officers.”

Council Chairman Cllr Watts Stelling, who awarded the pair with their medals, said: “It is an honour to be able to present Megan and David with these awards in recognition of their achievement and fantastic contribution to County Durham.

“Megan’s swift and brave actions saved a man’s life. To remain calm and in control in an emergency, and to administer the essential medical attention he needed, shows great strength and courage, as well as highlighting the importance of learning vital first-aid skills. She’s incredibly humble but Megan’s amazing actions fully merit this award.”

“David’s sterling efforts and tenacity in championing the interests of Teesdale residents also deserve recognition. The success of our area action partnerships is reliant on them resonating with local people and attracting passionate individuals such as David, whose hard work and enthusiasm have vastly enhanced his community.”