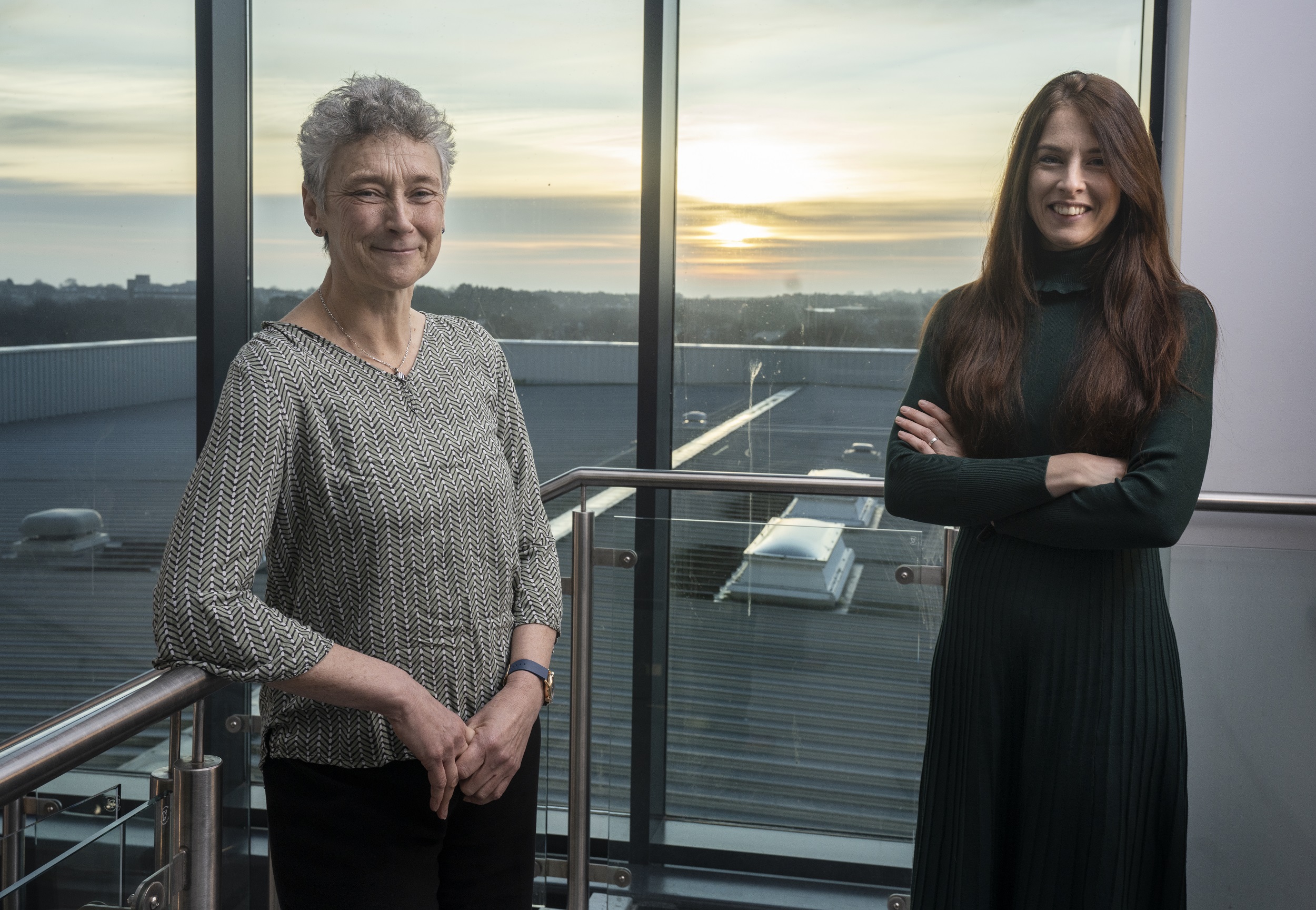 In our latest Ask the Expert feature, we caught up with County Durham Community Foundation CEO Dr Michelle Cooper, who answers the question: How can business leaders rethink charitable giving for maximum impact in 2022?

Michelle, who heads up the Meadowfield-based charity, also tells us more about the East Durham organisations and groups that have been helped by the foundation.

EDB: Firstly, what is County Durham Community Foundation, and why should East Durham Businesses know about it? MC: In a nutshell, we’re here to enrich lives and tackle poverty by bringing money into the region and turning it into small grants that support projects right in the heart of our communities.

We are a charity, unusual in that we exist to support smaller charities. This is possible because donors, often business owners, choose to give through us because of the value we add – local knowledge, a strong network and in some cases, match funding.

Readers may have heard of projects like East Durham Trust, Dawdon Community Centre and Wheatley Hill Community Association that rely on grant funding. We are here for them out of a deep respect for the work that they do. Each year, around 600 charities benefit from funding through the Foundation, and that in turn impacts thousands of people in the North East who need support because of issues around poverty, health and inequality.

Our mission for 2022 is to raise awareness of what we do amidst the local business community. We launched the Poverty Hurts Appeal in October last year and this has attracted a lot of attention and support, I think because all of us feel so distressed that life is so tough for working families and the elderly, who are often choosing between heating and eating.

Wheatley Hill Community Association is a great example of the projects we support. The centre is both a lifeline for the local community, and its heartbeat, and fosters a wide range of urgent work around poverty and looking out for people who often have no-one else to rely on. If you wonder who is feeding the people who have been forgotten – it’s the volunteers and the staff at the centre. Our job is to support the centre so it can get on with what it does best.

The North East is on the up in many ways, which is wonderful, but we can’t afford to lose our conscience and neglect those who have been left behind, as it weakens all of us. An 80-year-old with no relatives deserves to eat and be cared for, they can’t just head out and look for a job and ‘pull themselves up by the bootstraps’ which some people tout as the answer to everything. Our greatest aim is to help people understand poverty in a deeper way. If you don’t know much about it, you might think families are just spending their money on drink and cigarettes, when it’s actually going on ridiculous energy bills, or someone in the family is disabled which often incurs lots of hidden costs and can reduce the household’s earning power.

EDB: What trends and innovations are you seeing in the charity sector? MC: Wealth has changed, and so has the way we want to give – people are often becoming wealthy from their own endeavours, rather than through inheritance, and people want to be more involved in the giving that they do. They want to understand where each pound is going, and how it helps. I think the two trends are related: when you’ve had to work really hard for your wealth, you want to know that it makes a difference and that you’re giving in an intelligent way.

There are also more and more businesses that want to give in a way that feels meaningful, but that invites their staff teams to get involved, bond, and have some fun together for a good cause. The perfect example of this is the Prima Cheese team, who recently chose us as their Charity of the Year. The business is now 25-years-old and thriving, and staff have planned this huge calendar of fundraisers and events, ranging from Masterchef-style cook offs to a company-wide dance class. Staff are also aiming to do some volunteering and will be able to donate through their wages. All of this goodwill and fundraising will be captured through the team’s personalised Enthuse page – our online giving platform that we’ve adopted for 2022.

We used to think of ourselves in terms of place-based giving, but recently we have been exploring a way of online giving where donors living in London want to help with the hardship they see here. They may have no connection to the North East in the conventional sense but are appalled by homelessness and poverty and want to help. On the evening itself, from the comfort of their homes, donors can hear from three amazing charity leaders about their work and their communities. At the end of it all, donors get a chance to give to one, two or all of them if they want. Think of it as a digital version of the supermarket green-token platform we’ve all seen and used.

EDB: Who are the early adopters and can a Community Foundation work for anyone? MC: UMi, based in Seaham, has been with us for several years, and really grown its giving in line with its own success. That’s brilliant and sets a great example for businesses that want to build giving into their DNA before things get so huge that it’s too busy to even think about it. We are definitely seeing more diversity in donors signing up to give through the Foundation and I do think it can work for almost anyone. A great example is Durham University Chamber Choir – not technically a business, but young people at the start of their careers and wanting to support the community where they have studied. They raised £2,000 through an amazing Christmas Carol Service and are now looking to work with us long term.

We also have a recent individual donor who felt strongly about the issues raised by our Poverty Hurts Appeal, and has given to that, and is setting up an endowment fund that will make that giving a long-term project.

EDB: With huge, complex issues like poverty, can the charity sector solve the issue alone? MC: To really move the needle you must work with others. That’s always been the case and that’s what we are doing. The charity sector is a crucial voice, and a crucial expert when it comes to local issues. I think the charity sector also deserves a huge round of applause for just keeping a lot of people alive until their problems can be addressed. It doesn’t solve someone’s problems to give them a bowl of soup but going hungry doesn’t help much either. I’m also continually impressed by the way we see charities address these short-term issues, and then work to solve the underlying issues. Someone might turn up needing food, when they really need help sorting out affordable childcare so they can work a bit more, but until there’s a reliable place or person they can turn to, there’s not enough trust or transparency to solve the issue.

This year we hope to share the story of what we are seeing in our communities, and to listen to local businesses that want to get involved. To find out what their concerns and hopes are around their charitable giving, and what they see in day-to-day life that saddens or angers them that the charity sector can help to alleviate.

EDB: How can businesses get involved and what’s the catch? MC: We are currently offering ten businesses that are part of the East Durham Business Network the chance to be part of a pilot for the East Durham Matters Fund. Those who sign up and donate £500 will have their donation matched pound for pound and the collective money will be awarded through an online funder evening where businesses and their employees will hear about local projects that are making a massive difference and need some investment; and then choose how the money will be shared out. It’s a way for businesses to give to the communities where their workforces live, and to learn more about why these projects are so special. To make it work as a pilot we need to limit numbers for now, so it will work on a first come, first served basis. Anyone interested can join us for a short online call in February to learn more.