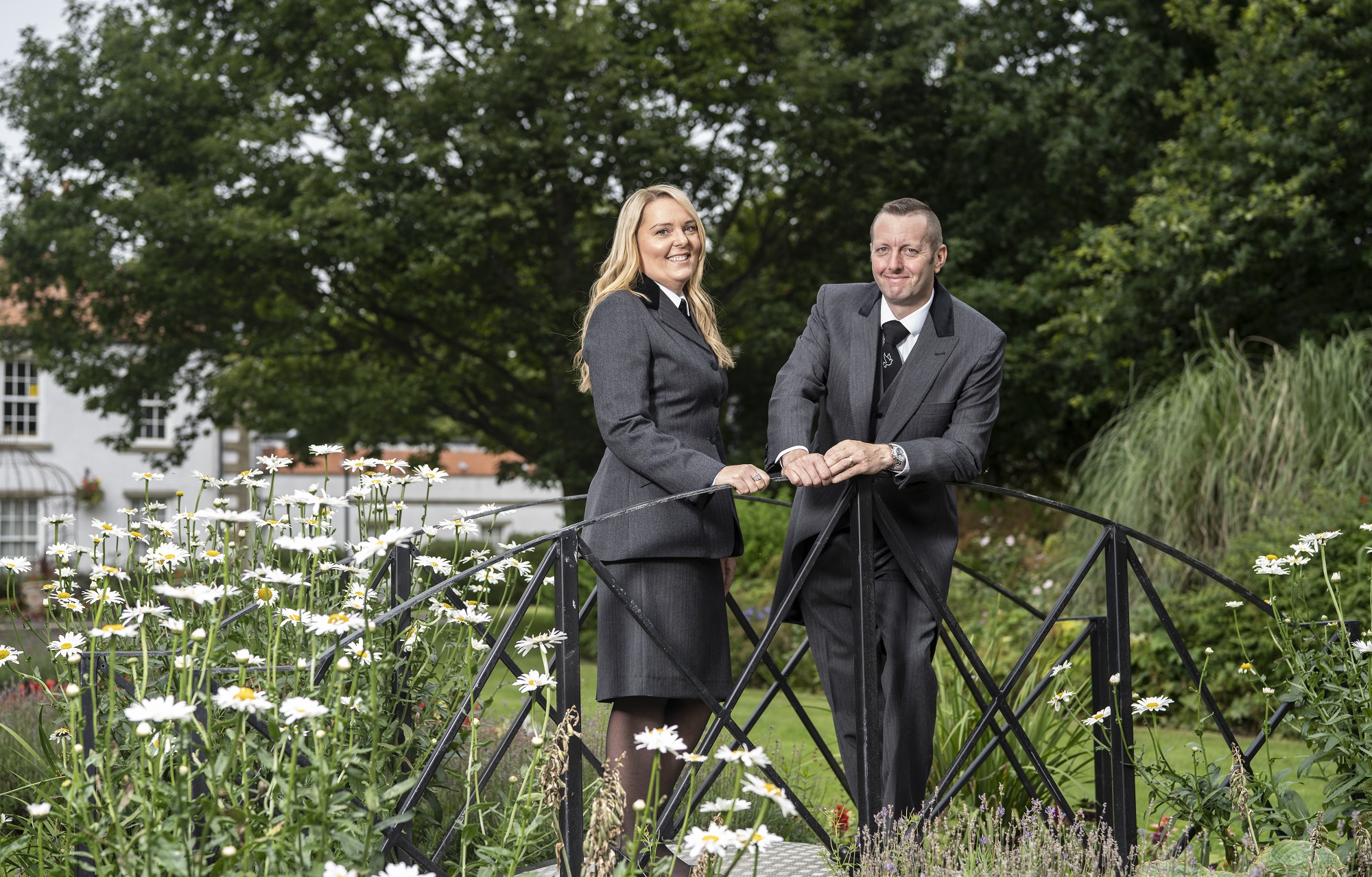 It’s 20 months since East Durham entrepreneurs John Delanoy and Julie Stout launched their partnership Delanoy Funeral Services. Since then, they’ve delivered dozens of bespoke funerals and rounded their first full year in business off with a nomination for a prestigious regional award. Editor

It doesn’t seem like two minutes since I sat down with John Delanoy and Julie Stout when they launched their new partnership, Delanoy Funeral Services.

In fact, it was 20 months ago, and the business is now well and truly established within the East Durham area.

And such has been their success in delivering funerals that are befitting of the individual, each personally planned with their own special touches, that the duo was shortlisted for a high-profile community award – made even more special because it was the result of nominations from people in the East Durham area.

Julie said: “Last year, our first full year in business, went better than John and I could have hoped for and to end it on the shortlist for the Northern Echo’s County Durham Together Awards 2021 was the icing on the cake.

“We were the only funeral company from County Durham to be shortlisted, which just shows how well we did. Over 3,000 businesses were nominated, and we feel incredibly proud that the families of those people whose funerals we’ve conducted took the time to put us forward.

“We were in the final three with Little Treasures Nursery winning the award and ourselves and St Cuthberts Hospice being the joint runners up.

“When we launched our partnership, it was with the aim of changing the way funerals were delivered and establishing ourselves within the heart of the East Durham community. This award is proof that we’ve done that.”

John and Julie launched as Delanoy Funeral Services and opened their new office in Peterlee in August 2020 after being introduced by a mutual friend.

John had been in the funeral industry since he was 16, becoming the fifth generation of Delanoys to work for the family business which was launched in 1897.

However, at the time of being introduced to Julie, he was looking at ways of freshening things up and was keen to modernise the way funerals were conducted.

Julie had worked in marketing for almost 25 years and was running her own successful company, Just Out Marketing, which she’d launched in in 2010.

Through various projects she’d delivered with funeral companies and her extensive wealth of experience, Julie had ideas which she thought could make a real difference to the experience families have as they prepare to lay their loved ones to rest.

And so, Delanoy Funeral Services was born.

Since launching John and Julie have conducted over 100 funerals and have introduced a number of new elements to press including the production of beautifully edited videos, which families can treasure as a permanent keepsake of their loved ones amongst many other bespoke and personalised aspects.

John said: “There’s no doubt meeting Julie was a pivotal event for me, “I’d been in the business from the age of 16 and took over from my mam around 12 years ago. However, whilst my business was fully established, I felt things were a little stale and our approach needed modernising.

“When I met Julie, I knew that for all our backgrounds were so different she was a passionate as I was about giving people the send-off they want and deserve.

“So, with her fresh eyes and the re-brand to Delanoy Funeral Services, we decided join forces, we looked at new ways for people to say goodbye whilst still using many old traditions which were at the heart of the business.

“We’re 20 months down the line now and it’s been a whirlwind year, not least because of the coronavirus pandemic which until very recently was still restricting the way we all lived and worked.

“Thankfully for us, during the time we’ve been in business together it has gone incredibly well and the families we have supported have been so complimentary about the funerals Julie and I have conducted for their loved ones.

“Their positive feedback has enabled us to grow, with everything we’ve made re-invested into the business so we can help even more people. By not taking a wage, we have been able to purchase a new Jaguar fleet of vehicles and open our office at Oakerside Park.

“It was also a key reason why we were shortlisted for the Northern Echo’s community awards. That wouldn’t have happened if it weren’t for people in the area putting us forward.

“The funeral business is in my bones but teaming up with Julie has been a game changer – she is so enthusiastic and her bubbly personality helps families feel at ease and enjoy the process as much as they possibly can. Yes, funerals are emotional and hard, but they can also be a celebration and a tribute to the person’s life.”

So, what does the year ahead hold for John and Julie?

Julie added: “We definitely want to continue to grow. Last year we were able to reinvest the money we made back into the business which supported our move to our new office and the investment in new vehicles.

“It’s an exciting time for the business and we’re optimistic about what the future holds for us.