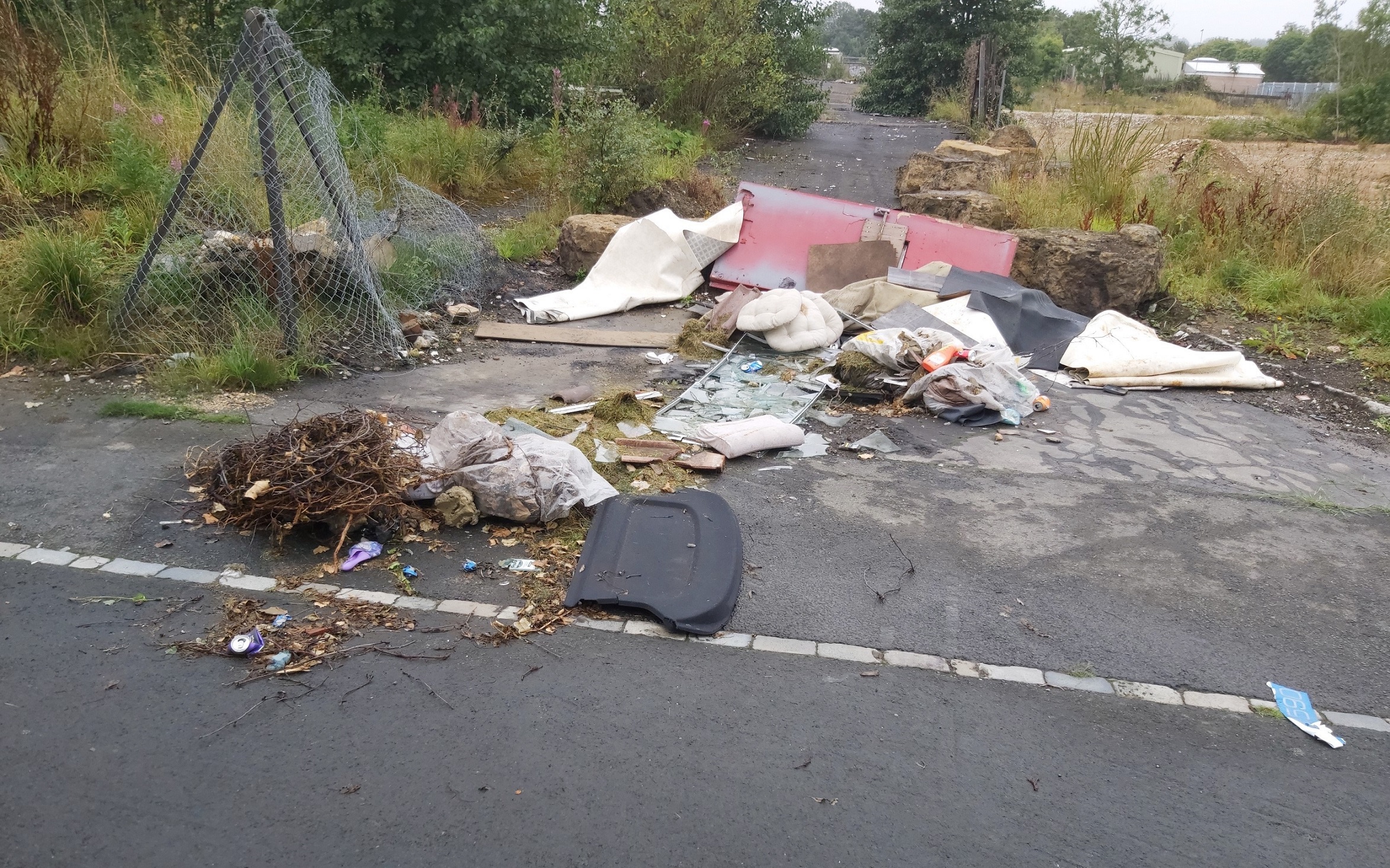 A Hartlepool man has been ordered to pay over £4,000 after he was caught flytipping at multiple locations in County Durham.

Durham County Council took legal action against Nigel Harker, of Leven Grove in Hartlepool, after he was observed by council staff and caught on CCTV dumping waste on a number of occasions.

Newton Aycliffe Magistrates’ Court heard that, in August 2020, a council neighbourhood warden discovered waste had been left on Faraday Road, North East Industrial Estate, in Peterlee, following a routine check of the area.

CCTV footage of the road showed a White Ford Transit tipper van stop at the site and, when it left the area, general household waste had been dumped.

The next month, a council officer witnessed garden waste being dumped from the same vehicle on Armstrong Road at the North East Industrial Estate.

As the officer approached, the vehicle drove away with its tipper still in an upright position and the tailboard hanging down with soil and garden waste gathered along it. The officer obtained the vehicle registration and reported it to his supervisor.

Registration checks were made with the Motor Insurance Bureau, which showed a woman as the policy holder of the vehicle. The council spoke to the woman, who confirmed that she owned the vehicle, however, Harker was the named driver.

A further flytip was then identified in November 2020 on a road near to Sheraton Hall Farm, near Hartlepool.

Wardens attended the location and, while speaking to the farmer, observed a different flatbed tipper truck parked at the farm’s entrance. The vehicle sped off when the wardens attempted to follow it.

CCTV footage of the area showed the cage of the tipper truck had been loaded with waste while it was travelling towards the location of the flytip and was empty as it drove away from the site.

An address was obtained from the rubbish, which consisted of general household waste and garden waste.

Council officers visited the address and spoke to a man who confirmed Harker had approached him earlier in the week about removal of waste.

Harker had informed the man that he had the correct licence to dispose of the waste and he was wearing a high visibility vest with a council logo on it.

CCTV of the property identified the vehicle used to collect the waste was the same vehicle that was seen near the flytip in Sheraton, and enquiries with the Motor Insurance Bureau for this vehicle showed that Harker was listed as a named driver.

Harker was issued with a section 108 notice requesting he attend council offices to assist with the council’s investigation.

Harker, 45, pleaded guilty to three charges of flytipping and one charge of failing to assist the council with its investigation. He was ordered to pay a £2,400 fine, £1562.30 waste clearance and investigation costs, and a £190 victim surcharge.

He was also issued with a Criminal Behaviour Order for a period of five years, which requires him to produce a valid waste carrier’s license to the council to prove he is licensed to dispose of waste.

The order also prohibits Harker from implying that he is acting as a waste carrier on behalf of any official body or authority, and he can only transfer waste if he has a valid a waste carrier’s license which has been produced to the council in advance.

Harker is also required to remain in contact with a council neighbourhood warden to provide updates in relation to the order.

Ian Hoult, Durham County Council’s neighbourhood protection manager, said: “We treat flytipping as a very serious offence. Not only does it cause environmental damage, but it also negatively impacts our countryside and open areas, and can block assess to roads, pathways and land. We know that flytipping is a significant concern among our residents, and we want to do everything we can to tackle it.

“In this case, Harker was proven to have flytipped on multiple occasions and failed to assist us with our investigation. This hearing shows how important it is to dispose of waste correctly, as we will take action against those who do so illegally.”