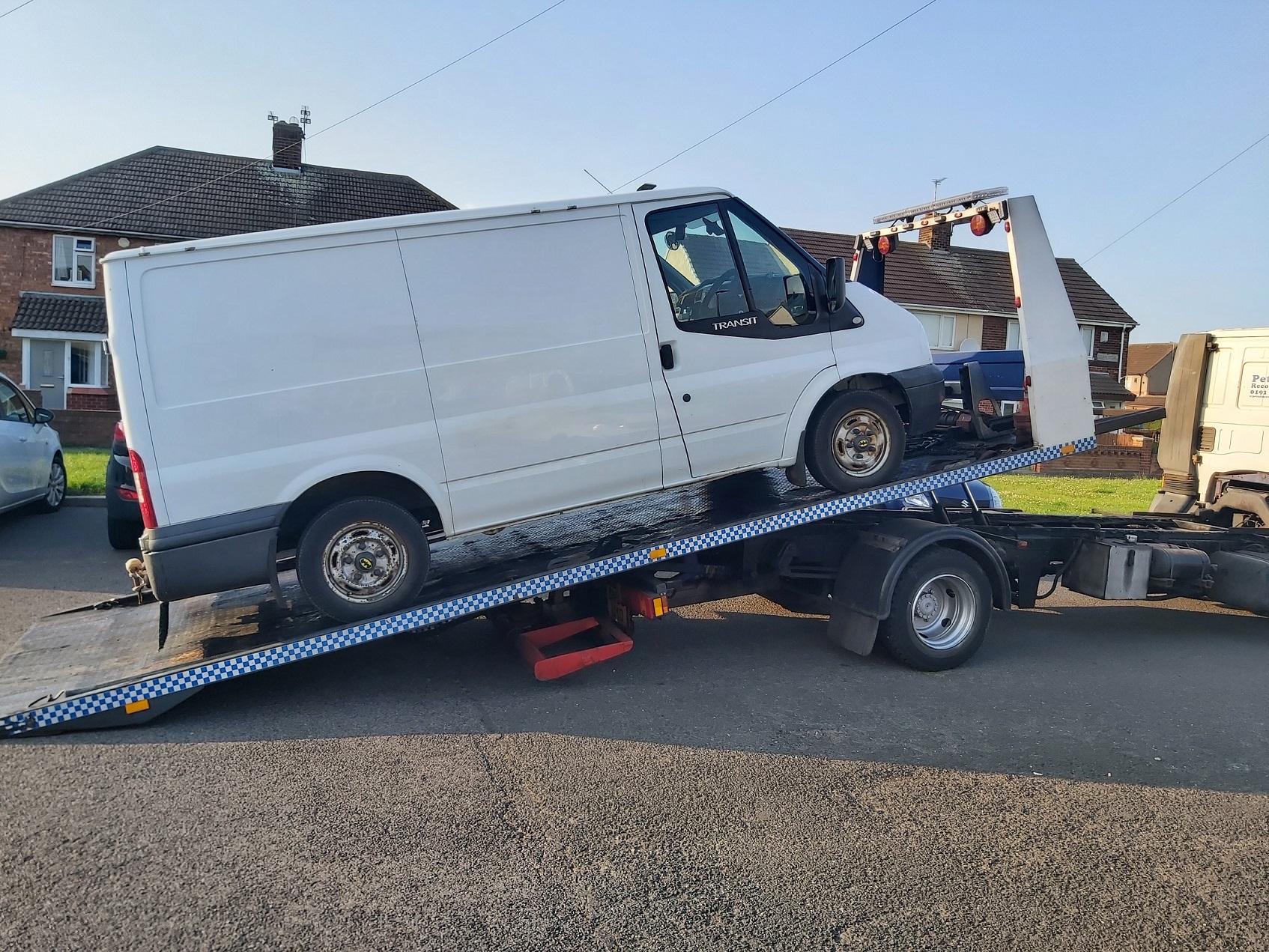 A man who was captured on CCTV repeatedly dumping fridges in a County Durham layby has been ordered to pay more than £1,700, received a suspended prison sentence and had his van seized.

The footage showed Ian Gordon Charlton, of Selby Grove, Hartlepool disposing of a total of ten fridges, on three separate occasions. The van has subsequently been auctioned off, raising more than £3,500 for environmental projects.

The warden checked the CCTV footage from a camera at this location, which clearly showed the offence taking place and the registration number of the vehicle.

On two further occasions in July 2021, the warden attended the layby again and, on each visit, observed that a further four fridges had been flytipped. CCTV footage showed that the same vehicle had been used and the same man was responsible.

Checks revealed that 62-year-old Charlton was the registered keeper of the van and he was asked to attend an interview under caution.

During the interview, Charlton denied any knowledge of the flytipping offences but admitted responsibility after being shown the CCTV footage. Charlton claimed that he removed the fridges, which are classed as potentially hazardous waste as they contain substances that can harm the environment, from a friend’s farm. He told investigating officers that he had originally intended to dispose of them at a site where he works as a waste collector, but gave no explanation as to why he instead chose to dump them in the layby.

Following investigation, Charlton’s van was seized by the council and sold at auction for £3,588. The proceeds will be used to fund environmental projects within the community.

The court heard that Charlton, who travelled from his home in Hartlepool to County Durham to dispose of the ten fridges, had no previous convictions. They also heard that the layby used by Charlton was regularly targeted by flytippers with signs on both its approach and in the layby itself, warning of the use of CCTV cameras in the area.

The CCTV camera that captured the offence is in one of many in operation across County Durham as part of Operation Stop It. This is a joint campaign led by Durham County Council, Durham Constabulary, Crimestoppers and the Environment Agency to reduce flytipping by educating people about their duty of care to dispose of waste correctly and taking enforcement action against those who fail to do so.

Charlton, who attended the court hearing, pleaded guilty to three offences under Section 33 of the Environmental Protection Act 1990.

Due to the repeat offending and hazardous nature of the waste dumped, the court could also have chosen to disqualify Charlton from driving but chose not to in this instance, taking into account that a disqualification would cause him to lose his job.

Ian Hoult, the council’s neighbourhood protection manager, said: “This was a repeated deliberate act, dumping potentially hazardous substances. This prosecution shows that we take such offences very seriously and will take action against those who fail to dispose of their waste responsibly.

“Where we can, we use any money raised in the process of tackling environmental crimes to enhance our county and several local environmental projects will benefit from the sale of Mr Charlton’s van.

“People who illegally dispose of rubbish undermine legitimate businesses. If someone offers to take away your waste, it is essential that you always check that it is being taken by a registered waste carrier and where it is being taken.

“We will continue to target those who dump waste illegally as there is simply no excuse for flytipping. There are many ways to dispose of waste correctly, including booking bulky waste collection or taking unwanted items to one of our Household Waste Recycling Centres.”

To find out more about how to dispose of waste, visit www.durham.gov.uk/recycling