Apprentices in the driving seat at Peterlee’s ZF 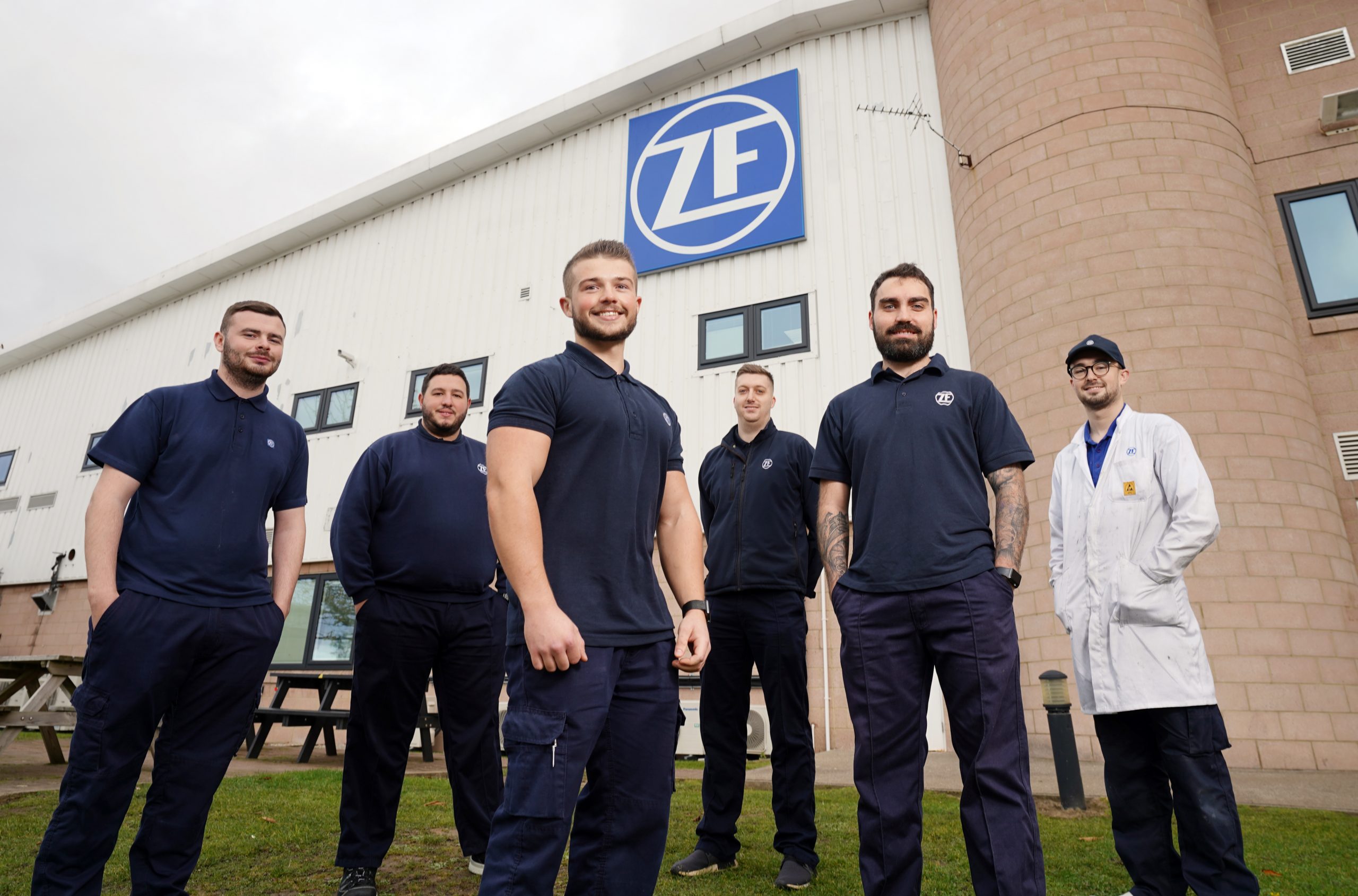 Global automotive technology leader ZF has announced the recruitment or promotion of eleven apprentices as it starts the new year in the driving seat for growth.

The Peterlee-based company, which produces camera safety equipment found in vehicles across the world, invests heavily in its talent attraction programme and works in partnership with Sunderland College to recruit apprentices in a range of disciplines.

Over the past few months, ZF has brought in several new employees who will undertake learning and development alongside hands-on training with the company also looking to recruit two more apprentices – one in HR and one in logistics.

Ronan O’Driscoll has been appointed as the new finance apprentice, working under the guidance of accountant Joanne Buswell.

Meanwhile, Michael Dobson has been recruited as a maintenance apprentice. He will spend his first year at college before coming into ZF to begin learning on the job while continuing his studies on a part-time basis.

In addition, three apprentices have transferred to the Peterlee plant from the Sunderland factory.  They are Adam Hall from the maintenance department and Jake Richardson and Sam Wright from the engineering department.

HR Manager Lisa Hudson said: “We’re delighted to announce the appointment of a further five apprentices, who will all play a key role in our continued growth.

“Our apprentices are vital members of our team, who each bring something different to their respective roles. We aim to support them during their learning and development to prove themselves and go on to secure permanent roles with us.

“Attracting young talent is equally as important as securing individuals with years of experience and we’re very pleased with how this latest tranche is settling into the business.”

Carolyn Bird from the HR team said: “Connor, Aaron, Cory and Ryan have all demonstrated an excellent work ethic during their apprenticeships, so we’re delighted that each has been offered a permanent role within the business.

“Within the HR team, Ellie has become a real asset and has rightly been rewarded with a permanent contract.

“For all five, it’s a great way to start 2022 and is a real incentive for our recently recruited apprentices who know that if they prove themselves, there’s a possibility they’ll be rewarded with a permanent job.”

Finally, finance apprentice Meghan Heslop, who joined the business in September 2019, is now studying at Level 4 of the AAT qualification, after successfully completing Levels 2 and 3.

Carolyn Bird added: “Meghan immediately hit the ground running and she has established herself within the heart of the finance team. She has worked at the very highest levels when needed and she is now studying towards the AAT Level 4 qualification which, once completed, will mean she’s a fully-registered accountant.”

ZF Peterlee, which employs over 1,000 people, is a worldwide leader in the production of camera safety technology, with millions of pounds of investment committed in the last few years to support the continued growth of the market.

If you are interested in applying for the apprentice vacancies, please contact Carolyn Bird at the following email address: Carolyn.bird@zf.com.