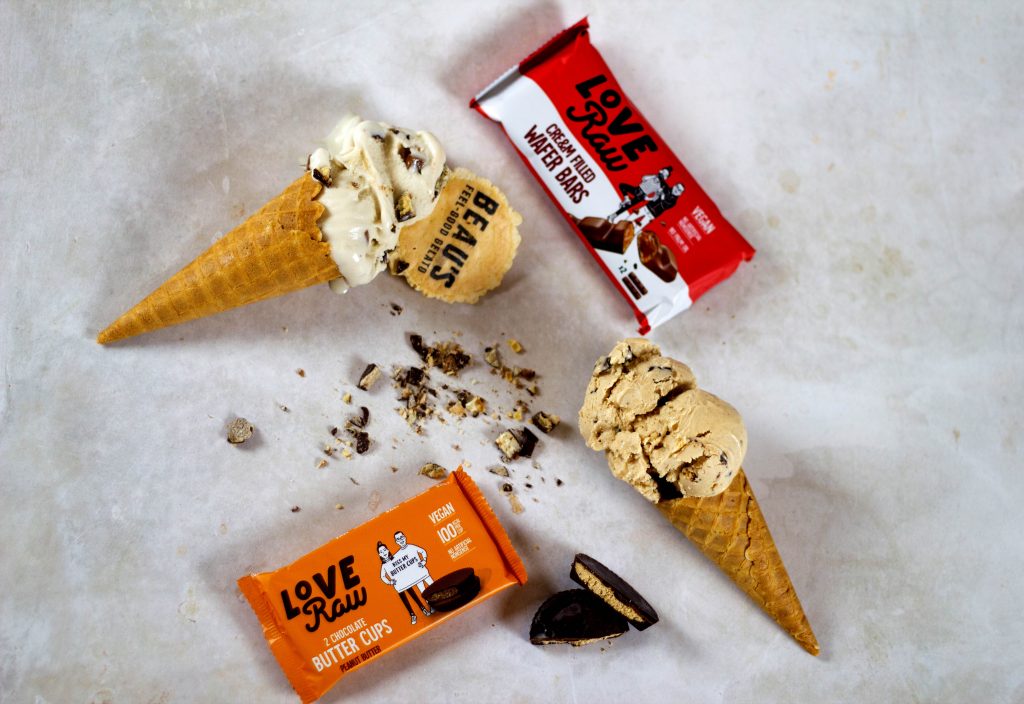 Both flavours come in 450ml recyclable tubs, accompanied with vegan cones, wafers and toppings in the box. All boxes arrive frozen using carbon-neutral delivery and can remain so for up to twelve house after delivery before needing to be placed in the freezer.

“Veganuary is such a brilliant initiative to support people considering transitioning to veganism, or just trying it for the first time, so we wanted to create something that would be both familiar and a bit special, to encourage people looking at switching to vegan options,” explains Amber Fox-Eyre, co-founder at Beau’s Gelato. “The LoveRaw team has been brilliant to work alongside and the perfect partner for our first ever flavour collaboration.”

“With one third of people in the UK already consuming plant-based milk as a preference*, choosing plant-based for other traditionally dairy products – such as cheese, chocolate and ice cream – can be a relatively simple switch,” adds Joseph Eyre, co-founder at Beau’s. “We want to highlight that there are now an abundance of delicious alternatives out there that people can try: plant-based is no longer synonymous with inferior quality.”