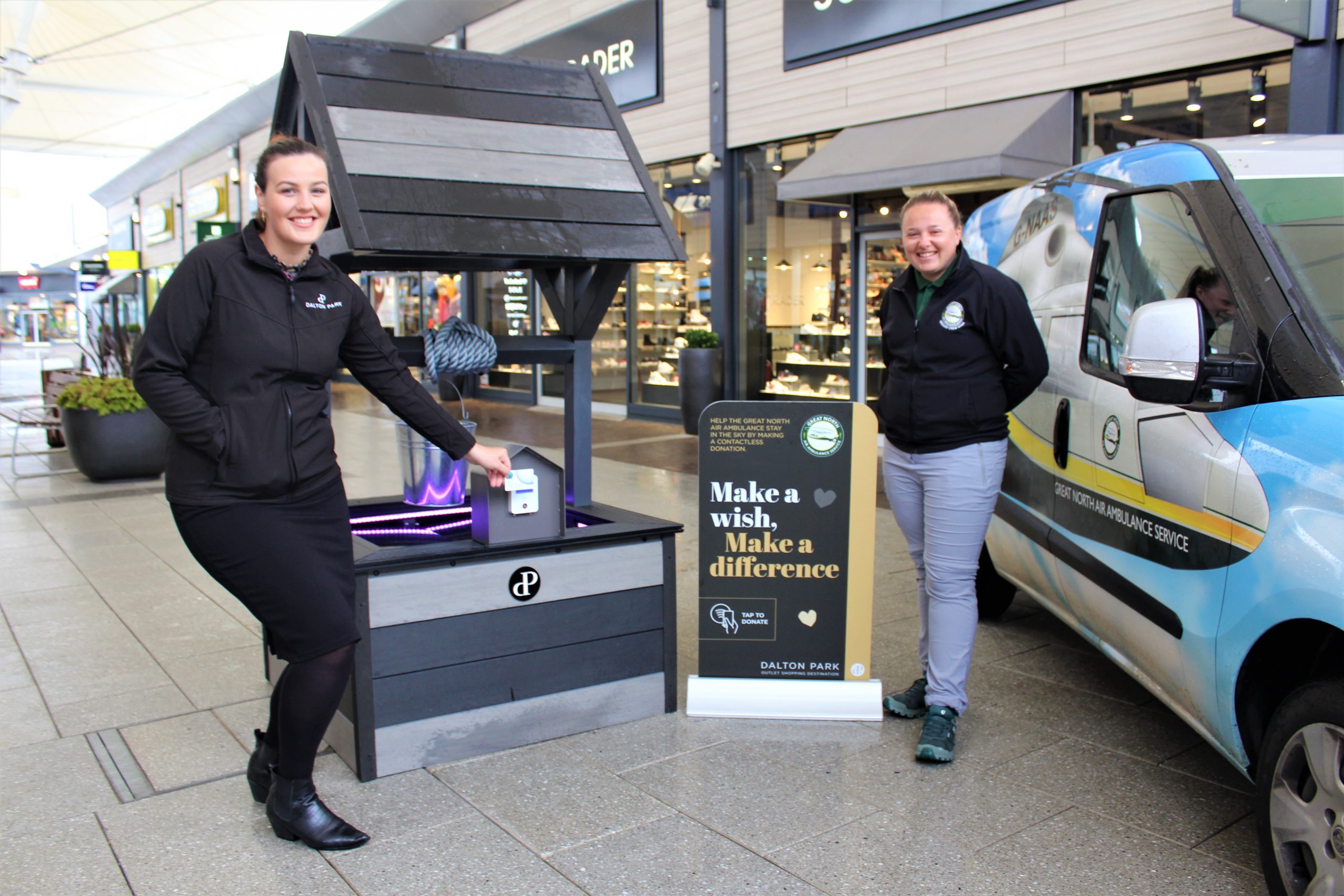 Long-time Dalton Park visitors may remember a wishing well from a few years back where shoppers could throw coins which were collected for charity.

Centre Manager Jerry Hatch says: “Whether you’re wishing to find a new outfit, wishing for something to keep the kids entertained, or wishing to find the perfect Christmas present – chances are those wishes will come true at Dalton Park! We’re thrilled visitors can now make a wish to keep the Great North Air Ambulance in our skies, saving lives.

“When a donation is made with the new wishing well, the LED lights flash and you’ll get a big ‘thank you’ from Dalton Park.

“It’s a bit of fun, and anything that drums up support for such a phenomenal charity as The Great North Air Ambulance Service is well worth having!”

Sophie Bendelow, volunteer coordinator from the Great North Air Ambulance said: “The life-saving service provided by the Great North Air Ambulance Service is entirely funded by public donations, so all fundraising efforts – however large or small – are vital to help our helicopters stay in the sky. We’ve responded to over 20,000 incidents since 2002 and we’re proud to say our critical care team have remained operational across the region throughout the pandemic.

“We’re delighted to see Dalton Park supporting our service with the new wishing well, and we look forward to seeing shoppers put it to good use!”

Looking ahead to 2022, Dalton Park is hoping to incorporate an interactive element to the wishing well, where loose change can also be accepted in addition to contactless donations.