Illicit cigarettes and tobacco seized from properties in Blackhall 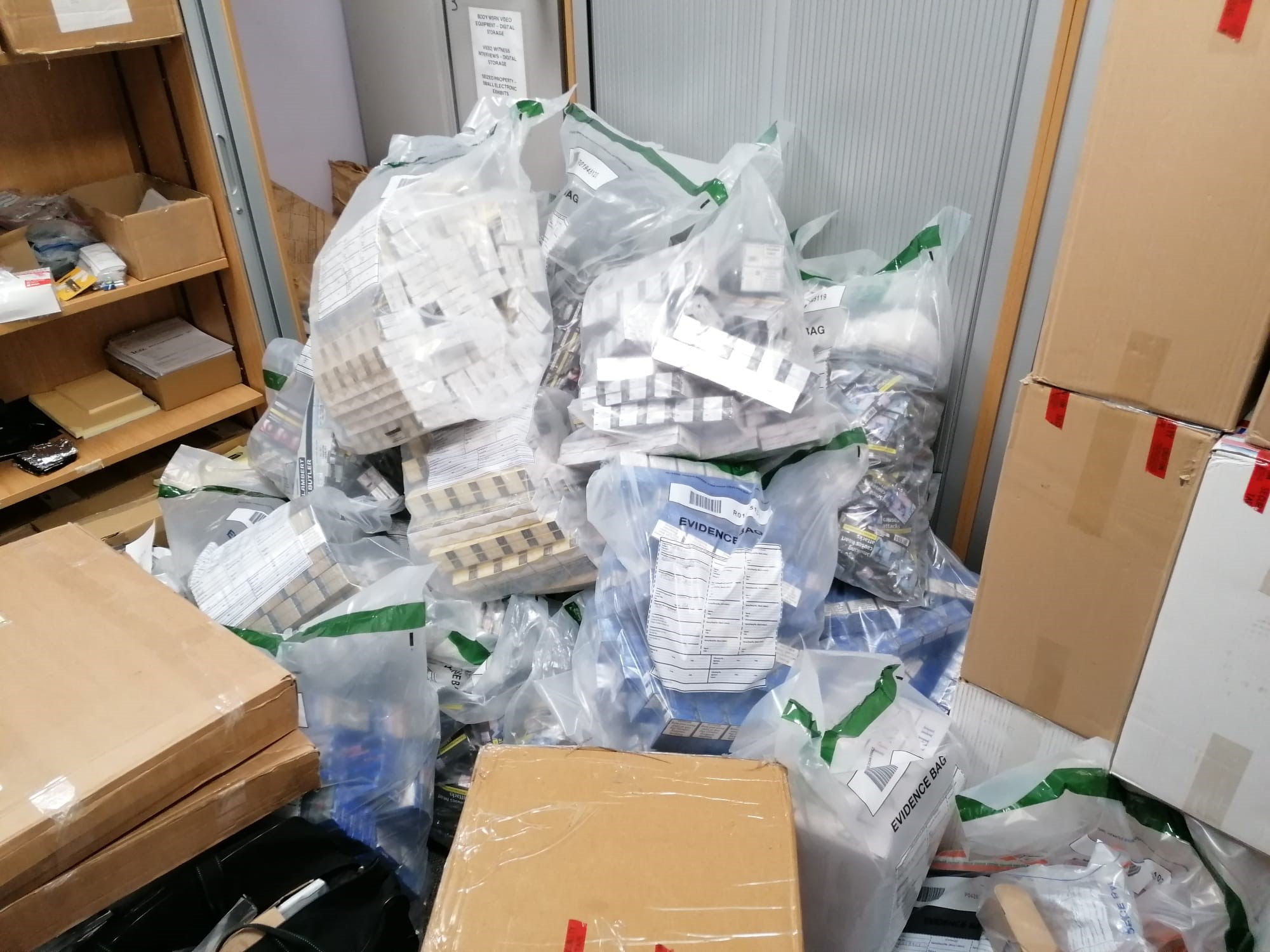 Illicit cigarettes and tobacco with a legitimate market value of more than £100,000 have been uncovered as part of an investigation.

The operation was undertaken with support from the North East Regional Special Operations Unit, Durham Constabulary, Cleveland Police and the National Crime Agency.  It was also supported by Operation Cece – an Her Majesty’s Revenue and Customs funded National Trading Standards project to tackle supplies of illegal tobacco.

During the operation, officers seized more than 165,000 illicit cigarettes and 53 kilograms of hand rolling tobacco. In addition, nearly £15,000 was seized on suspicion of representing the proceeds of crime, and a vehicle which will be detained until the conclusion of enquiries.

Two men have been arrested on suspicion of conspiracy to supply counterfeit tobacco products and conspiracy to launder money. They were interviewed by the Trading Standards team and have been released under investigation while enquiries continue.

Owen Cleugh, the council’s public protection manager, said: “Selling illegal tobacco affects communities on many levels. As well as having a serious impact on health, it brings crime and nuisance to neighbourhoods, makes it easier for children to get hold of cheap tobacco, and undermines the efforts of stop smoking services.

“It also affects legitimate retailers who operate within the law.”

Kevin Benson, Government Agency Intelligence Network Co-ordinator from the North East Regional Special Operations Unit, said: “We regularly work with our partner agencies to reduce the harm caused in our communities by the illegal trade in tobacco. Illicit cigarettes can often end up in children’s hands and the profits often find their way to criminals.

“We would urge all members of the public to continue reporting criminal activity in their neighbourhoods so we can take action to prevent it.”

Information about illicit tobacco can be given anonymously, either by calling 0300 999 000 or visiting https://keep-it-out.co.uk/

The public can also follow the work of Durham County Council’s Trading Standards team on Facebook at https://www.facebook.com/DurhamTS