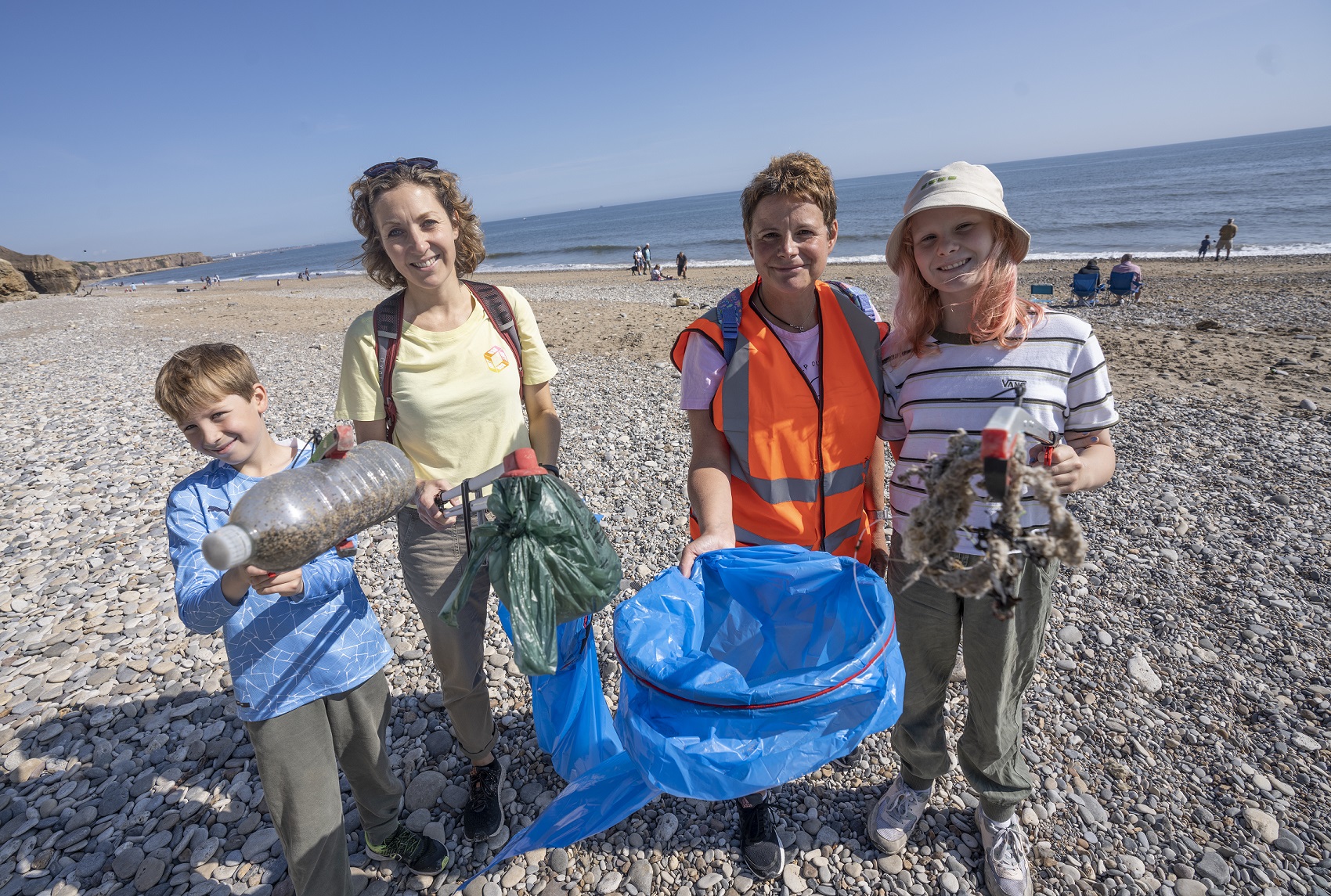 A north east council and volunteers, who conducted litter picks to keep the County Durham coastline beautiful, are urging visitors to leave the beach as they find it.

Durham County Council is reminding the public of the importance of tidying up after themselves and acting responsibly, following an increase in litter and reports of anti-social behaviour along the county’s coast.

Council officers are working with local community groups, providing litter picking equipment and coordinating tidy-up events along County Durham’s shores. Thirty bags of rubbish were collected at just one site on a recent trip to Limekiln Gill, near Horden.

Cllr Mark Wilkes, the council’s Cabinet member for Neighbourhoods and Climate Change, said: “Approximately 10 million tonnes of litter end up in our seas each year across the world. In County Durham we have noticed a big increase in the amount of litter strewn along the coastal areas and we would like to remind members of the public of the importance of taking responsibility by placing rubbish in a bin or taking it home with them.

“County Durham has one of the finest coastlines in England, with a unique landscape and an array of wildlife, but we need support from our visitors to keep our beaches clean and safe for everyone to enjoy.”

As part of the £5 million Seascapes project, the council is working in partnership with authorities and organisations in Hartlepool, Sunderland and South Tyneside to improve access to coastal areas between the Tyne and Tees.

One of the issues the partnership is working to tackle is anti-social behaviour at the coast.

In response to a number of burnt-out cars on the beach, entrances to Ryhope Dene have been blocked to road vehicles and barriers are set to be improved further to prevent quad bikes from accessing the site.

It is hoped that new housing development schemes in the area, and the subsequent increase in resident numbers, will also prevent anti-social behaviour, which is more prevalent in quiet and sparsely populated areas.

The partnership is looking at solutions to prevent the nuisance which can be caused by off-road motorcycling too, working with Durham Constabulary and other agencies, and carrying out regular patrols targeted areas.