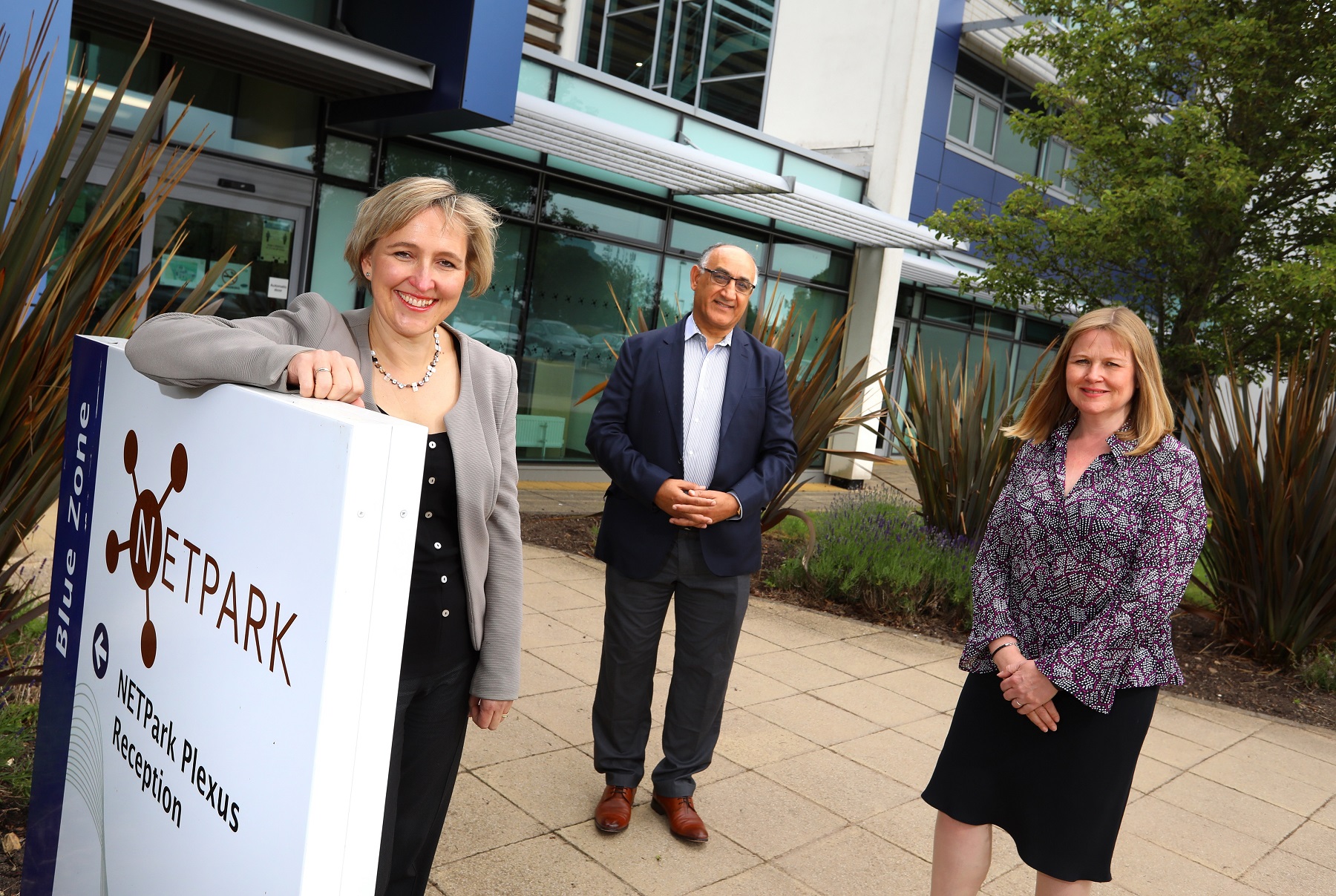 A new report by the UK Space Agency has highlighted that the North East’s thriving space sector has led to a jobs boost in the region.

The recent ‘Size and Health of the UK Space Industry’ report revealed the number of people employed in the space sector in the North East is up 12% to over 1,000.

The report also highlighted that the number of space organisations in the region is up 50% from 34 to 51, with income from the North East’s space sector totalling £88 million.

The North East Centre of Excellence in Satellite Applications, based at North East Technology Park (NETPark) in Sedgefield, has played an important role in the growth of the region’s space sector.  It champions space opportunities within the region, and connects businesses to bring new expertise into the sector.

Business Durham, the business support service of Durham County Council, has led the North East Satellite Applications Centre of Excellence since April 2014, engaging with over 670 organisations, establishing links between 277 business and universities, and helping companies secure £9.2M worth of funding.

The centre, which is supported by the Satellite Applications Catapult and UK Space Agency, is focused on using satellite applications to create a safer world, addressing challenges including sustainable living and climate change, security of supply chains and resilience in infrastructure and assets.

Cllr Elizabeth Scott, Cabinet member for Economy and Partnerships at Durham County Council, said:  “County Durham has a thriving advanced engineering sector with a growing expertise in the space sector, as shown in this report.  It’s wonderful to have the hard work, expertise and ingenuity of the companies in County Durham and the wider North East recognised by the national space industry body.

“High-standard facilities, such as that in NETPark in Sedgefield are a fantastic opportunity for companies in the sector to find space to expand while staying in the region. Along with the research and development work done by Durham University with businesses means that vital jobs are created in County Durham and, as they grow, more employment opportunities are created.”

Sarah Slaven, Interim Managing Director of Business Durham, said: “It is fantastic to see the North East firmly on the map of the UK’s space landscape. The region’s space sector has been growing over recent years and we’re delighted to see it being recognised by UK Space Agency in this report and hope it will highlight the incredible opportunities on offer in the North East.

“The North East Satellite Applications Centre of Excellence has become a focal point of activities for space and satellite technologies, acting as a catalyst for job creation. We encourage businesses to take advantage of the support on offer from the centre, as well as collaborating with other space and technology companies in the region, nationally and beyond.”

Staff from the North East Centre of Excellence in Satellite Applications will be attending Space-Comm Expo at Farnborough on July 7 and 8 to raise the profile of the region and to promote the North East to companies and organisations in the space sector.

Thomas Bayat, Managing Director and CEO of ISOCOM, said:  “The North East offers excellent heritage and capabilities in manufacturing space products and systems. We have been based in the region for over 30 years and have gained global recognition for optoelectronic components for satellites and space applications. We are currently working with Northumbria University’s Institute of Free Space Communications and Navigation to produce world beating technology which will revolutionise satellite communications.

“It is fantastic to be able to involved in these types of projects and to be able to help raise the profile of the North East space sector. Over the years, we have been supported by Business Durham through the North East Satellite Applications Centre of Excellence, which has been invaluable as they connected us with similar businesses, introduced us to universities and provided funding advice – all of which has been invaluable in helping ISOCOM grow.”

As the space industry is a government priority sector, it is a great opportunity to become part of the North East space community especially as the UK Space sector is growing with an income of £16.4 billion for the UK.

Science Minister Amanda Solloway said: “The space industry is at the heart of our plan to level up Britain and bring new, high-tech jobs to the North of England.  As we build back better from the pandemic, the government is working with local and international space companies to deliver the investment, support and skills training that people need to build careers in Britain’s most exciting sector.”

Dr Graham Turnock, Chief Executive of the UK Space Agency, said: “The UK is already a world leader in small satellite technology and applications, telecommunications, robotics and Earth observation, while British universities are some of the best in the world for space science.

“It is fantastic to see our innovative space sector investing in the future through increased commitment to research and development – and to see more and more jobs being created in this exciting industry.”