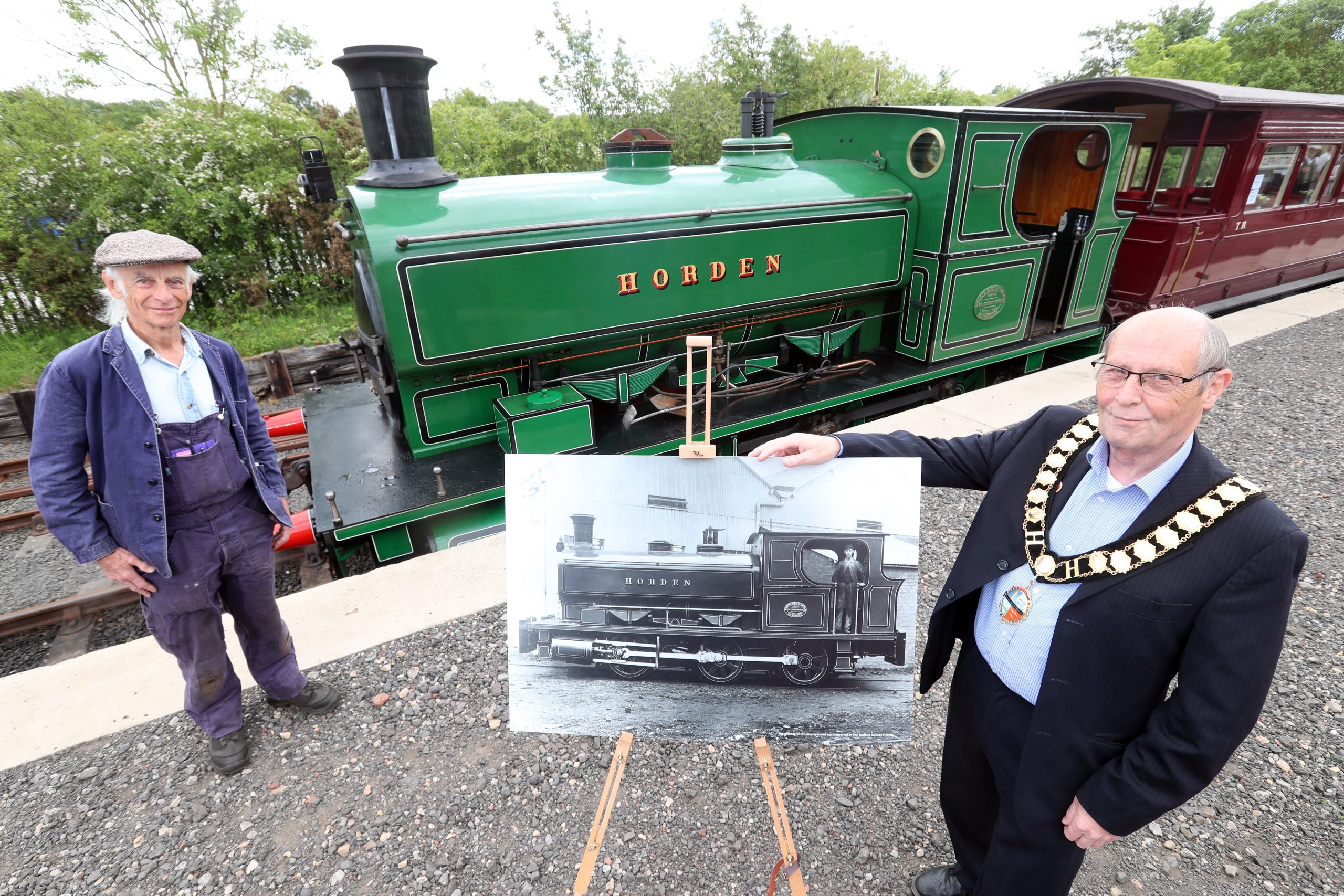 A seven-year restoration for a unique survivor from County Durham’s mining past has been completed. The 1904-built steam locomotive Horden was officially relaunched into traffic at Tanfield Railway.

Beset problems ranging from historical accident damage to the theft of £20,000 of components during the first coronavirus lockdown, the result was described as a ‘triumph’ by one guest at the official launch. The locomotive, the first bought for Horden colliery on the Durham coast has been returned to the condition it was in when built; complete with intricate paintwork and gold leaf lettering.

Dignitaries from Horden were among the invited guests on Saturday, 12 June for the official launch. Following a speech by National Railway Museum Senior Curator of Rail Transport and Technology, Anthony Coulls, a bottle of beer was smashed over the buffer beam.

Smashing the bottle was Peter Weightman, the man who saved Horden from scrap in 1972 and eventually masterminded the restoration. The work was carried out almost entirely by a volunteer team at the Tanfield Railway.

Peter said: “It’s been a long project, lots of really hard work has gone into it, but I have to say I think it was worth it for the end result. Before the restoration many people wrote Horden off as a bit of a no-hoper. It was in a very battered state and had suffered collision damage when working for the National Coal Board.

“But we could see just how great Horden could be if fully restored. Seeing it back in steam pulling trains for the first time in 49 years is really satisfying.”

On Sunday, 13 June Horden worked its first passenger trains. Demand was strong with visitors coming from across the country for their chance to ride behind it.

Tanfield Railway General Manager, David Watchman, said: “We met some great people over the weekend who remember Horden from its time working at collieries in east Durham. They brought the history of the locomotive and the area to life.

Horden was built in 1904 for the opening of Horden colliery on the County Durham coast. The pit was once the biggest in the world employing thousands of men, but the steam locomotive Horden is now one of the largest remaining artefacts from the colliery.

After nearly 70 years at work, Horden finished its career at nearby Shotton Colliery in 1972 before being preserved at the Tanfield Railway.