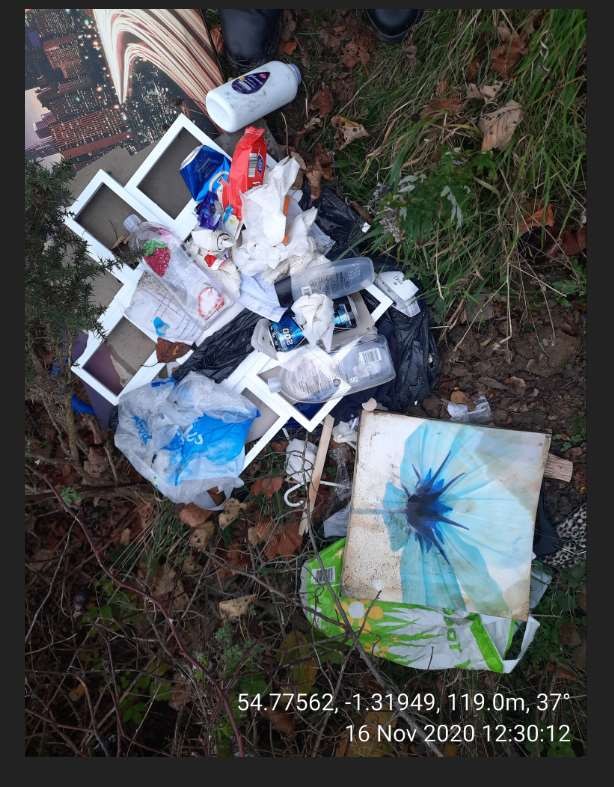 A County Durham man has been ordered to pay almost £700 after flytipping close to a Household Waste Recycling Centre.

Josh Wray, of Burnside Avenue, Horden, has appeared in court after waste was found dumped at Warren House Gill in the village, just beyond the Horden recycling centre.

A neighbourhood warden from Durham County Council, who was carrying out a mobile patrol of known flytipping hotspots, came across the dumped black bin liners filled with household waste in November last year.

Inside the bags were a number of letters, which were traced to Wray’s aunt, who confirmed to the warden that she had paid her nephew £30 to remove the waste.

When the warden spoke to Wray, he confirmed that he was responsible for the waste but said he could not afford to pay the Fixed Penalty Notice which was offered to him.  He then failed to attend an interview scheduled for December.

At Peterlee Magistrates Court, 22-year-old Wray pleaded guilty to flytipping and said he had been out to make quick money.

Ian Hoult, Durham County Council’s neighbourhood protection manager, said: “There really is no excuse for flytipping. There are many ways to dispose of your unwanted items correctly, including in this case, a Household Waste Recycling Centre just along from where the rubbish was dumped.

“Unwanted items can be taken for free to any of our recycling centres or residents can also book a bulky waste collection. Anyone paying for someone to take away their waste should always ask where it is going. If the price seems too good to be true, it probably is, so it is always better to be cautious.

“Thankfully, most people dispose of their waste responsibly across County Durham. For the minority who don’t, we hope this latest prosecution serves as a reminder as to how seriously we take this issue. We would also encourage anyone to report any instances of flytipping in order to help us to take action against those who choose to blight our landscape in this way.”