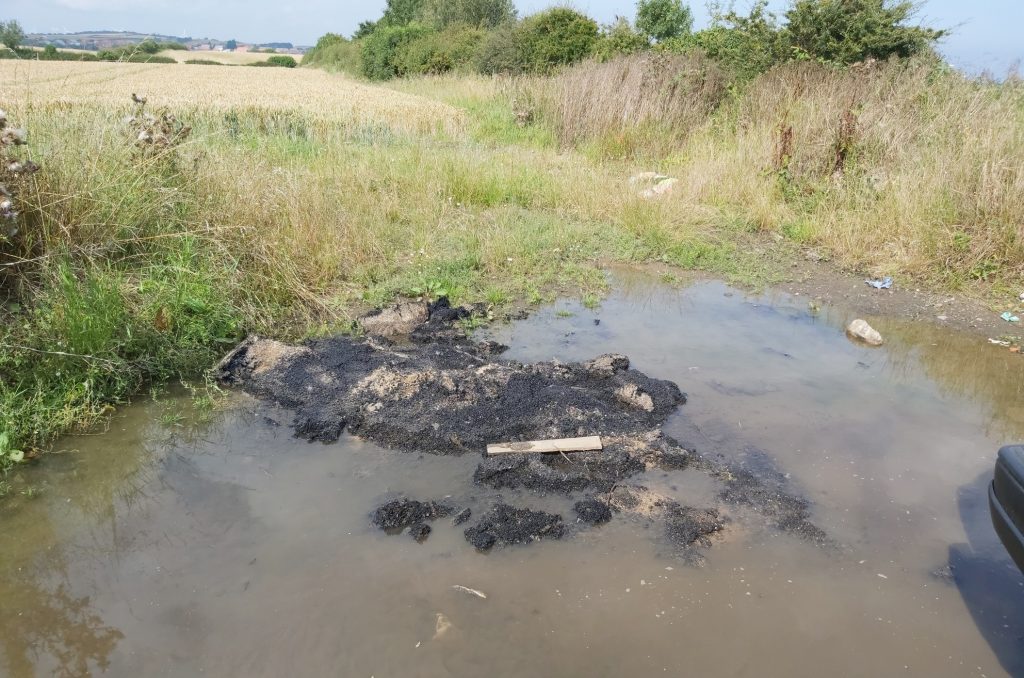 A man has been ordered to pay almost £400 after CCTV footage captured him dumping tarmac next to a farmer’s field.

One of Durham County Council’s neighbourhood wardens spotted the waste strewn across the entrance to a field on Petwell Lane, Easington Colliery, in August 2020.

Footage from CCTV showed that two fly-tipping incidents had taken place that month, one on 7 August and one on 14 August, when two men were shown getting out of a white Ford Transit tipper-type van and leaving the tarmac at the rear. The landowner had not given any permission to anyone to deposit on the land.

An investigation found the driver of the van to be George Turton, 64. In a hearing at Peterlee Magistrates’ Court he admitted a charge of depositing controlled waste otherwise than in accordance with an environmental permit.

In mitigation, Turton said he was working for a construction company and believed that the land was council-owned and that he could dump tarmac in unfilled holes on council land. He would then return and cover them with a base coat. He now accepts that he did not have this permission and the land was privately owned. He subsequently lost his job following the incident.

Turton, of Tarn Close, Peterlee, was fined £80 by magistrates and ordered to pay a £34 victim surcharge as well as £130 legal costs and £150 investigation costs.

In a separate case, a woman has admitted fly-tipping in three separate incidents last year. Lillian McGowan left items near garages on Leven Walk, Peterlee, between 16 March and 21 July 2020, all of which were captured on CCTV.

In mitigation, McGowan, of Leven Walk, said she couldn’t take the items to a recycling centre as she does not have a vehicle. She added that she wouldn’t fly-tip again.

Ian Hoult, Durham County Council’s neighbourhood protection manager, said: “These cases are a reminder that we will always do all we can to hold those who fly-tip to account. Businesses must make sure that they dispose of waste correctly and householders should also check that anyone who says they can take away their rubbish is registered to do so.

“There really is no excuse for fly-tipping, your waste is your responsibility, and there are several ways to get rid of waste responsibly in County Durham such as taking it to one of our household waste recycling centres free or by booking a bulky waste collection.”