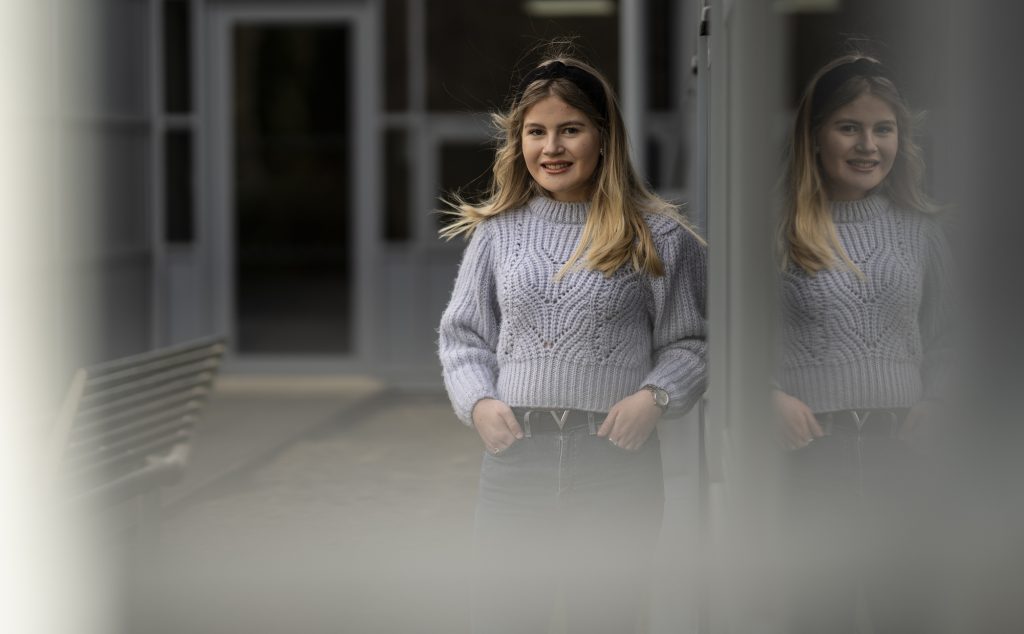 In a new series of blogs for the ‘Lifestyle and Leisure’ section, Lucy Wood from Peterlee shares her experiences of living life with Multiple Sclerosis and the challenges the condition has presented to her from diagnosis at the age of five.

Growing up, MS has had a significant impact on my life. When I was diagnosed at the age of five, I missed out on a lot of school and being able to grow up as like any ordinary child would. However, I have never let MS hold me back and as my Mam would say, I have taken everything in my stride.

Hospitals were like my second home to me; I seem to have spent a great deal of my childhood there. But it wasn’t all bad – I can remember whilst I was there eating an obscene amount of vanilla ice cream which would certainly keep me preoccupied and my mind off the reason I was there!

I often felt like a guinea pig as doctors had never come across a child as young as me with MS before and would say to my Mam that it is ‘as rare as hen’s teeth’. They tried using steroids to bring me round and out of a continuous spiral of relapses – they hoped by giving me high doses to take it would prevent further occurrences. However, each time they would reduce the dose of steroids, I would relapse. I can vaguely remember once being in primary school and I went to the toilets and had a relapse. Luckily, I have not had a relapse in nearly ten years as I have been stabilised with disease modifying drugs.

However, because of MS it has given me some opportunities which I would never of experienced if it was not for the campaign work that I was apart of. For example, I had the privilege of going to 10 Downing Street as Samantha Cameron, wife of former Prime minister David Cameron, was holding a meeting to highlight recognition of MS. I also was able to meet my favourite band JLS, as band member Oritsé Williams’ Mam has MS too, and they also surprised me and my family at the MS Awards and presented us with the inspiration on the year award in 2011.

Overall, MS has had an impact on me throughout my life, but I’ll always say MS does not control me, I control MS!

In my next blog I will chat about moving into higher education and how I’ve continued through my studies with MS.