Do you know the location of the shop and people in this photograph? 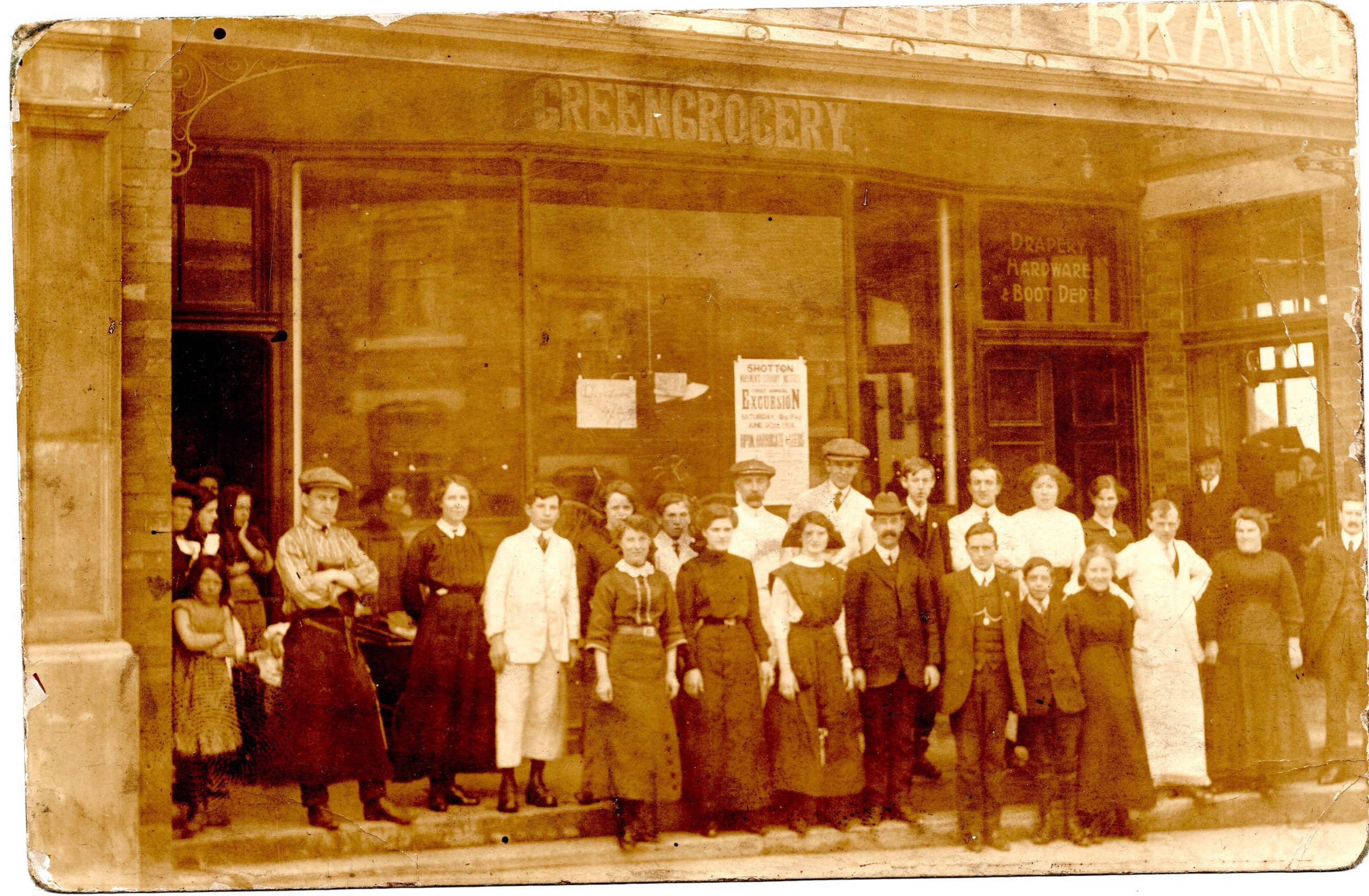 Residents are being asked to help uncover the identity of the location in an old photograph found in a collection belonging to an East Durham couple.

The photo, which shows a greengrocers shop with many people outside of it, was found by George Kevin Bell, who was sorting through his late grandparents’ belongings.

Their grandparents, Christopher Bell and Catherine Leggett, were born in Shotton Colliery in 1904 and lived there until 1923 when they moved to Wheatley Hill.

George, who lives in Newton Aycliffe, said: “We don’t know why my grandad kept this photo and we don’t recognise anyone in the picture. But we think looking at it, it could possibly be somewhere in Shotton Colliery.

“If anyone has any idea where and when this photo was taken or knows anyone in it then please let us know.”

George Kevin can be contacted by email, durhamweddingvideo@yahoo.com.