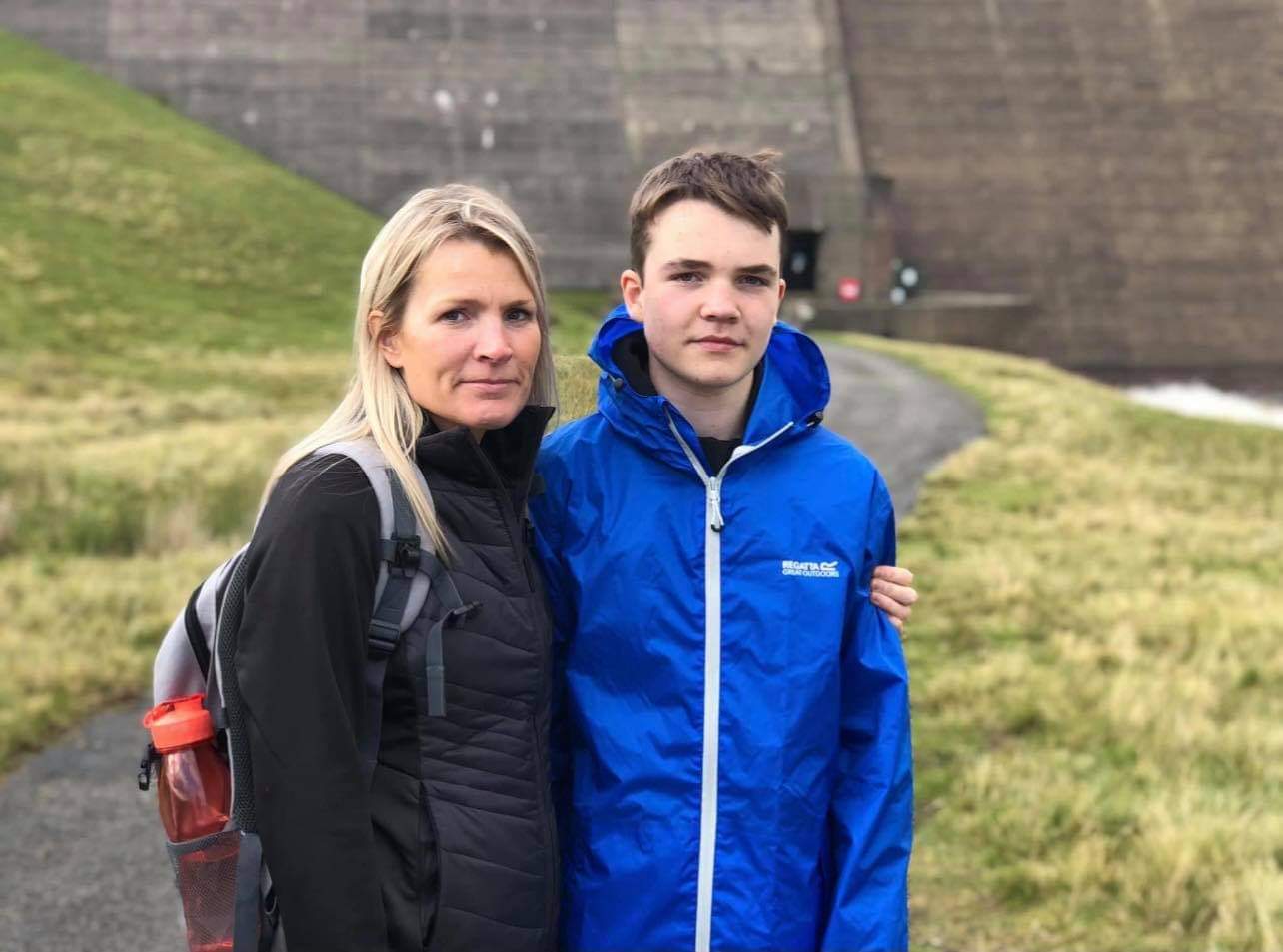 A Peterlee mum has undergone life-saving brain surgery – just 24 hours after doctors told her she had two days to live.

Emma Selby was admitted to James Cook University Hospital in Middlesbrough last week after doctors found she had a bleed from one of the three brain tumours she is suffering with – a high grade astrocytoma, which is the most aggressive of the three.

And after arriving at the hospital, the 38-year-old was told there was nothing that could be done and that she and her family should prepare for the worst.

However, after being granted a transfer to Newcastle’s Royal Victoria Infirmary for a second opinion, the Selby family were given the best Christmas present they could have hoped for – that one of the hospital’s surgeons was prepared to operate on the astrocytoma and was confident he could remove 90 per cent of it.

On Saturday Emma underwent a six-hour operation and is now recovering. The family believes that the immunotherapy will help treat the remaining 10 per cent and the two other tumours.

Karen Selby is Emma’s sister and has been fundraising for the last two months to raise the money needed to pay for the immunotherapy treatment – a course of action the family had believed was their only hope.

Karen said: “It has honestly been a rollercoaster few days for us, going from thinking we were losing Emma to now looking ahead to Christmas with her in recovery from this operation which has removed 90 per cent of the tumour.

“It really is a Christmas miracle.

“I spoke with Emma when she was in recovery and she was like a different person – I don’t think we can believe it.”

The surgery comes six months after Durham County Council worker Emma, who is mum to 14-year-old Thomas, was told doctors has found a third inoperable brain tumour, three years after she was diagnosed with her first tumour after suffering from dizzy spells, sickness, severe headaches and a twitchy eye from 2016.

Prior to the operation, the Selby family and the Peterlee and Easington communities where the family are from had collectively raised over £30,000 towards a course of immunotherapeutic dendritic cell therapy, a drug-free treatment which extracts the patient’s blood to be medically altered to make it super-fighting, before it is re-injected back into the body.

The treatment has been around for over 20 years but more recently has become recognised as a promising alternative to battling many forms of advanced cancer.

Karen added: “This is the best Christmas present we could have hoped for and now, after this surgery and the ongoing immunotherapeutic treatment, there is real hope for Emma.

“I can put my Christmas lights on now – I had my tree up but it didn’t feel right to put the lights on with everything that was happening to my sister.”

Karen, her parents Victor and Anna and the rest of Emma’s family are continuing to fundraise for the next two stages of the treatment and are keen to thank everyone who has supported their efforts so far.

“We have been overwhelmed by how much everyone has helped us; it just shows how much community spirit and generosity there is out there, despite everything that’s happened this year. We can’t thank everyone who has donated or raised money enough” added Emma.