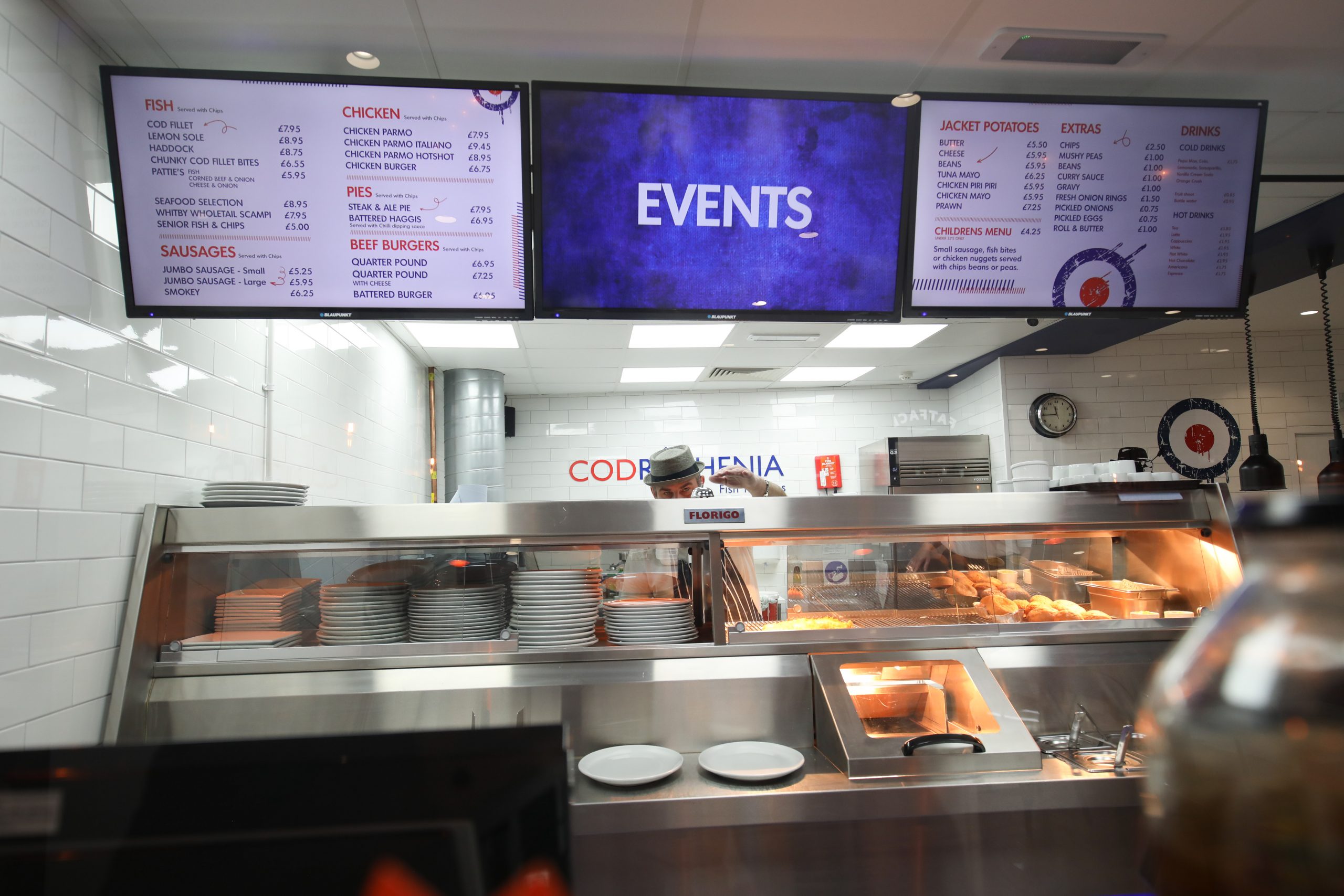 Fish and chips are about as quintessentially English as things get.

Steeped in history, the dish first appeared on the food scene back in the 1860s and by 1910 there were over 25,000 fish and chip shops in England.

Today, it remains one of our nation’s most popular dishes, and whilst it may have been somewhat overshadowed by the surge in popularity of the humble curry, it remains for many the number one choice for a treat.

So when Dalton Park announced the opening of its first independent eaterie, Codrophenia, at the start of the year, we were intrigued to give it the once over to see whether it could stand up to the ‘fish and chip’ test.

Sadly, because of the unprecedented times of 2020, which led to the national lockdown, our visit was delayed. So, it’s fair to say that by the time we arrived at Dalton Park, our appetites were well and truly whetted.

Codrophenia is the brainchild of partners Chris Seal, Dot Humphries and Steve Norcross, who launched the business three years ago after spotting a gap in the market during their many visits to music festivals (it’ll come as no surprise to learn that the name was inspired by the 1979 cult classic Quadrophenia).

‘Wouldn’t it be great to end the night with fish and chips’ was a sentiment popping up more and more, and hungry music lovers strived the end their evenings with a full belly.

After giving it some thought, the three friends decided they could launch a business themselves and thus, Codrophenia was born.

Initially serving traditional fish and chip shop food, including battered fish, sausages, chips and the usual sides, from a van, Chris, Dot and Steve travelled around the region where hungry festival goers could not get enough of their food.

They were then contacted by Lakeside Village Outlet in Doncaster who asked the trio to bring their van to their concourse for two weeks in the summer holidays as part of an around the world food festival. It was so successful they were invited back the following year and the operations manager suggested he contact Dalton Park, a sister outlet to Lakeside, as it was closer to home.

Many discussions followed and after the development of a business plan to support to new venture, in January this year Codrophenia opened its doors at Dalton Park.

However, like so many others in the food and drink sector, the coronavirus pandemic hit them hard and after months of lockdown alongside the more recent challenges presented by the strict social distancing rules, Codrophenia is only just getting back on its feet.

To sample the food, I went along with my husband Paul and mam Margaret – who are both huge fish and chip fans (although as my mam tells Dot, she can take or leave chips!).

On a mild Friday lunchtime (is there a better Friday food than fish and chips? I’m not sure there is), we were greeted by Dot and Chris, who showed us into a booth into the restaurant (which, by the way, was packed, albeit in a socially distanced manner).

We ordered a battered cod and chips with tartar sauce and a battered sausage and chips served with mushy peas and gravy between the three of us (my husband could have happily had one portion to himself but for the ladies two plates was more than sufficient). 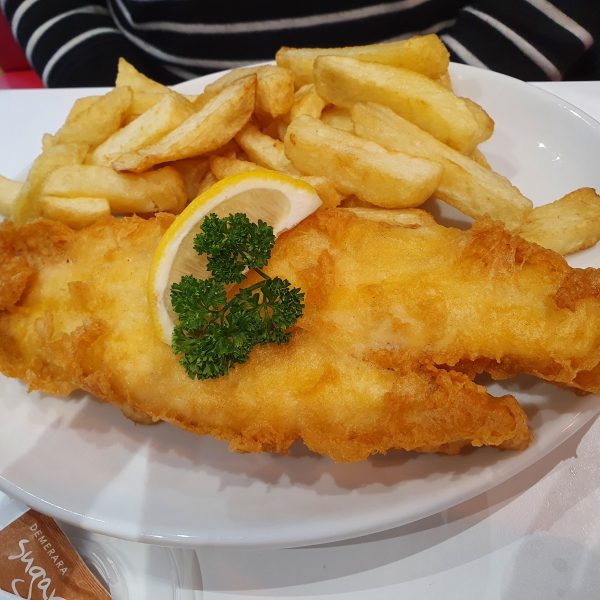 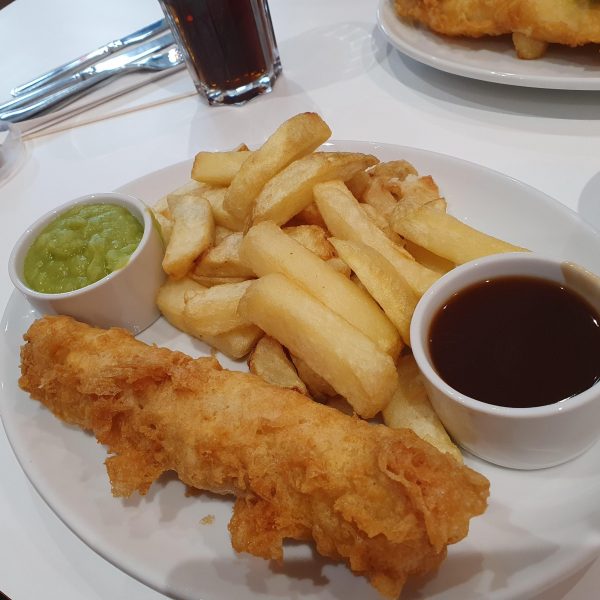 We ordered a bottle of water, a diet coke and a coffee to accompany our meals.

So, did Codrophenia live up to our very high expectations, or was it a chip off the old block?

I am pleased to say it absolutely did not disappoint. The batter on both the fish and sausage was wonderfully crispy and light, while the fish was white, flaky and perfectly cooked. The chips were soft and fluffy on the inside with a crisper outside – just how they should be.

The sides went perfectly with the dishes and the result – not a leftover in sight.

Codrophenia, which is spotlessly clean and decorated with musical and film memorabilia which pay homage to Chris, Dot and Steve’s passions, is definitely worth a visit. The ‘plaice’ to be you could say!

Not only is the food delicious – the chips are prepared fresh every day and local suppliers are used wherever possible – but it’s also a relaxing and fun dining experience and offers the perfect excuse to support regional, independent retailers.

As if anyone needs an excuse to have fish and chips in their lives!

*** This review was written when Codrophenia was open; the restaurant is currently open for delivery services. ***