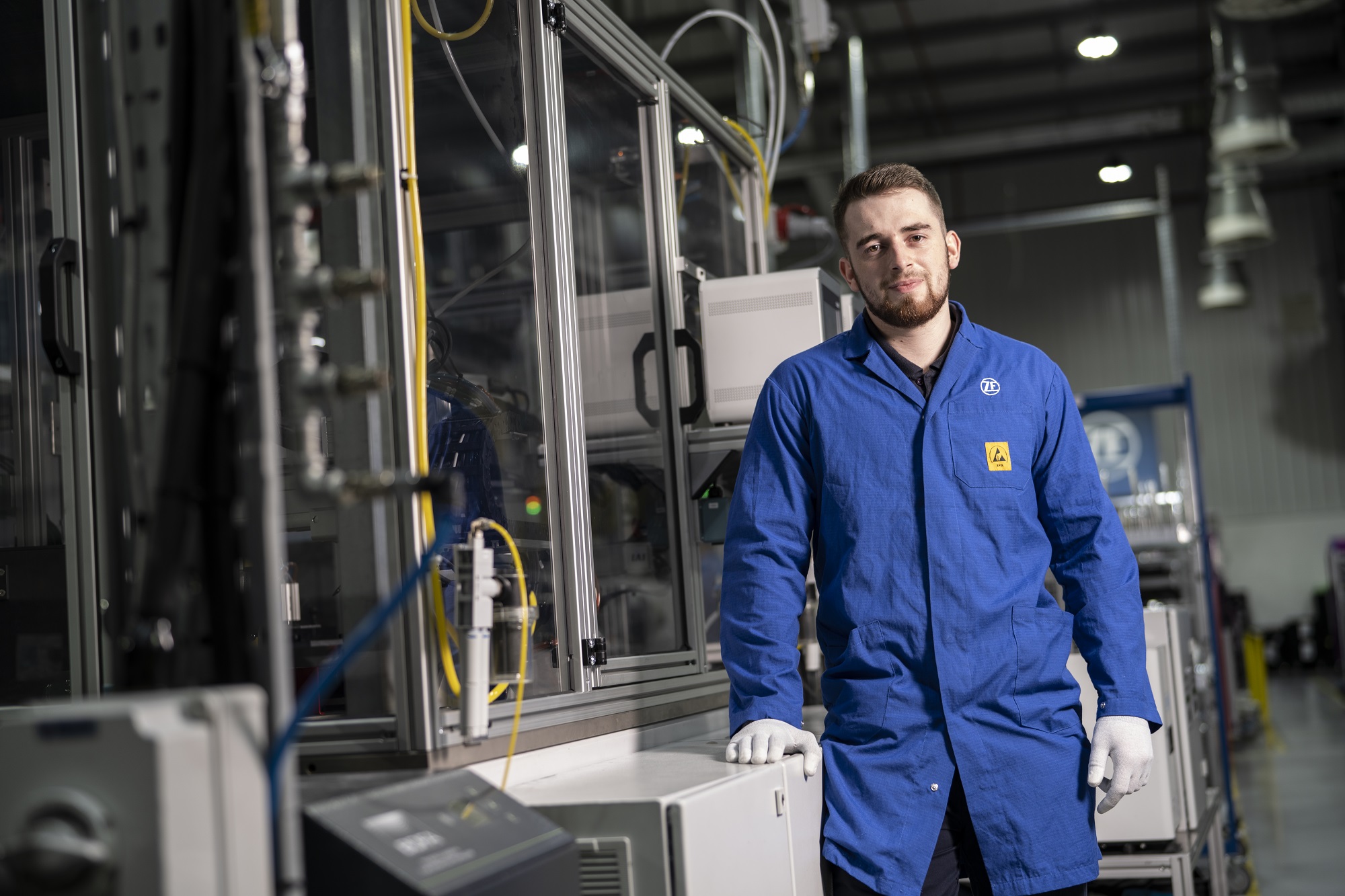 Global automotive technology leader ZF has proven its commitment to investing in young talent after promoting one of its former apprentices into a permanent technician role.

Lewis Charlton, 21, joined the Peterlee company two and a half years ago as a quality technician apprentice.

And in that time the Crook youngster has proven himself both on the shop floor and with his studies and impressed bosses with his attitude and work ethic, leading to the opportunity to move into a permanent role.

It means that as of December 1, Lewis is now employed as a supplier quality co-ordinator and hopes the role will support his ambitions of becoming an engineer with the company in the next five years.

Former footballer Lewis said: “I am absolutely over the moon to have secured this position. This year has been very tough with so much doom and gloom around so I feel like this is something positive to end 2020 with for me.

“I am really excited about the new challenge that this more senior job will bring. I feel like I have learned so much in the two and half a years’ I have been employed as an apprentice at ZF and this role is the next stage of my journey here. It’s such a great company to work for and really does invest in young people who show the right attitude and willingness to learn.

“My aim now is to do as well as I can, learn as much as I possible can, and work towards an engineer role in the next five years. That’s my ambition.”

The supplier quality co-ordinator position will see Lewis taking a more hands on role with both external suppliers and ZF managers.

ZF plant director Steve Hopper said: “Investing in young talent is just as important to us as retaining quality and experience and as an employer we are fully committed to giving our apprentices every opportunity to move up the career ladder if they prove themselves during their learning and development.”

Carolyn Bird from the HR team at ZF recruited Lewis. She said: “Since joining ZF in 2018, Lewis has demonstrated a real desire to push himself and learn as much as possible so when a permanent position became available, and following a successful interview, he was the natural choice to step up. We wish him the best of luck on this next stage of his career at ZF.”

ZF Peterlee, which employs over 900 people, is a global centre for excellence in the production of camera safety technology, with millions of pounds of investment committed in the last few years to support the continued growth of the market.