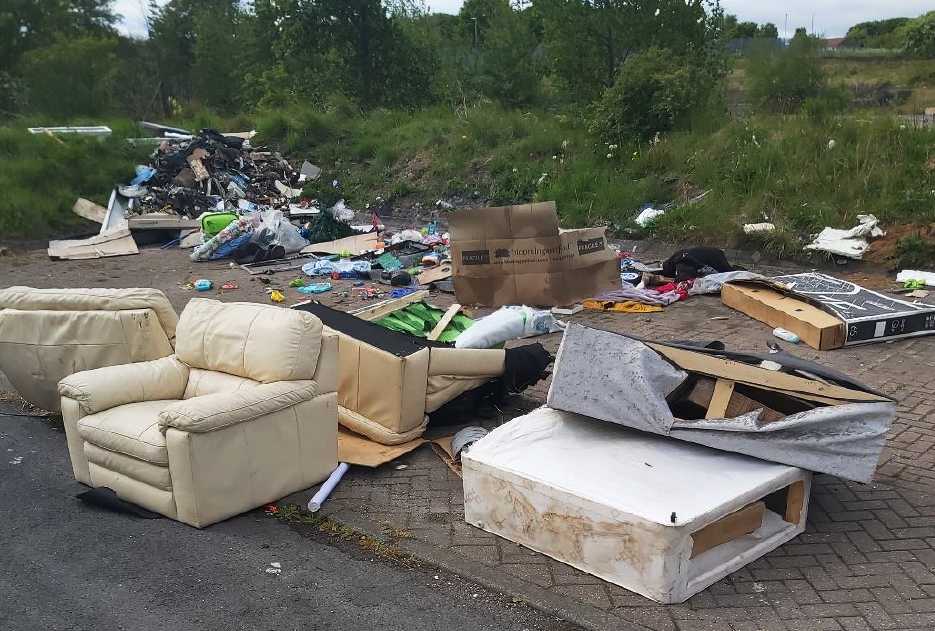 A man who borrowed his brother’s vehicle without asking and used it to fly-tip has been left more than a thousand pounds worse off and with a criminal conviction.

Gary Peacock, 39, of Horden, was taken to court by Durham County Council after one of the CCTV cameras it operates as part of its Operation Stop It campaign caught him in the act.

Peacock, of Smillie Road, pleaded guilty to a charge of fly-tipping, before Peterlee magistrates.

The court was told that the council received a complaint of fly-tipping in May and visited a site at Peterlee where a three piece suite, bed base and cardboard boxes had been fly-tipped.

Footage from CCTV at the location was reviewed and showed a van was used in the fly-tip. The council used the vehicle’s registration number to locate its registered keeper, visiting his home and seizing the van.

The court heard the man told the council his brother Peacock was responsible for the fly-tip. Peacock was interviewed and admitting taking the vehicle without his brother’s consent. He claimed he had taken it to move a shed and when he realised it was full of waste he chose to dump it.

The vehicle was returned to its owner.

In court Peacock admitted dumping the beds and boxes but denied he had tipped the sofa.

Operation Stop It sees the council work with partners to reduce crimes like fly-tipping by taking action against offenders and raising awareness of people’s responsibility to the environment.

Ian Hoult, the council’s neighbourhood protection manager, said: “This case shows we will not hesitate to take the strongest possible action against those who commit environmental crimes like fly-tipping which we know annoy residents as much as they do us.

“There are so many ways people can get rid of waste without landing themselves in trouble like Mr Peacock, such as our household waste recycling centres and our bulky waste collections.

“We hope the financial penalty he has been left with acts as a deterrent to anyone tempted to copy his poor example.”