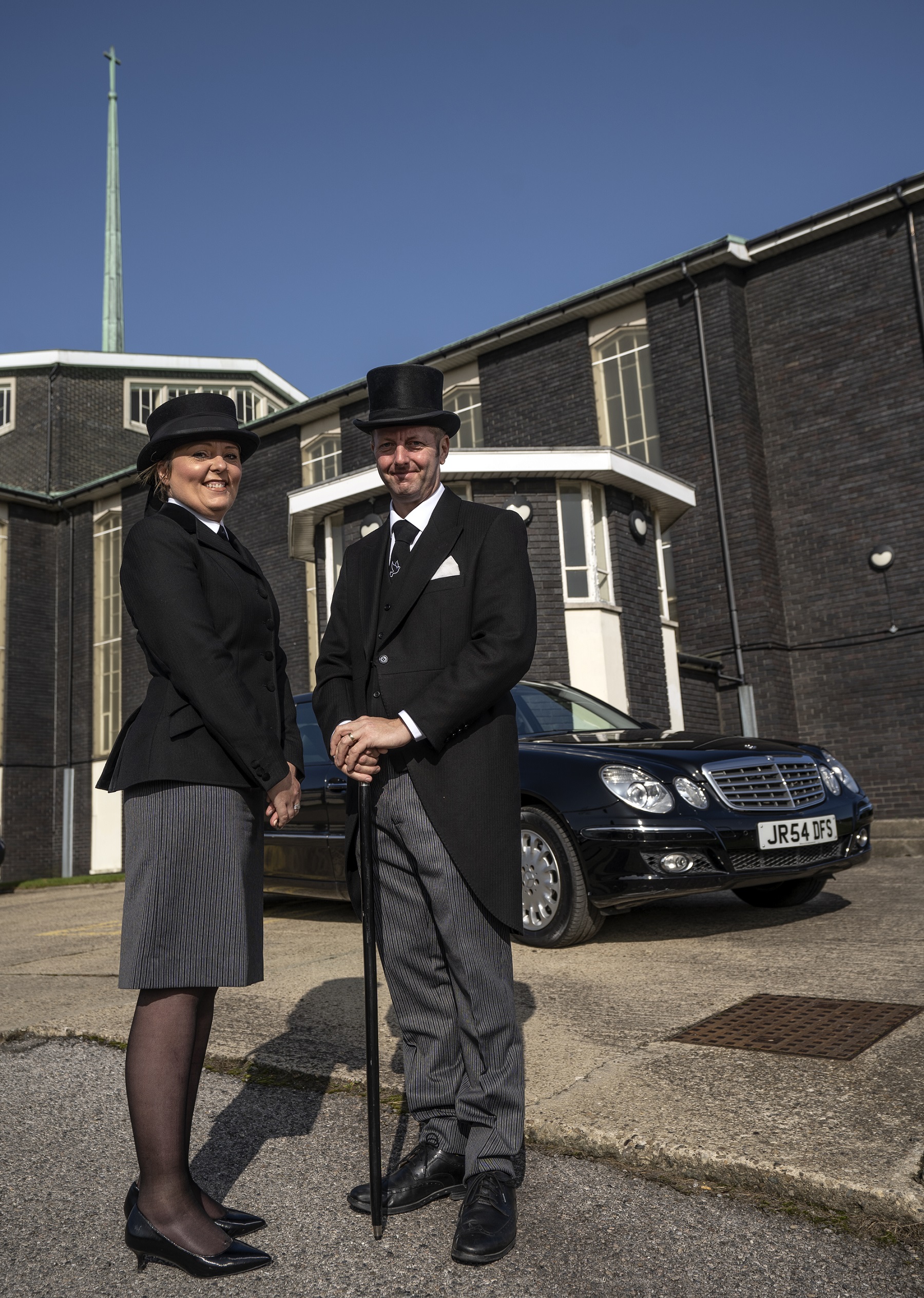 A new partnership has been launched which is changing the face of the funeral industry, enabling people to give their loved ones a unique and memorable final farewell.

Delanoy Funeral Services has been launched by John Delanoy and Julie Stout, who are from Easington and Peterlee respectively.

John has been in the funeral business since he was 16, becoming the fifth generation of Delanoys to work for the family business which was launched in 1897.

Julie had worked in marketing for almost 25 years and was running her own successful company, Just Out Markerting, which she’d launched in in 2010. Through various projects she’d delivered with funeral companies, Julie had ideas which she thought could make a real difference to the experience families have as they prepare to lay their loved ones to rest.

Julie said: “A friend of mine had lost her dad and John was organising the funeral for her. She loved the way John worked, and how personal his approach was, and knew I was keen to pursue the ideas I had. She thought there was an opportunity for us to work together and introduced us.

“We got together and quickly realised we shared a lot of the same thoughts. John was keen to modernise his family’s business and enhance the services offered to the loved ones of the deceased, and I felt there were better ways of creating memorable, lasting tributes to those who had passed away.

“One of the things we were keen to introduce was filming of the funerals, a way of capturing the deceased’s final journey as a beautiful and respectful keep sake for the families.

“At the same time, the coronavirus pandemic led to the national lockdown, and suddenly people were unable to give their lives ones the send-off they wanted. Churches were closed and the deceased were either taken straight to the crematorium or graveside with very few mourners allowed.”

John and Julie’s first collaboration was to film the funeral of a local lady whose family lived in Canada and were unable to travel to the UK because of the restrictions in place. Julie was then asked by Chevron Taxis to produce a video of Peterlee taxi driver Ian Ridley which captured his final journey and the 100 taxi drivers who had lined the streets to say their goodbyes. The video reached 60,000 people.

The duo continued to work together over the next few months and in August, after agreeing they wanted to make their working relationship more permanent and official, John and Julie formally launched Delanoy Funeral Services.

The business is based at their newly opened premises on Oakerside Park in Peterlee and just a few weeks since launching, the business is already establishing itself in the heart of the East Durham community.

John said: “I’d been in the business from the age of 16 and took over from my mam around 12 years ago. By then it was fifth generation, and although it was fully established in the area, it needed freshening up, modernising.

“With Julie’s fresh eyes and the re-brand to Delanoy Funeral Services, we looked at new ways for people to say goodbye whilst still using many old traditions which were at the heart of the business.

“With each funeral we are asked to conduct, we sit down with the family to make everything as special as we can for them.

“Having Julie alongside me has made such a difference – like me, she really cares, but because of her personality, she has a knack of making families feel relaxed and actually enjoy the process as much as they possibly can. Funerals are always tough but that doesn’t mean they can’t have some personality, a celebration of the deceased’s life as much as an emotional last goodbye.”

Julie added: “For years I have worked in marketing and invested a lot in my own business, but none of it compares to what I’m doing now. I love it and really believe what we’re doing is changing the face of the funeral industry, and the experiences of families across the area, for the better.”

Lorraine Boxx from Trimdon Village asked Delanoy Funeral Services to organise her husband Stephen’s funeral, when he passed away at the age of just 53.

She said: “John and Julie came recommended to me by a few people. Unfortunately, I could not attend my husband’s cremation as I was bed bound. Not only did they ensure he had a fantastic send-off but they also filmed everything for me and created beautiful footage for me to keep.

“Julie came to my home that same night with the footage to ensure I could see his funeral that day which meant so much to me. I cannot thank them enough for what they did, making it possible for me see my husband’s service.”