Housing association recognised for the support it gives to veterans 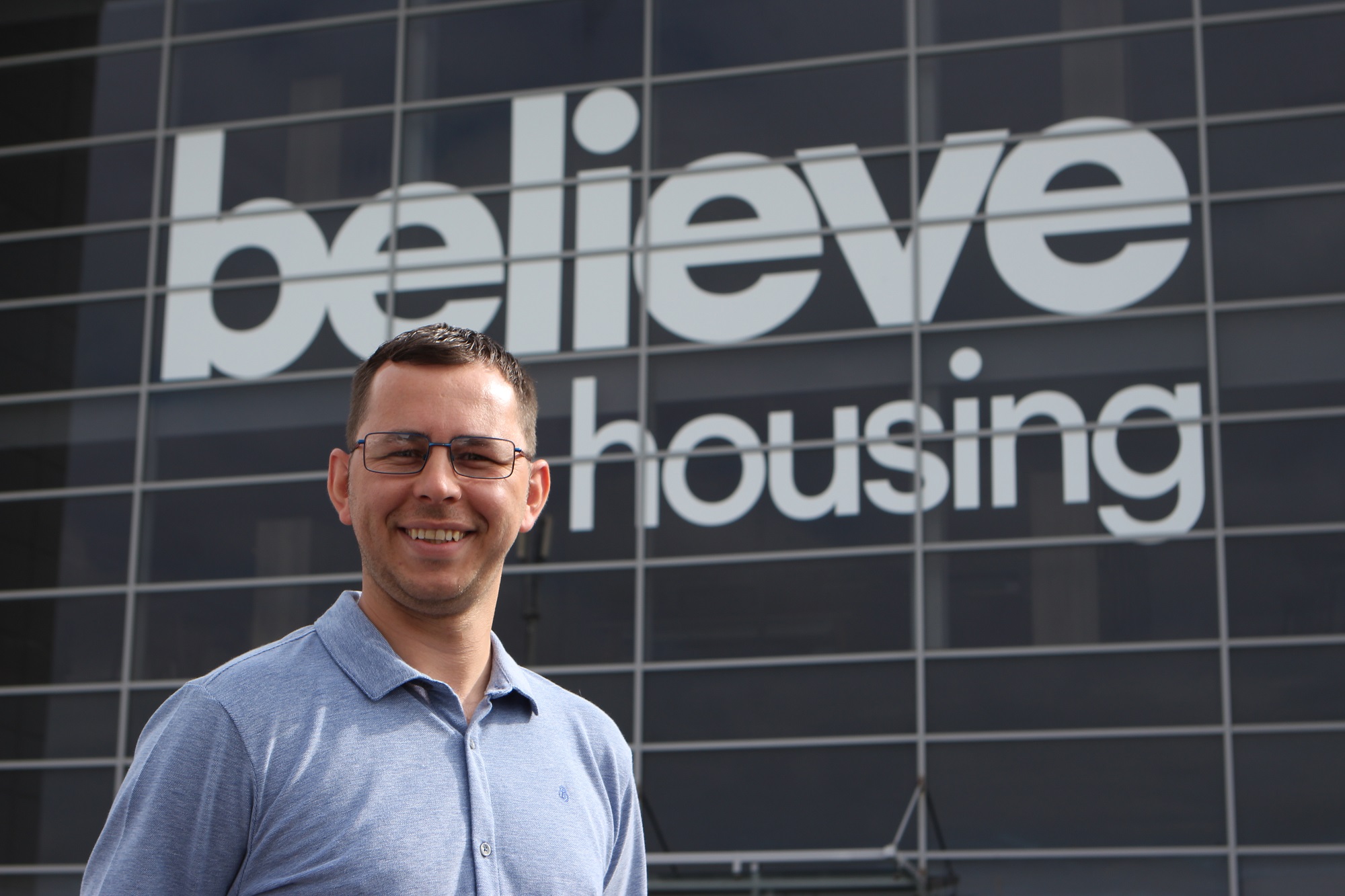 One of the north east’s largest housing associations has been recognised for the support it gives to veterans, reservists and their spouses.

believe housing has picked up a silver award in the armed forces Employer Recognition Scheme. The County Durham-based housing association was awarded the honour after introducing a range of measures designed to help anyone associated with the armed forces who is looking for a home or a job.

Initiatives introduced by believe housing include extra support and priority for anyone transitioning from the armed forces when applying for a home alongside giving them more opportunities to apply for work with the award-winning firm.

Liam Gustard joined believe housing in April 2019 after nine years in the Navy, including serving on HMS Iron Duke during the Libya conflict. He now assists customers with their finances and helps them access support.

Liam said: “When I left the Navy I wondered what I was going to do, I looked at getting a HGV licence and all sorts. I contacted some companies locally, including believe housing, and got an interview. They understood that I had transferable skills from my time in the Military Police and that I was willing to learn quickly. I was over the moon when I got the job.

“I didn’t realise how many former services people or reservists worked for believe housing, it feels more comfortable to know people who have had some of the same experiences and can share a bit of banter.

“The job security and support are excellent; I know there’s lots of people in the military who would want the same. It fits around my family life really well. The balance is great, it benefits the whole family. It gives us a solid foundation for life.”

believe housing has also increased its support for reservists and cadets since being handed a bronze award in the scheme just nine months ago. Reservists have access to extra paid and unpaid leave, alongside dedicated volunteering days. Cadets are now being given extra opportunities for work experience, with other initiatives set to follow when coronavirus related restrictions are eased further. Apprenticeships are also open to cadets, reservists and anyone transitioning from the armed forces.

Director of Transformation and Culture at believe housing, Julie Brayson, said: “This award is all about showing that we treat everyone involved in the armed forces with the respect and support the deserve. We really value the skills they can bring to the organisation as well as what they do for our country.

“Having moved from a bronze award to silver in just nine months, our aspirations are very clearly on achieving the top gold standard as soon as we can.”

Brigadier Paul Baker, Chief Executive, North of England Reserve Forces’ and Cadets’ Association said: “There has always been great support for the Armed Forces within the North East of England but the growing number of companies prepared to publicly demonstrate this support is truly heartening, especially in such challenging times. These Employer Recognition Scheme awards are a recognition of the backing and encouragement provided to their employees who are also Reservists, Adult Volunteers within the Cadet Forces, Veterans and their families.”