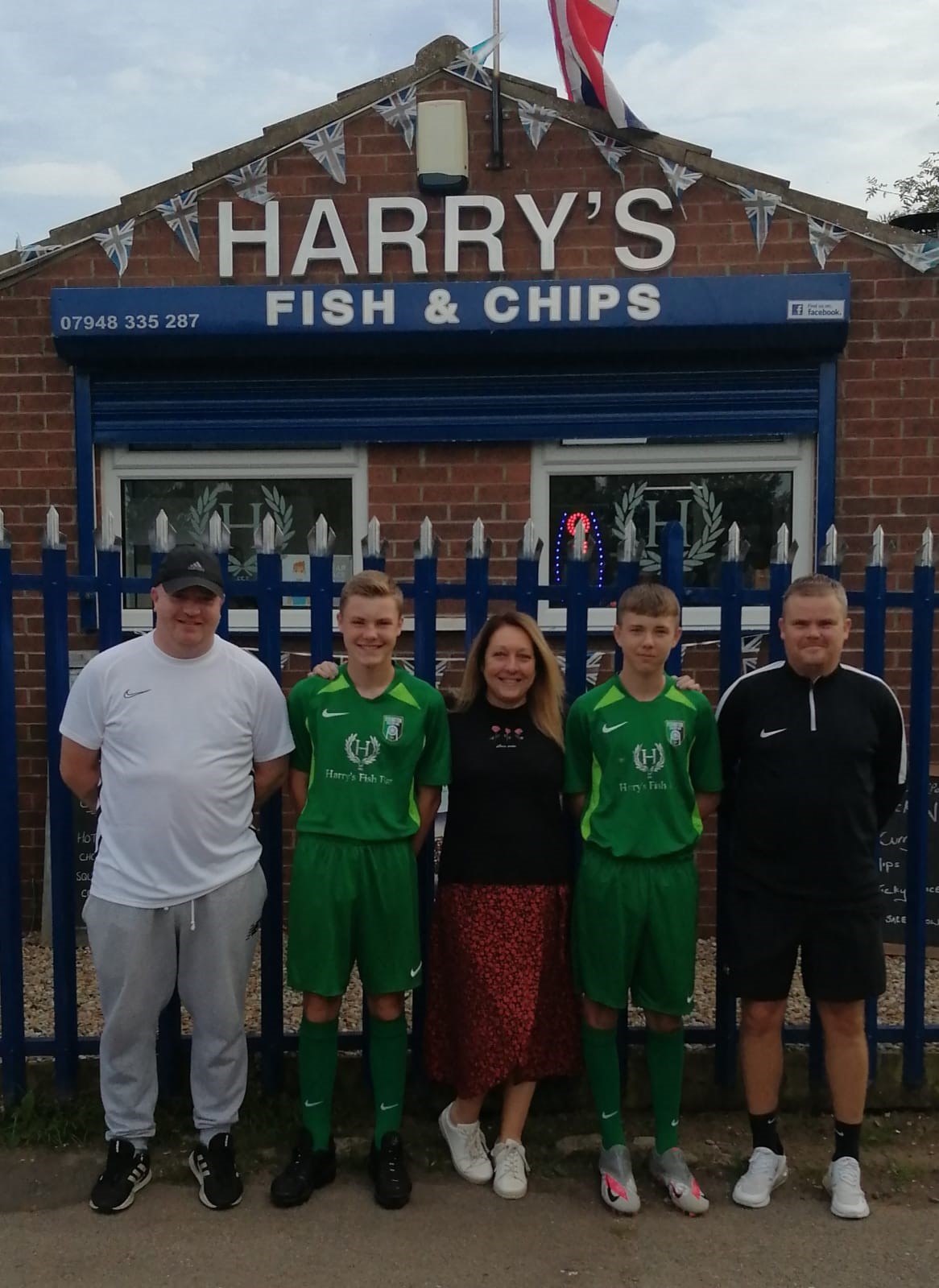 A football team in Easington has been able to invest in new kits for its players after securing a new sponsor.

Easington Under-15s, which plays in the Russell Foster Tyne and Wear Youth Leagues, has announced Harry’s Fish and Chip Shop has become its new sponsor.

The restaurant agreed to pay £500 to help the club invest in the new kits, which have the ‘Harry’s Fish Bar’ branding on the front.

Gavin Turnbull, who runs the club, said: “We are over the moon to have secured the sponsorship from Harry’s Fish and Chips, which has enabled us to buy new kits for all our players.

“It’s been a tough few months for everyone so we really want to say a big thank you to the guys for helping us out.”

The Easington Under-15s team has been playing for eight years and played numerous matches around England, including winning the Butlins, Skegness football tournament two years in a row in 2016 and 2017.