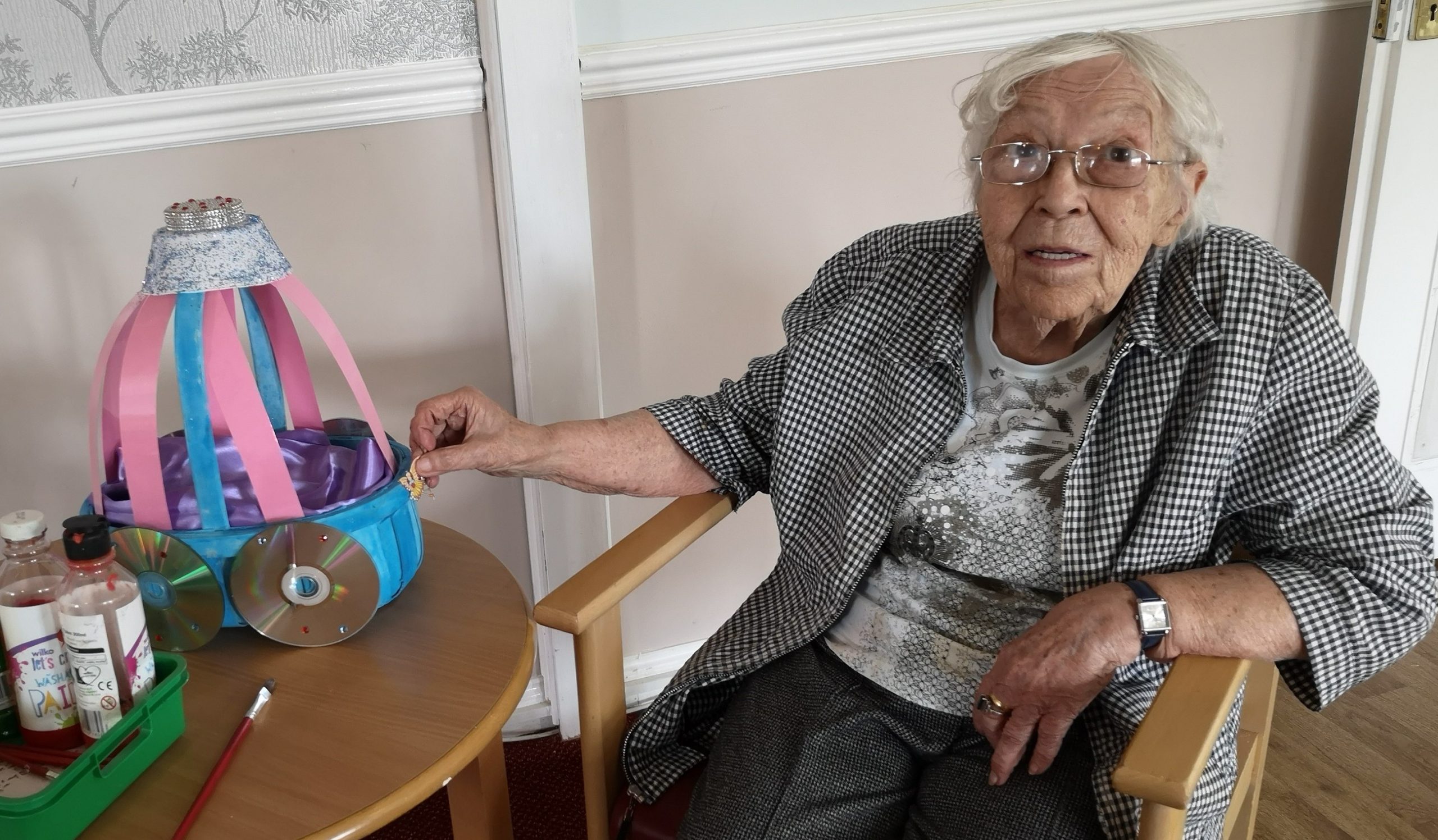 A fairy princess carriage is the latest exchange in a pen pal project between care home residents and primary school pupils in Peterlee.

Residents at Bannatyne Lodge Care Home and pupils from Dene House Primary School, both on Manor Way, have been exchanging letters and cards explaining what they have been doing during the covid-19 pandemic. 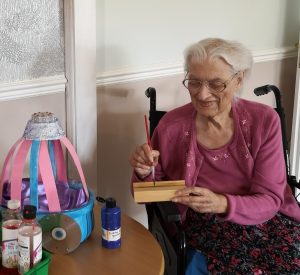 The pupils, who have been regular visitors to the home in the past, started dropping letters to the residents on a table outside the home after their return to school.

The residents replied with cards and written notes and made a fairy princess carriage in their arts and crafts session – using a painted basket, ribbons, glitter and decorated CDs for wheels.

They filled the carriage with sweets and treats for the children to say thank you for sending letters and helping to raise their spirits.

Resident Gloria Harris said: “It has been lovely to make the gift for the youngsters as they have been so kind to us. It makes me smile that the children thought of us.”

Laura Williams, home manager at Bannatyne Lodge Care Home, said: “When the children were delivering their letters, the residents watched out of the window with excitement.

“To say thank you they wanted to give them a little gift and chose a fairy princess carriage, like those in Disney films, as they’re always happy stories. When they collected the carriage, they gave the residents a wave, as they watched from inside with smiles on their faces.

“It has been lovely to hear from the pupils, as they have visited us regularly in the past, but are unable to do so at the moment.

“It is fantastic that we’re able to continue building intergenerational relationships between the two groups, even during this difficult time.”