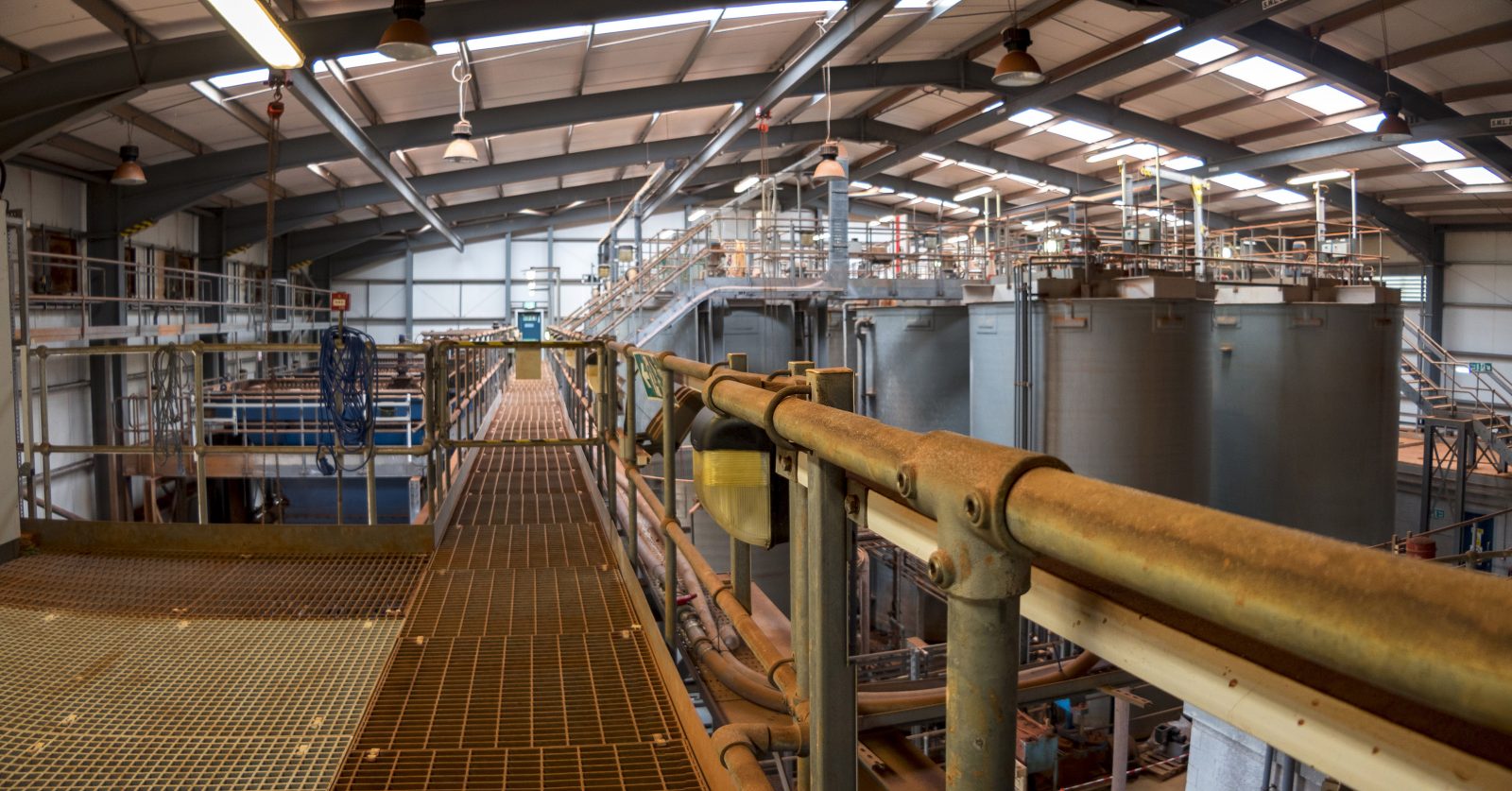 Construction on a ground breaking development in County Durham is set to begin in spring, and will become the UK’s first district heating scheme to utilise mine water energy.

The Seaham Garden Village development will consist of 750 affordable homes, 750 private homes, a school, shops, and medical and innovation centres. The scheme is in close proximity to existing commercial buildings, a supermarket and the coastal village of Seaham, with a population of circa 21,000.

The new development will be supplied with geothermal heat from the Coal Authority’s nearby Dawdon mine water treatment scheme, which treats water abstracted from an extensive network of flooded abandoned coal mines in the area.

Mine heat can be an energy source that is unaffected by external factors, meaning it has a stable price and is not subject to future variations or rises in energy prices.

It is a renewable energy source that also has the potential to have a zero carbon footprint.

The Coal Authority, a government body, is committed to creating a better future from the UK’s mining past, including managing many mine water treatment schemes across Britain. It estimates there could be enough energy in the UK’s flooded, abandoned mines to heat all of the homes on the coalfields.

With one quarter of UK homes and businesses sited on former coalfields, mine water energy could be seen as crucial to when it comes to solving Britain’s energy crisis, with Seaham Garden Village potentially the first of many similar schemes.

“Heat from abandoned coal mines is an innovative and practical solution to one of the big challenges facing our economy – decarbonising our heating supplies,” said Jeremy Crooks, Head of Innovation at the Coal Authority. “There would be wider benefits to this sustainable energy source too, as it would also attract new investment, create employment and deliver lower fuel bills to Seaham Garden Village and to other district heating schemes to be built on the coalfields.”

“The abandoned coal mines in the UK present an enormous opportunity to us as a source of geothermal energy.”

“Water in the mines is heated by geological processes, and remains stable year-round. This constantly renewing available, zero-carbon heat resource, can be transferred to a pipe network using a heat exchanger and distributed to nearby homes, and the Seaham Garden Village development will be the first working example of this network”, he said.

The scheme – the result of a collaboration between the Coal Authority, Tolent Construction, and Durham County Council – is also unusual in that it does not use metal pipes, due to the lower temperatures involved. The method of delivery is much cheaper than district heating schemes using higher temperatures, where metal piping is essential and has greater temperature losses, making networks such as Seaham Garden Village much more viable than most district heating schemes.

Notably, when mine water has recovered nearer to the surface it can be cheaper than public supply gas and is ideally suited to district heating, commercial space heating and horticultural use.

Crooks says, “The construction of Seaham Garden Village has huge implications for the future of energy in the UK, and could lead to the building of district heating schemes, heated commercial spaces and undercover horticultural facilities in coalfield areas.”

This breakthrough is also important when we consider the impact of climate change, and the steps the UK is taking in order to reduce its carbon footprint as we move into an era of climate change awareness.

“Mine water energy has the potential to be an important, sustainable source of energy for the UK, whilst also providing many commercial benefits”, added Crooks.

“Mine water energy is very much a viable solution when looking to help resolve Britain’s future energy crisis.

It is conceivable that former coalfield communities will be revitalised in the process. Along with this new, cheaper energy source also come potential employment opportunities.

According to a recent report commissioned by Sheffield Hallam University, the employment rate in coalfield areas is more than two percentage points behind the national average and five percentage points behind the rate in South East England. This technology could make coalfield areas more attractive to investors and businesses, reviving some areas of the UK where it is most needed.

“The Coal Authority is using its extensive expertise in managing mines and working with a range of partners to make these ideas a reality,” Crooks says.

“There is an irony in that that Britain’s coal mines could form a part of an important green solution to resolving the UK’s future energy crisis.”