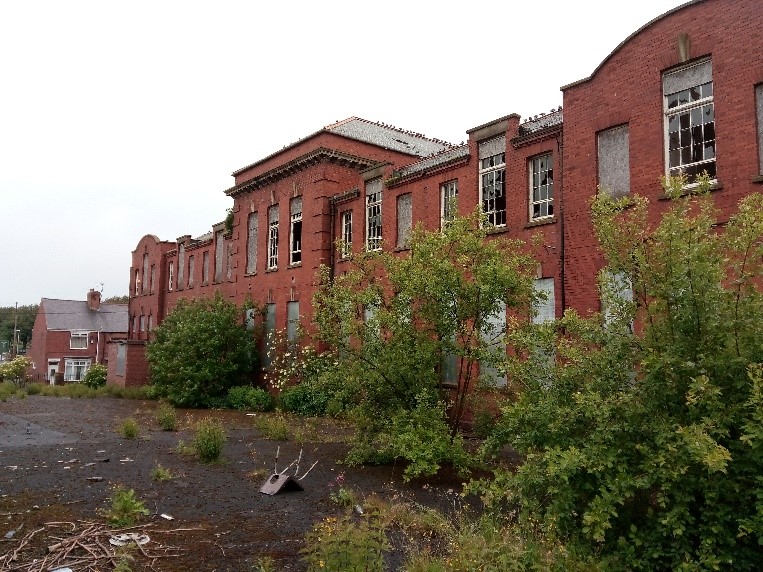 Villagers are to be asked for their views on the future of a building that has blighted their community for more than 20 years. With various owners failing to find a viable use for it, over the past two decades the building’s condition has deteriorated significantly and it has also become a target for vandals. Its rundown appearance has impacted on property prices and local county councillors have been leading calls for action to be taken.

Now Durham County Council is hoping it can resolve the issue after bringing the building back into public ownership.

Due to the lack of interest from developers and the continued failure to find a viable use for it, the authority is considering demolition of the buildings and looking at temporary solutions for the site such as a pocket park on the site until a permanent use for the land is found.

Cllr Kevin Shaw, Durham County Council’s Cabinet member for strategic housing and assets, said: “We have worked with every owner of the school since it was sold more than 20 years ago and tried to support them in realising their plans but, sadly, none have come to fruition.

“There is simply no appetite from developers to buy the buildings and, after more than two decades of investigating all possible options, we have been unable to identify any viable solution which would also meet local needs.

“We know it is the view of many local residents that the only possible option to bring the site back into use is to demolish the buildings, which have had a detrimental impact on the area and the lives of local residents for many years now, and we must explore this option seriously.”

A public consultation on the proposals will run from Wednesday, 15 to Wednesday 29 January.

Drop-in events, where council officers and local county councillors will be on hand to provide further information on the proposals and wider regeneration plans for the area will take place at Easington Colliery Welfare Hall on Thursday, 16 January from 5pm to 8pm and Tuesday, 21 January from 1pm to 4pm.

Information boards will also be situated in Easington Colliery Library throughout the consultation period.

Residents can also provide their feedback in the following ways: