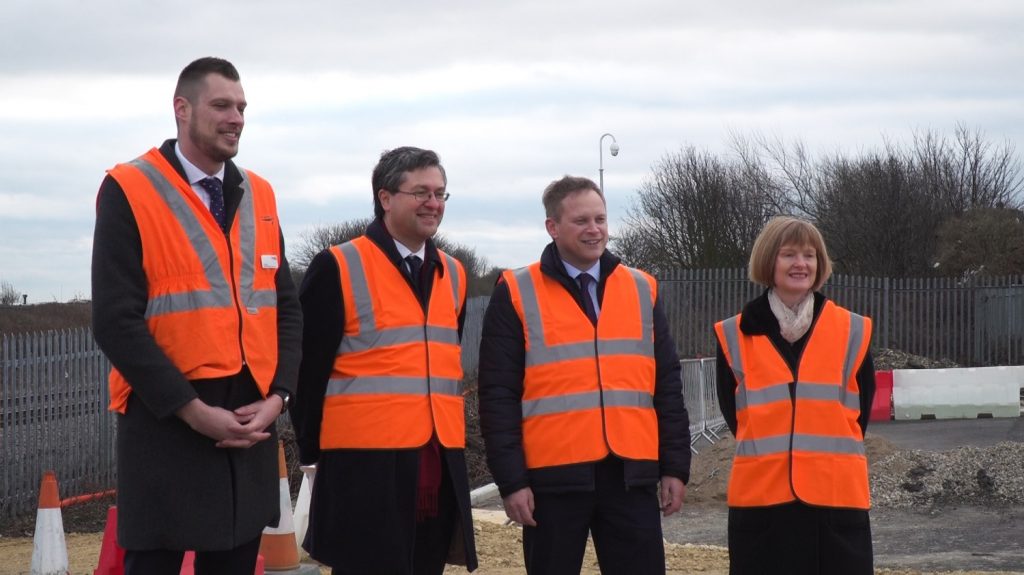 A government minister has welcomed the start of work on a new railway station during a visit to County Durham today (Monday, 6 January).

Transport Secretary Grant Shapps met with representatives from Durham County Council, Network Rail and the North East Local Enterprise Partnership (LEP) when he visited the site of the station at Horden, near Peterlee.

The £10.55 million development on South East View will link the area into the local, regional and national rail network and support the wider regeneration of the area.

The county council has been working closely with Network Rail and Northern Rail on the project, which is being funded by the authority, with £4.4 million from the Department for Transport’s New Stations Fund and a grant from the North East LEP.

Mr Shapps said: “It’s very exciting to be able to see this project in person. This line will really help the local community, whether its travelling for work or travelling for pleasure. It will prevent people from having to jump in the car every time they want to get somewhere, especially as not everyone has access to that.

“It will make a big difference and its exactly the sort of thing we’re supporting up and down the country. Just up the line, 200 yards or so, there was a train station cut back in the 60s so its great to have a new station coming here.

“This is the biggest community not served by a station that has a railway line running right the way through and I think it’s really important to get those connections back. I look forward to coming back – perhaps on the train next time.”

The station is expected to open to passengers in the spring, with services every hour both north and south.

Cllr Simon Henig, Leader of Durham County Council, said: “It’s great to see the Secretary of State for Transport here this morning looking at work so far on the new railway station. It shows how important it is for the region.

“We don’t have new stations being built very often but it has been a long-held ambition in the east of County Durham to have a station here at Horden so it’s fantastic seeing it come to fruition and to have the Secretary of State here to see for himself the progress we have made already.

“It never made any sense to have the line going straight through here without a station but it’s great to see it now being built.

“This station will give people access to employment, whether that’s in Teesside, Hartlepool Sunderland or Tyneside, and the car parking is being built here to accommodate well over 100 cars so that people can leave their vehicles here.

“We’re really looking forward to the opening of the station later this year. “

The station will play a significant role in the regeneration of Horden and the wider area, with rail industry projections anticipating that more than 70,000 passengers could use the station each year.

The council is working with its partners on a number of initiatives which will see potential commercial investment, housing renewal and the development of community projects in Horden.