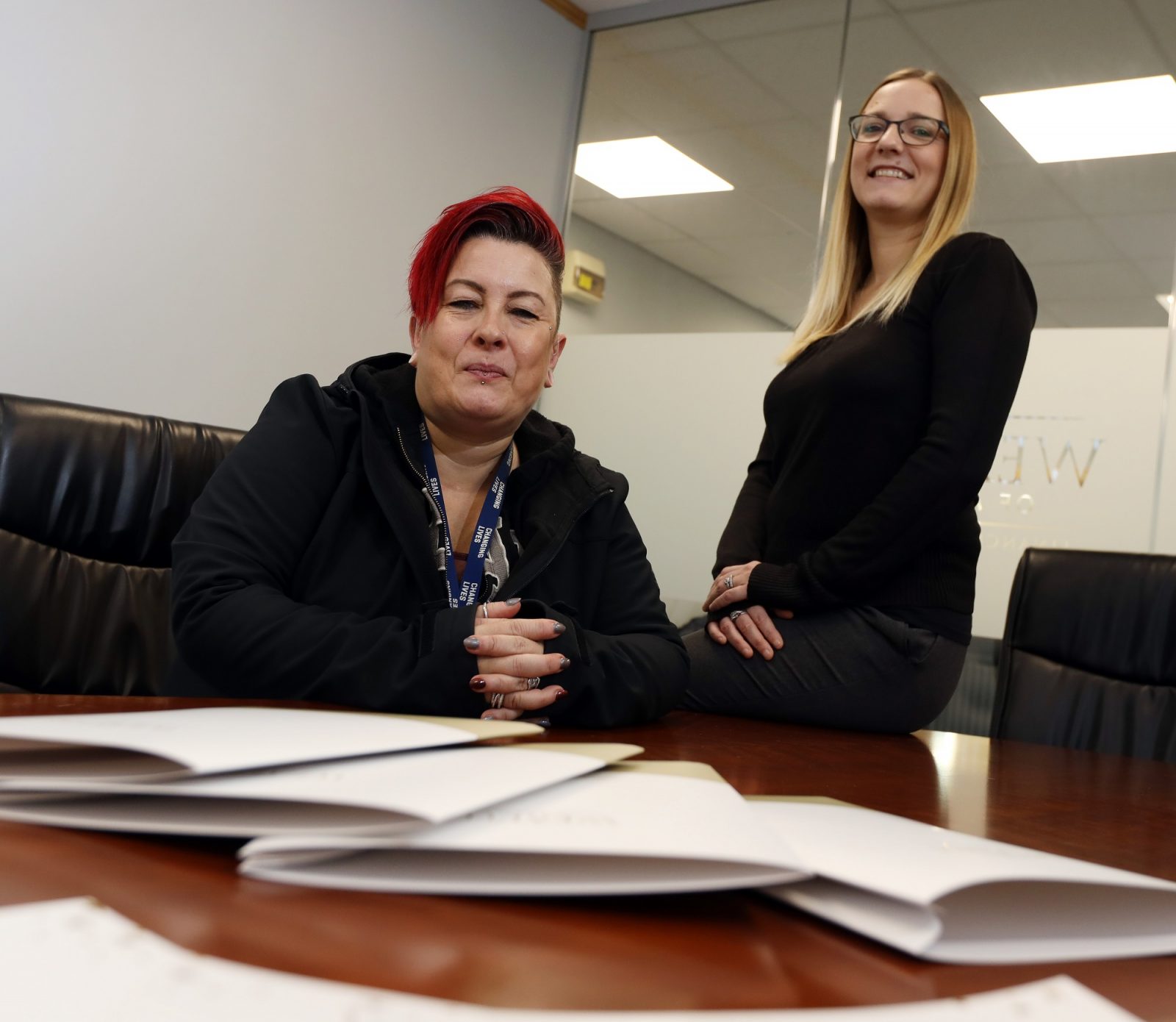 A man who spent two years living on the streets of the North East has now moved into his own home thanks to the support of a homelessness support worker and a financial advice company.

Earlier this year Wealth of Advice, run by Peterlee businessman Chris Breward, was approached by Changing Lives assertive outreach worker Dawn Ward, who wanted advice to help a homeless man she was supporting.

The man, who is in his 60s, had been found living on the streets in County Durham, and as Dawn built up his trust, he began to disclose details about his past.

It transpired the man had worked for many years, however because of a breakdown in a relationship which had a particularly bad effect on him, he ended up sleeping in his car.

Unfortunately, over time, the car’s tax and MOT had expired and he returned to it one day to find the vehicle – along with all his belongings which he kept with him – had been towed away and crushed.

During various meetings the man also disclosed to Dawn that he had paid into more than one pension pot, however because he had no address or identification, Dawn found tracking the money down a challenge.

Dawn, whose roles sees her support homeless people across the County Durham area, said: “When I first met the gentleman he was very reluctant to talk to me, however over a period of five months he built up a bond with me and then one day messaged me to tell me about the pension pots he had built up when he was working.

“I tried various routes to track down his pension based on the information he was able to give me but I hit so many brick walls and nowhere seemed willing to help me until I spoke to Chris and the team at Wealth of Advice. They took over the searches and were able to locate his money which has been a life changer for him.

“He’s such a proud man and because of what’s happened in his past he does suffer with anxiety, so it has taken a while for him to be confident to move into his own house.

“Now he’s in and he is like a different person, although still very frugal with his money which is understandable after being homeless for two years. He has said he’s going to burn his sleeping bag though now he’s off the streets.”

Wealth of Advice, a family run business which specialises in retirement planning, helped the man secure a fixed income for the rest of his life.

Rachael Crook from the team said: “We are really passionate about supporting charities in the area, and couldn’t be prouder that we’ve been able to team up with Dawn from Changing Lives to help a homeless man track down money which has worked hard to build up, taking him off the streets and into his own accommodation.

“It comes on the back of the support we’ve recently given to the Bringing Back a Smile charity and we’re now looking at what other charity support we can offer next year, as it’s something we believe all businesses which can should do.”

Dawn’s role in funded by Durham County Council and sees her spend a lot of time on the streets looking for homeless people in need of help. As well as help with things like GP appointments and emergency accommodation, Dawn also holds daily drop-in sessions at the Salvation Army centre in Durham city centre.