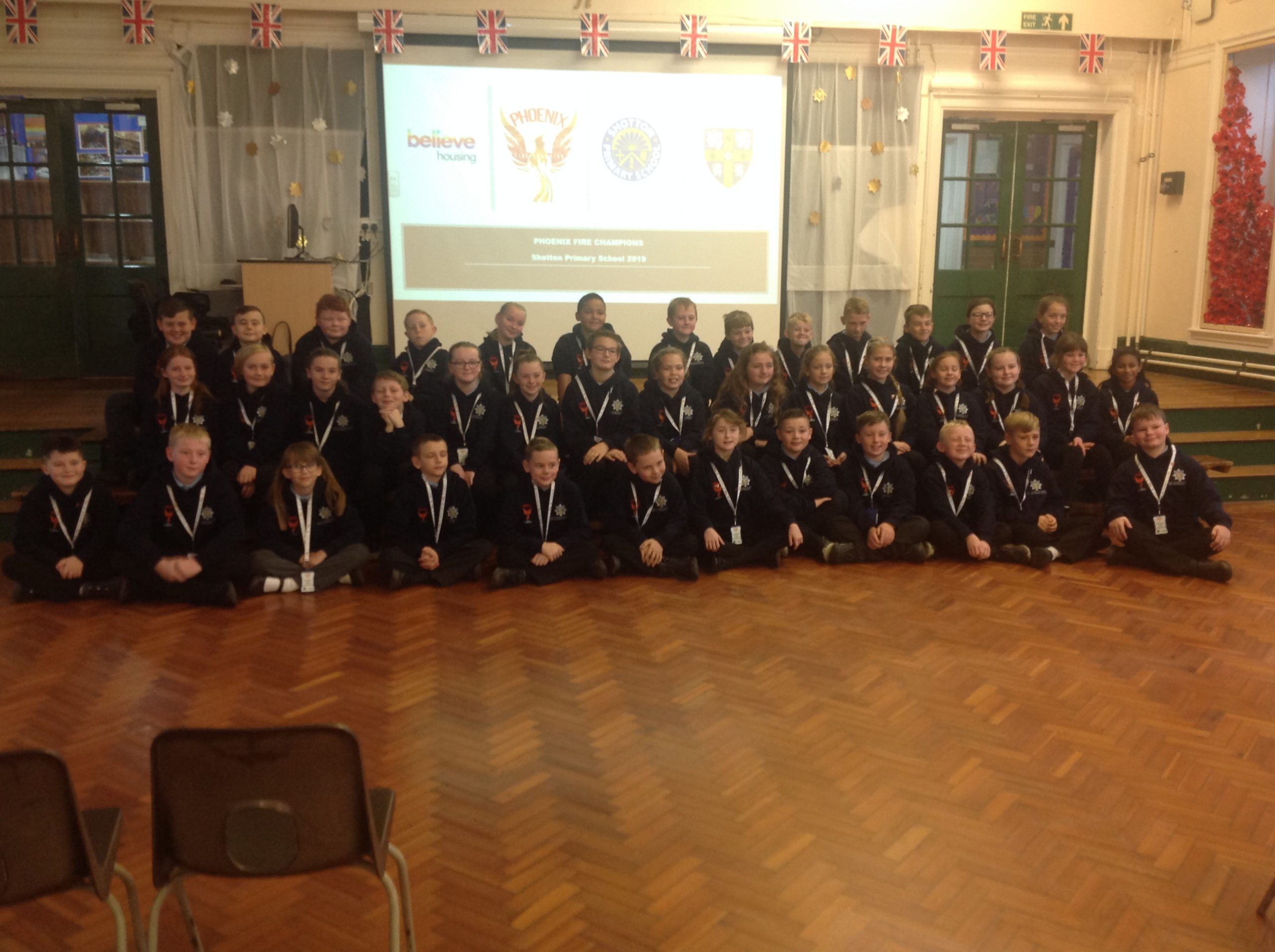 The two organisations delivered the Phoenix Fire Champions project, which aims to educate Year 6 children and their families about the consequences of deliberating starting fires.

In the last year, CDDFRS has seen a significant rise in the number of deliberate fires across County Durham and Darlington.

In response to the rise, the Arson Reduction Team launched the campaign, which was a six-week project delivered to pupils at Shotton Primary School.

The campaign saw them take part in numerous activities, designed to raise awareness and create an understanding of the consequences and effects deliberate fires can have on themselves, their families and also on the wider community.

The children were all provided with hoodies, lanyards, pens and pin badges by CDDFRS which help give them an identity when they were undertaking the work with the Fire Service.

Children have taken part in a variety of workshops including learning about the risks and consequences of starting fires, understanding the working of a fire engine and getting to use the fire hose. The fire dog visited the school to show children the benefits of utilising all available resources and improve their understanding of the resources available to CCDFRS.

All Year 6 children took part in their final presentation earlier this month, which they delivered to members of the fire service, representatives from believe housing and parents.

Louise Robinson from Shotton Primary School said: “Everybody was amazed by the children’s understanding and professional presentation. They are now looking forward to carrying on their work alongside the Fire Service to promote positive attitudes towards arson in our local community.”