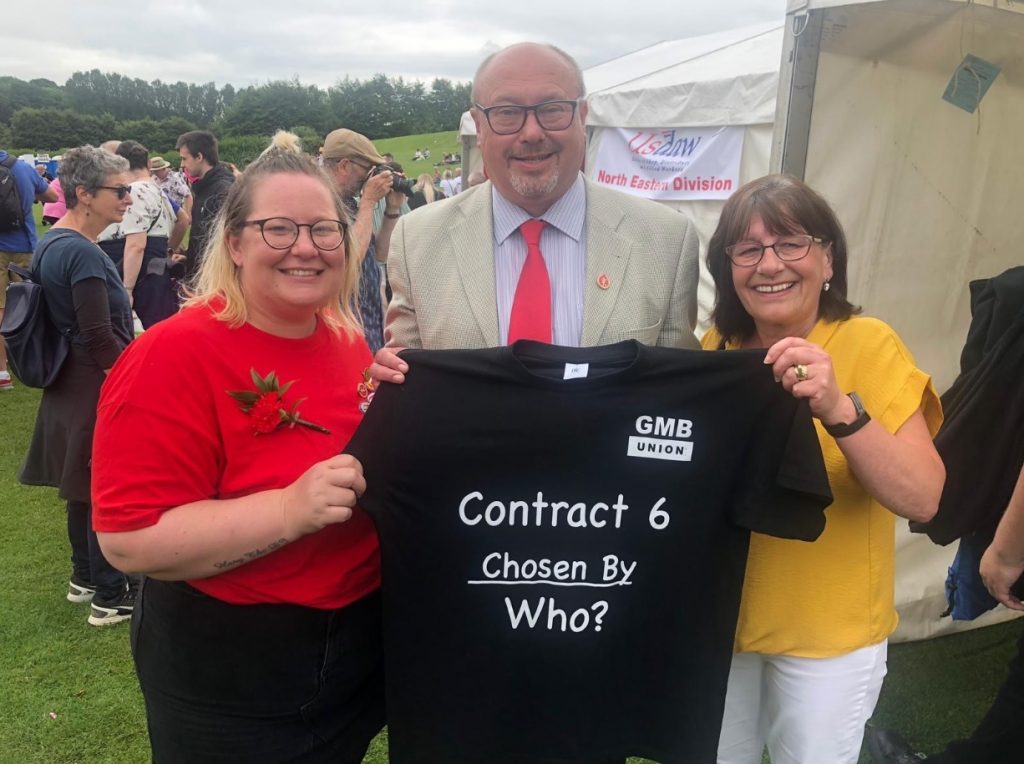 Easington MP Grahame Morris has written to Walmart, parent company of Asda, to ask them to rethink imposing Contract 6.

As part of GMB’s campaign, nearly 4,000 people have emailed the Walmart CEO directly to demand Asda drop the threat to sack people and work with GMB to get a better deal than Contract 6. In response to mounting pressure from the campaign, Asda have announced a pay rise of 18p from April.

After a long battle Asda will impose Contract 6 this week and sack workers who have not signed.

Easington MP Grahame Morris said: “Asda once represented family values and to threaten their colleagues with the sack if they do not sign the new Contract 6 is reprehensible, particularly as we approach Christmas.

I hope Walmart and Asda will listen to their customers. The people working in their supermarkets in East Durham are not staff, they are our family and friends, and we expected one of the world’s richest companies to treat them with dignity and respect.

The derisory 18p pay rise is an insult, and I am fully behind the GMB’s call for all Asda employees to receive a minimum of at least £10 per hour.

I hope Asda rethink their plans to sack staff this week which would do lasting damage to their image and reputation that has been built up over decades.”