Unique art project to launch in Seaham this weekend 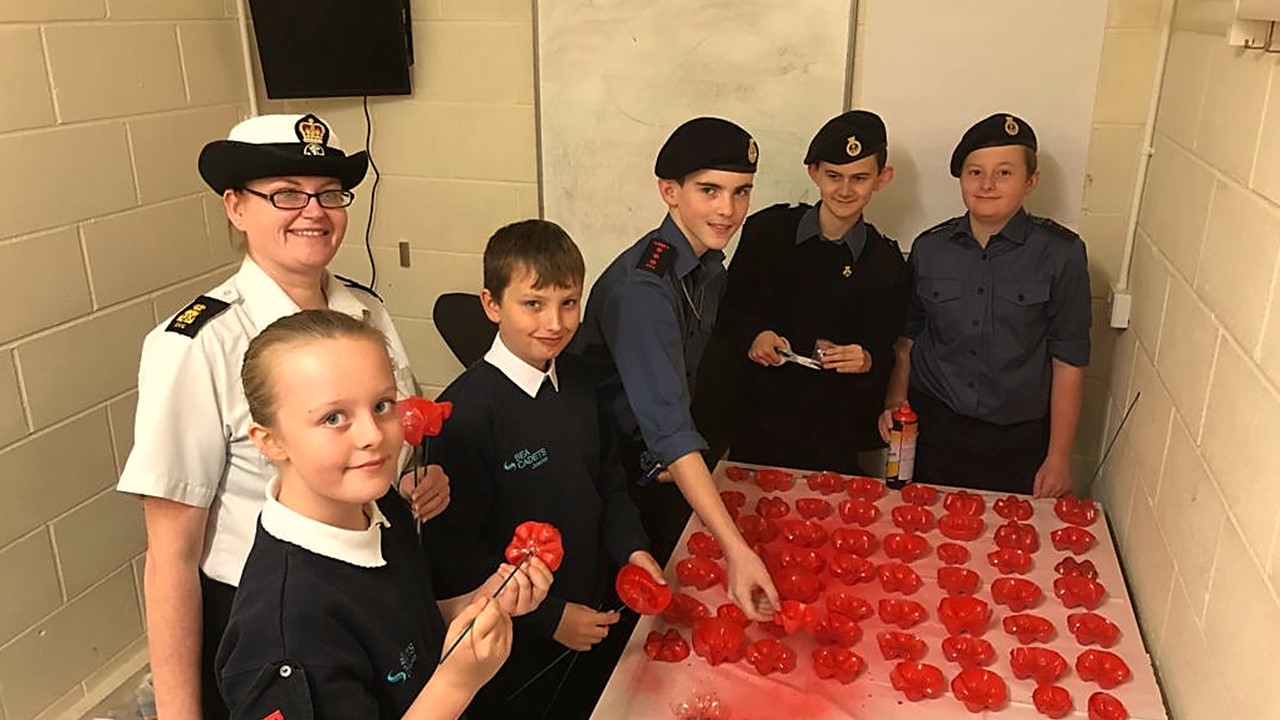 A unique arts project, “Shadows of War”, will be unveiled this Sunday, November 3, at the foot of Seaham’s ‘Tommy’ sculpture.

“Shadows of War” was created by Dave McKenna, Founder of Seaham Remember Them Fund, in support of this year’s British Legion Poppy Appeal.

The three branches of HM Armed Forces will be represented by silhouettes of recognisable service symbols. The silhouettes will then be surrounded by handmade poppies created using recyclable materials.

The poppies have been crafted by community groups, cadet services, schools and the public.

Dave McKenna, organiser of Seaham Armed Forces Day, Sounding the Retreat and a 24-year veteran of the Royal Regiment of Fusiliers said:

“It is important to commemorate and honour those who have made the ultimate sacrifice to protect the freedoms and liberties we now take for granted.

The arts project each year is an effort to engage our young people to be an active part of local remembrance activities.

“Shadows of War” will sit at the foot of World War One sculpture “Tommy” from Sunday 3 November to Saturday 16th November. Mr McKenna hopes to end the project with a final act of community involvement, he added:

“I hope people will view the artwork until Saturday 16th November, after which I invite members of the public to take a poppy if they wish to do so.