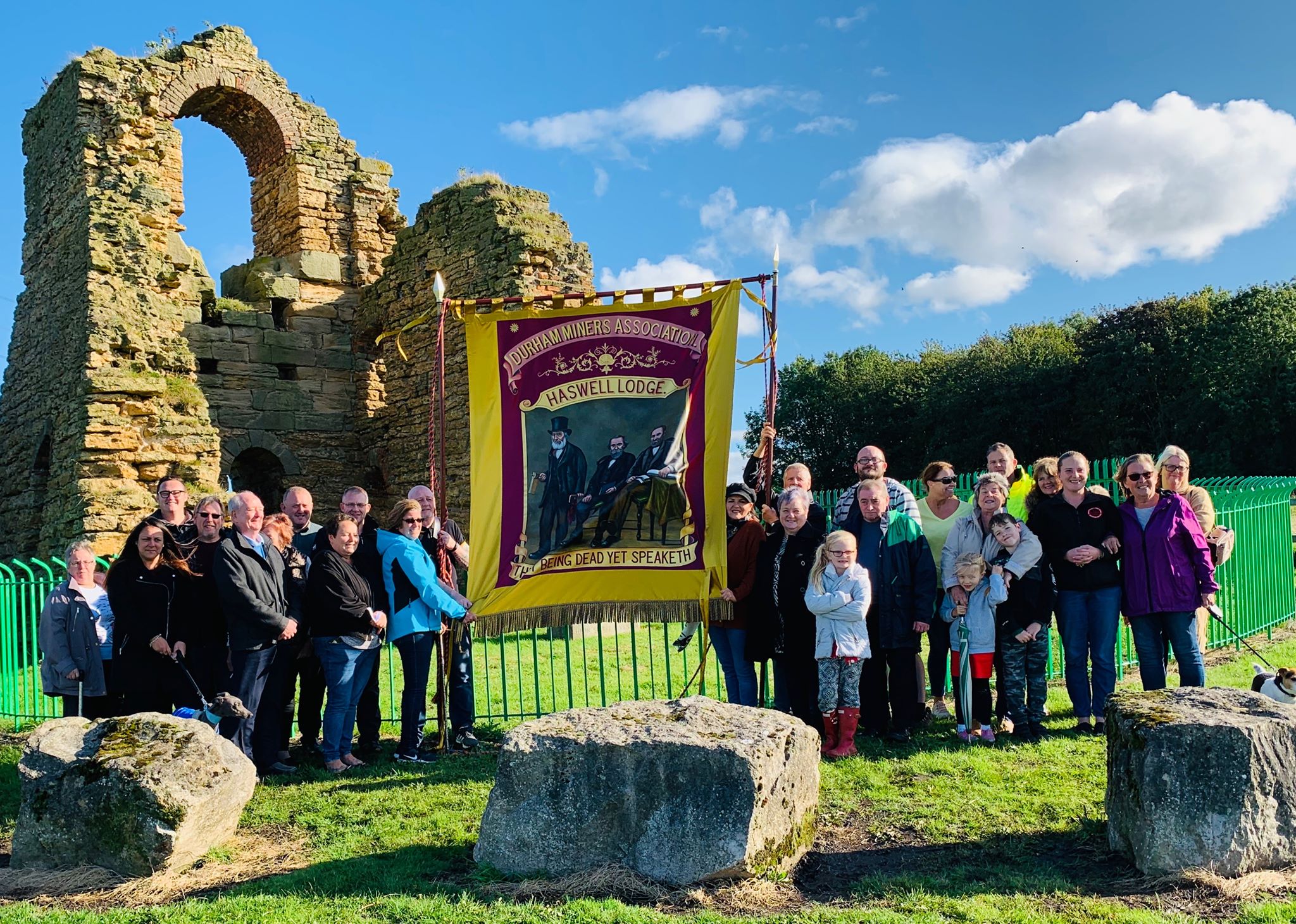 The town of Haswell has commemorated the Haswell Colliery Disaster that claimed the lives of 95 men and boys.

On the 175th anniversary of the disaster, the communities of Haswell & Haswell Plough came together to remember those people who lost their lives.

The Haswell Banner led a parade from St Paul’s Church in Haswell to the site of the disaster, Haswell Pit.

A commemorative service was organised by Mr. Stuart Major and led by Reverends Muriel Peters and Jane Greave, accompanied by the NASUWT Concert Brass Band.

They were joined by the banners of Shotton Colliery, Wheatley Hill and Thornley in remembering the accident that had such a devastating effect on what was then a thriving mining village.

Haswell Parish Council Chairman Cllr. Chris Hood said: “Back in 1844, Haswell was rife with poverty and divided through malice and ill will due to it being a ‘blackleg’ pit.

“However it took the mining accident of 1844, to reunite the village. When an explosion ripped through Haswell Colliery on that day, 95 men and boys perished.

“The 95 dead were part of 62 families from Haswell, with many of the surnames still present in our villages today.

“As there was no blame attributed to the disaster, families were left to fend for themselves, receiving no private compensation in a time when there was no government social support.

“But the villagers looked after one another. A relief fund was raised and people started to come back together as a community.

“Most recently over the past few years, we have seen this community once again come together to be as one.

“The community spirit of 1844, to stay strong for each other and come together, is back in The Haswells.”

“And this is why we must remember the 95 men and boys who perished here.  They were people who were simply going to work, to earn their crust and to be part of their community.

“When their lives were taken and they were no longer a living part of their community, it was the love of those left that ensured that the villages would live on.

“We will never forget them. Their spirit lives on.”