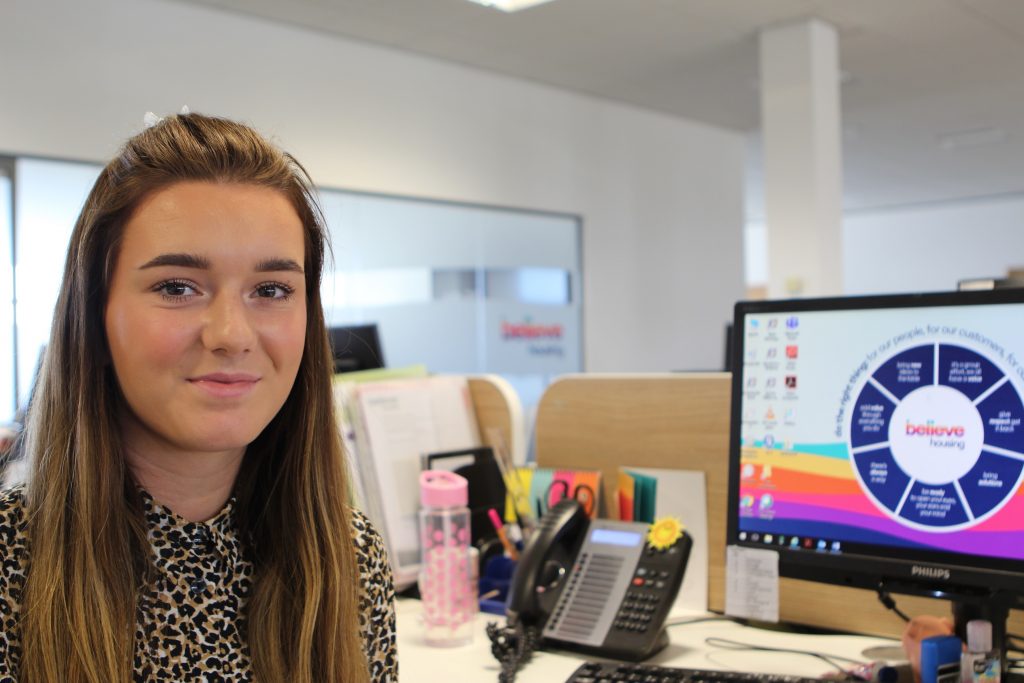 More than 130 hopefuls are battling it out for the latest apprentice positions at believe housing as demand for development opportunities in roles such as bricklaying and business admin have soared.

A total of 134 applications were received for six apprenticeship posts advertised by the County Durham based housing association during September. Now 44 shortlisted candidates are set to go head to head to land the coveted roles.

The number of apprenticeships offered by believe housing was increased by around a third, as the organisation looks to develop and invest in young talent across the region. The latest opportunities include a new bricklaying apprenticeship alongside horticultural and business admin, with applications closing earlier this month.

With Level 2 and Level 3 craft and administrative apprenticeships available, successful applicants will gain industry recognised qualifications as well as hands on experience.

Current Business Administration apprentice at believe housing, Rosie Robson, said: “Many young people think the only route to a long-term, successful career is through college and university but that just isn’t the case.  Apprenticeships are a great way to develop your skills and your career.  I have learned so much since I joined believe housing and everyone has been so supportive.”

The 530 strong team at believe housing includes a number of former apprentices who have now secured permanent jobs in roles as varied as community investment, joinery and new-build project development.

Lewis King joined believe housing as an apprentice straight from school and has now secured a permanent role. “An apprenticeship was definitely the right choice for me. I really enjoy all aspects of my job and still had the opportunity to gain qualifications. I would recommend an apprenticeship to anyone.”

Executive Director of Communities and Customer Services at believe housing, Nik Turner, said: “It’s fabulous that so many young people have recognised the great opportunities that an apprenticeship in the housing sector can bring.

“Supporting our communities is not just about bricks and mortar. Investment in jobs and training opportunities is a key part of what we’re looking to achieve too; growing our regions economy and skill base.

“We’ve already seen a number of successful apprentices go on into permanent and even management roles. I’m really looking forward to seeing some of these applicants go on to develop their career with us too.”