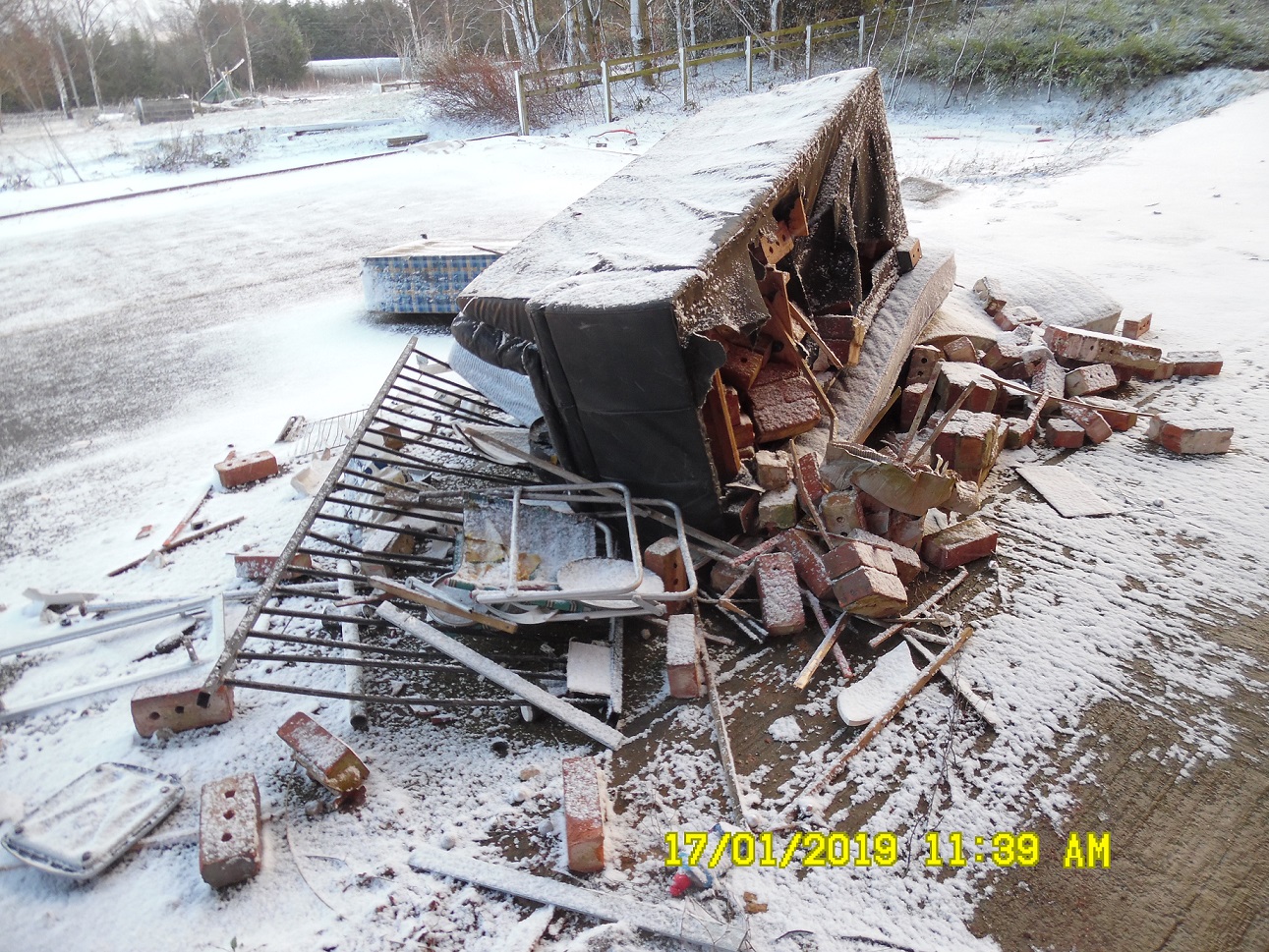 A van driver who denied he had flytipped waste found behind his parked vehicle is facing a legal bill of more than £800.

Thomas Cowan was parked in a layby in Long Edge, Sacriston, in January, when his white Transit van was spotted by a Durham County Council neighbourhood warden.

The warden asked the 26-year-old whether he was responsible for the pile of waste which was dumped at the rear of the vehicle, but Cowan claimed that it was already there when he had parked up.

The warden noted that there was additional waste in the vehicle and Cowan did not seem to have any evidence that he was carrying it legitimately.

When asked for his name and address, Cowan provided false details. However, the warden was able to link Cowan’s Facebook account to a mobile phone number he had provided.

The same warden spotted the transit van again three days later parked outside Cowan’s home in The Avenue, Chester-le-Street. Council tax checks identified the occupier of the property and a further check on Facebook showed that the occupier was in a relationship with Cowan.

Cowan did not respond to a request to assist in the investigation of the flytipping incident and failed to appear at Newton Aycliffe Magistrates’ Court or enter a plea.

The case was one of three flytipping prosecutions heard by the court.

Holly Dobson, of Poplar Street, South Moor, Stanley, was fined £660 and ordered to pay £298.69 in costs and a £66 victim surcharge after dumping waste in the street behind her home.

Evidence linking the 36-year-old to the flytipping was found by a neighbourhood warden who had been sent photographs of the waste.

And in a third case, Adam Whiffin, of Girvan Terrace West, Easington Lane, was fined and ordered to pay costs totalling more than £1,000 after being caught on camera dumping waste.

CCTV footage from Finchale Training College showed the 34-year-old’s red Transit van carrying waste to the site. The van was then seen leaving the area without its load.

A check of the vehicle’s registration showed that it belonged to Whiffin.

Dobson and Whiffin both failed to respond to a request from Durham County Council to assist in the investigation of a flytipping incident. Neither attended court nor entered a plea.

Ian Hoult, Durham County Council’s neighbourhood protection manager, said: “Once again, the court has supported our work to hold those responsible for flytipping to account.

“Our county is a beautiful place but we all have a duty to look after it – businesses must make sure they are disposing of waste correctly while householders need to check that anyone removing their rubbish is registered to do so.

“Since we launched our Operation Stop It campaign in 2014, we have seen a 26 per cent reduction in flytipping but there are still those determined to flout the law and we will continue to take legal action against them.”