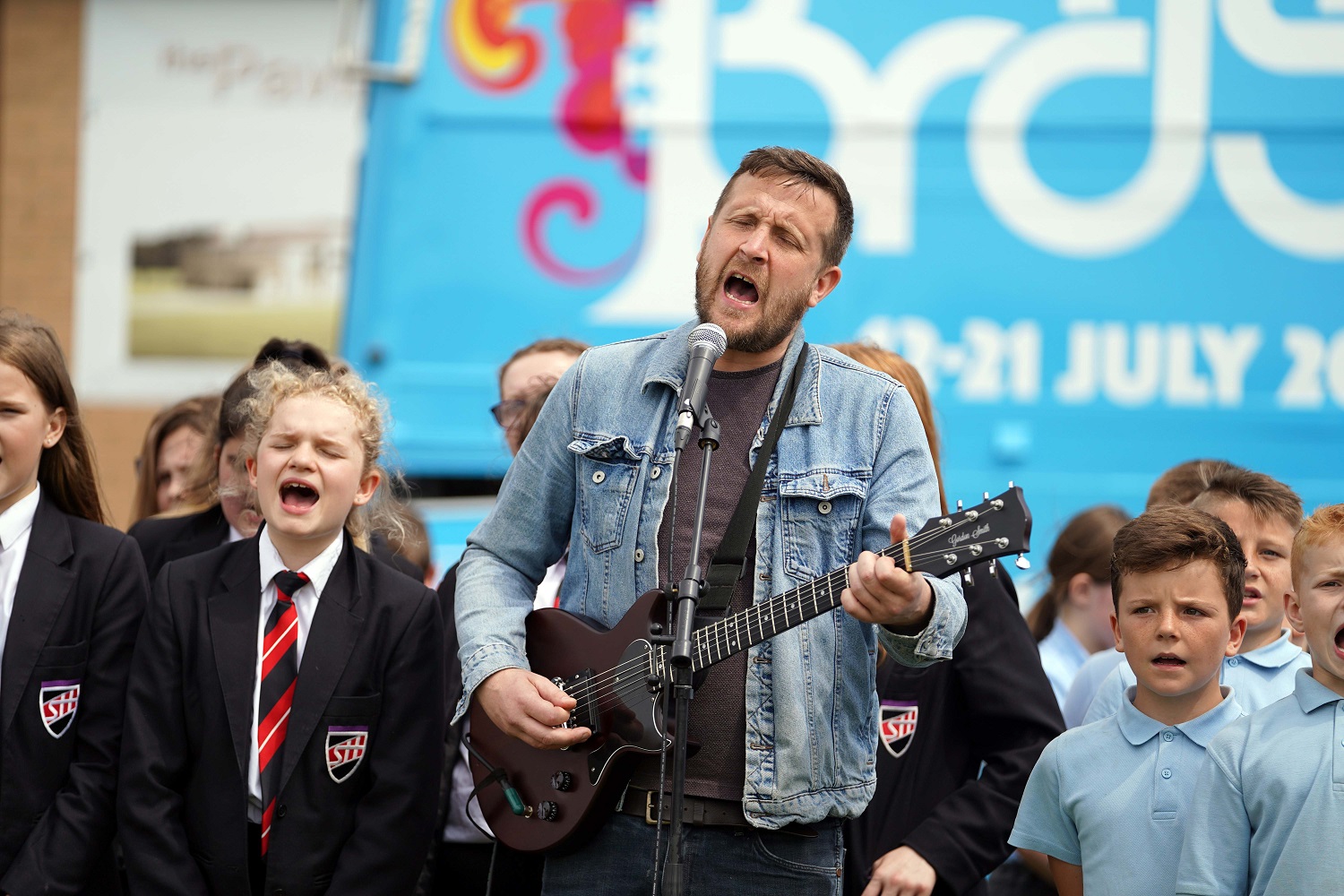 Celebrations have been held to mark the Apollo Pavilion’s 50th birthday.

A free-of-charge musical extravaganza took place yesterday at the structure, on the town’s Sunny Blunts estate, featuring performances from Mr Wilson’s Second Liners and Oompah Brass, as part of Durham’s BRASS Festival, and Barry Hyde, lead singer of the Futureheads, who worked with local schools to create a new song to mark the occasion.

This was followed by a programme of films celebrating humanity’s longstanding fascination with the moon and its missions to get there and back, at the nearby Pavilion community centre..

The events are part of a year of activities organised by the council to celebrate 50 years of the Pavilion, which have already seen a Lumiere style light installation by artists Mader Wiermann at the structure in March, as part of the county’s year of culture #Durham19.

Cllr Joy Allen, the council’s Cabinet member for transformation, culture and tourism, said: “The first moon landing was one of the most memorable moments in modern day history and by happy coincidence it came at the same time as the building of the structure we now know as the Apollo Pavilion.

“There was a desire locally to mark the Apollo mission and it was decided naming the structure in its honour was the perfect way.

“We know the Pavilion has always divided opinion but the light installation earlier this year proved how much pride local people have in it.

“We are delighted to have continued the 50 year celebrations on the anniversary of the Apollo mission – it was an excellent day with some great musical performances and some classic films – all free of which were free of charge.”