Birthday party for controversial Peterlee landmark which turns 50 this year 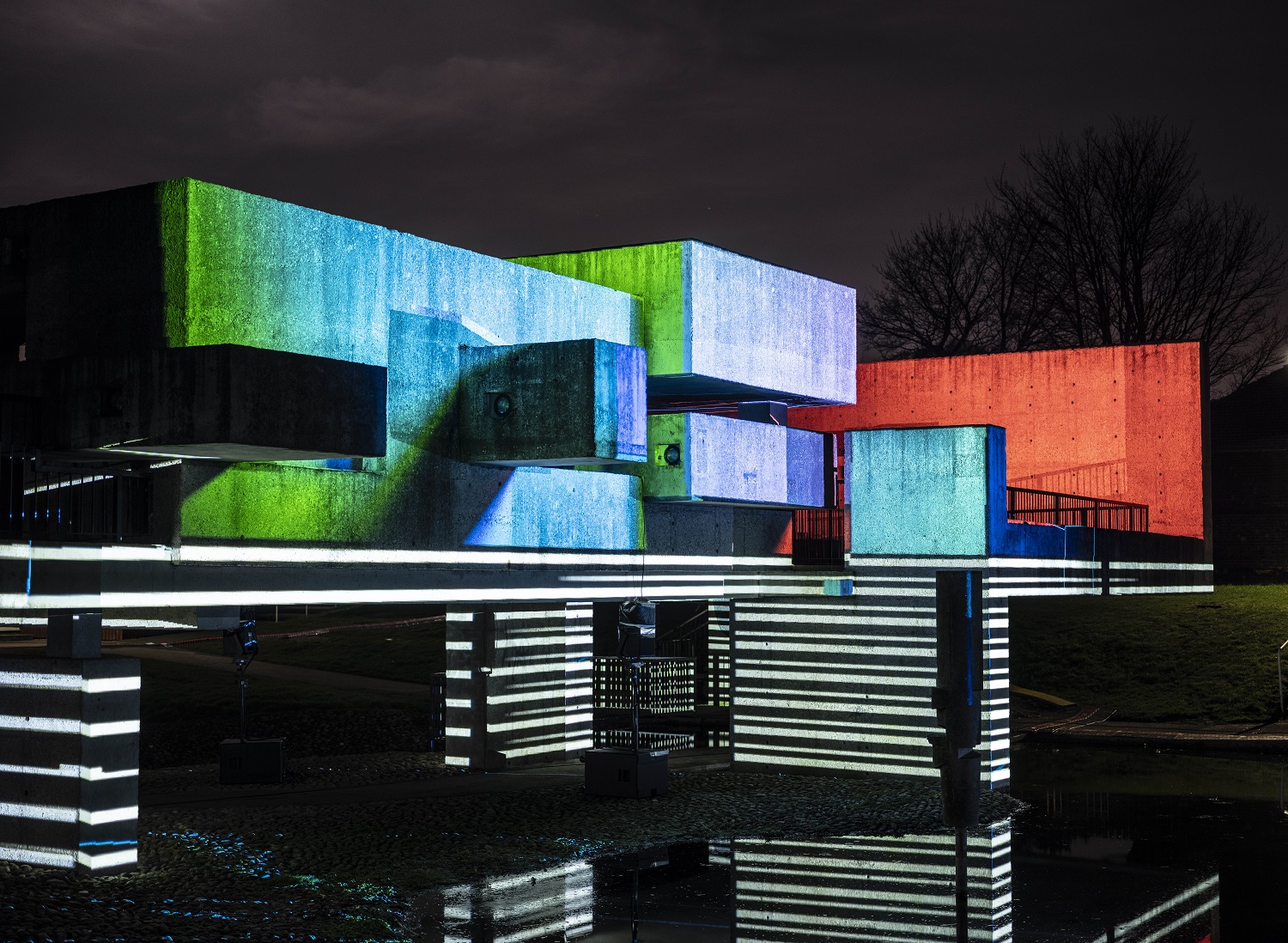 It’s a day that marks half a century of one of the most celebrated moments in history – and one that is commemorated in County Durham in truly unique style.

July 20, 1969 was the day man first landed on the moon at the culmination of the Apollo mission, an event which was marked by the naming of an innovative new structure in Peterlee.

The Apollo Pavilion, an example of brutalist architecture, was unveiled later that year.

And on Tuesday 16 July, exactly five decades after Neil Armstrong and Buzz Aldrin’s set off ahead of their giant leap for mankind, a day of celebrations has been organised by Durham County Council to mark the pavilion’s 50th birthday.

A free-of-charge musical extravaganza will take place at the structure, on the town’s Sunny Blunts estate, between 11am and 2pm, featuring performances from Mr Wilson’s Second Liners and Oompah Brass, as part of Durham’s BRASS Festival, and Barry Hyde, lead singer of the Futureheads, who has been working with local schools to create a new song to mark the occasion.

This will be followed by a programme of films celebrating humanity’s longstanding fascination with the moon and its missions to get there and back, at the nearby Pavilion community centre, from 3.45pm. Again entry is free.

The events are part of a year of activities organised by the council to celebrate 50 years of the Pavilion, which have already seen a Lumiere style light installation by artists Mader Wiermann at the structure in March, as part of the county’s year of culture #Durham19.

Cllr Joy Allen, the council’s Cabinet member for transformation, culture and tourism, said: “The first moon landing was one of the most memorable moments in modern day history and by happy coincidence it came at the same time as the building of the structure we now know as the Apollo Pavilion.

“There was a desire locally to mark the Apollo mission and it was decided naming the structure in its honour was the perfect way.

“We know the Pavilion has always divided opinion but the light installation earlier this year proved how much pride local people have in it.

“We are delighted to be continuing the 50 year celebrations on the anniversary of the Apollo mission and it promises to be an excellent day with some great musical performances lined up and some classic films – all free of charge.

“I’d encourage everyone to come along and join in the fun.”

The performances begin at 11am with The Academy at Shotton Hall’s theatre school acting out scenes from their new musical Pleasantville, followed by Barry playing a selection of his band’s hits at 11.30am.

The BRASS Bus rolls into town fresh from the festival with Mr Wilsons on at 12.05pm, followed by a medley of moon inspired songs by the East Durham Dementia Friendly Choir at 12.50pm.

Oompah Brass, also fresh from the festival, will then perform at 1.10pm before Barry returns to the stage at 1.55pm for Standing on the Moon, a song commissioned especially for the occasion in which he will be accompanied by over 500 children from schools across Peterlee.

Attendees are encouraged to bring their own picnic blankets.

The line-up for the films is as follows:

Free popcorn will be available from 2.30pm to 6.30pm, with artist Theresa Easton helping film fans make their own rocket inspired popcorn holders.