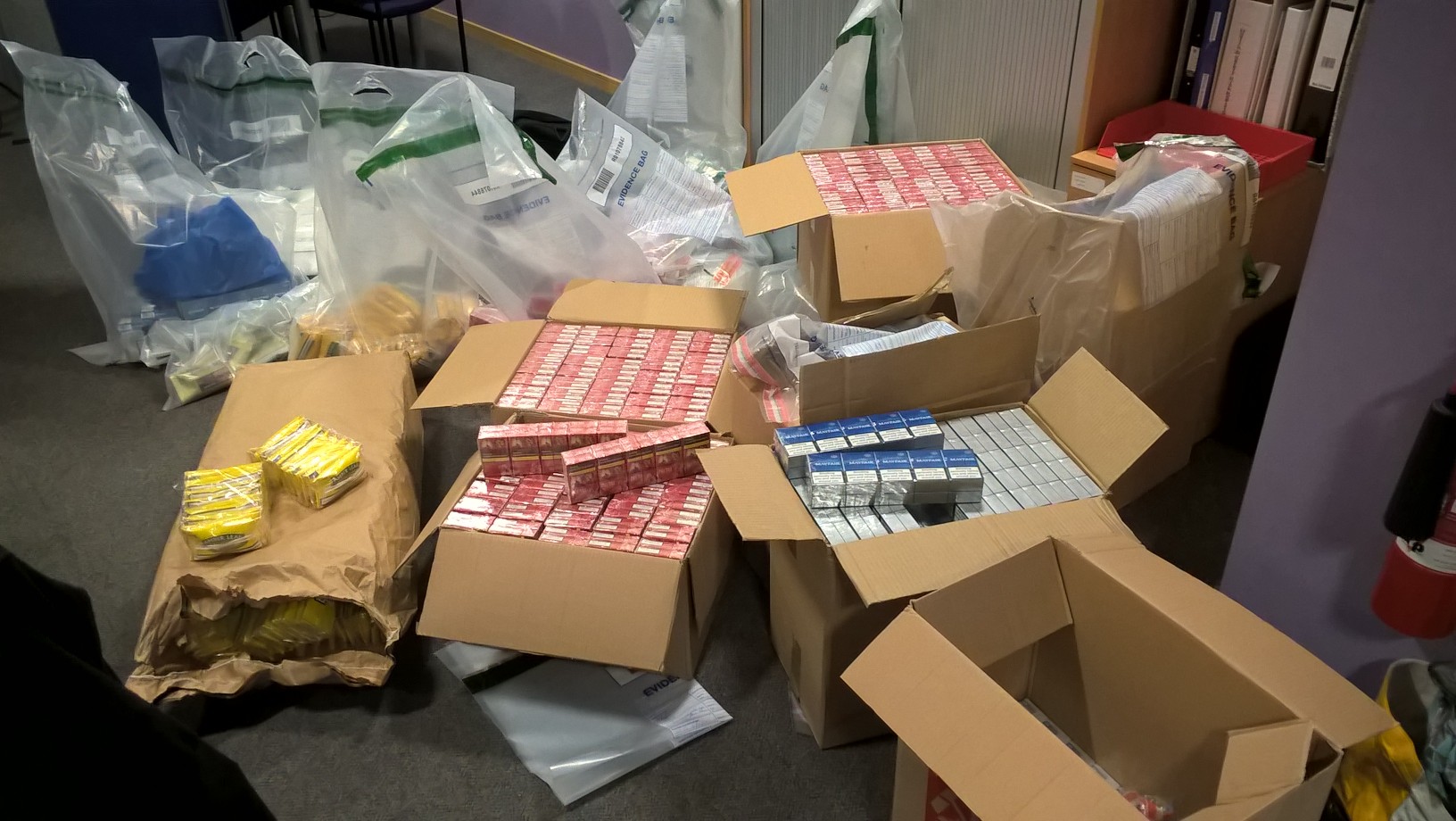 A store owner has been jailed after he was caught selling counterfeit cigarettes from his store in Seaham.

Ismail Maulud, of Meadow Avenue, Blackhall Colliery, was jailed for a total of 30 months at Durham Crown Court, 12 months for the sale of counterfeit tobacco goods and 18 months consecutively for a knife attack he carried out on an in-debt customer.

During an investigation by Durham County Council’s trading standards team officers visited the Westlea Mini-Market, in Seaham and carried out several test purchases. At the store they were able to buy cheap packets and sleeves of various counterfeit tobacco brands, all in packaging not bearing the current Government health warning.

On one of the visits the trading standards officers were sold two sleeves of Mayfair cigarettes for £80 by 41-year-old Maulud’s partner Catherine Flanagan.

Following this a search was made at the store in December 2017 where over 400 packs of cigarettes were sized along with 106 tobacco pouches each of 50g. A mobile phone belonging to Maulud was also confiscated which contained evidence of clients looking to buy cheap cigarettes.

A consecutive search was carried out at the defendant’s home address where a further 3,450 packs of cigarettes and 388 tobacco pouches were found. In total £21,465 worth of counterfeit tobacco products were seized.

Additionally, a sum of £2,005 recovered from the search was ordered to be forfeit to Durham County Council, as the magistrates sitting at Newton Aycliffe were satisfied that the money represented recoverable property from criminal conduct.

In mitigation it was stated that Maulud started selling the products as he was struggling financially after a failed business venture.

A three-month community order was imposed on Flanagan, 39, also of Meadow Avenue, after she admitted a single count of selling counterfeit products. In mitigation she said that believed the cigarettes to be old stock and had only sold them once.

Owen Cleugh, Durham County Council’s consumer protection manager, said: “Fake tobacco products harm the interests of legitimate retailers and affect the public purse. The packs and sleeves, which included brands such as Mayfair, Richmond, Lambert and Butler and Amber Leaf, in this case were counterfeit as they did not contain the appropriate health warnings.

“If you suspect that illegal tobacco is being supplied either from a shop or a house you can give information anonymously with full confidence it will be taken seriously. The more community intelligence we receive helps us to take more illegal tobacco out of circulation