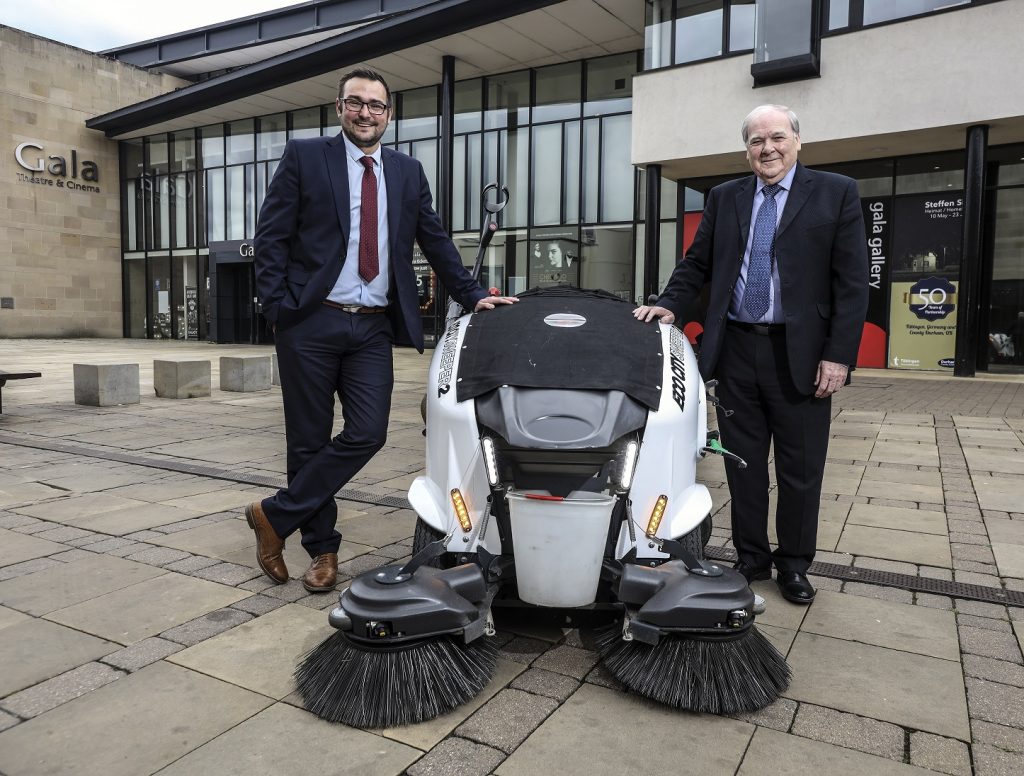 The North East’s largest council is trialling new electric cleaning equipment as part of its fight against climate change.

Members of Durham County Council’s Clean and Green Team have been using a new electric bin lift and road sweeper to empty the county’s wheelie bins and clean its streets.

The council, which declared a climate change emergency in February 2019, piloted the environmentally friendly equipment as part of its push to reduce carbon emissions by at least 60 per cent by 2030, and for the county to be carbon neutral by 2050.

Cllr Brian Stephens, the council’s Cabinet member for neighbourhoods and local partnerships, said: “Our plans to become carbon neutral require us to identify opportunities for innovation and trialling new vehicles and equipment is a vital part of this.

“Over the next few years we’ll be improving our fleet of vehicles with greener, more environmentally friendly alternatives such as this electric road sweeper and bin lift.”

Cllr Carl Marshall, the council’s Cabinet member for Economic Regeneration explained further: “The electric sweeper has zero emissions and operates with no engine, which reduces noise pollution. As it runs off electricity, its overall carbon footprint is approximately a third of conventional machines.”

The electric powered bin lift attaches to the back of the council’s existing lorries and requires much less power from the vehicle’s engine to operate, cutting both the amount of fuel used to carry out refuse collections as well as the noise involved in loading the wagon.