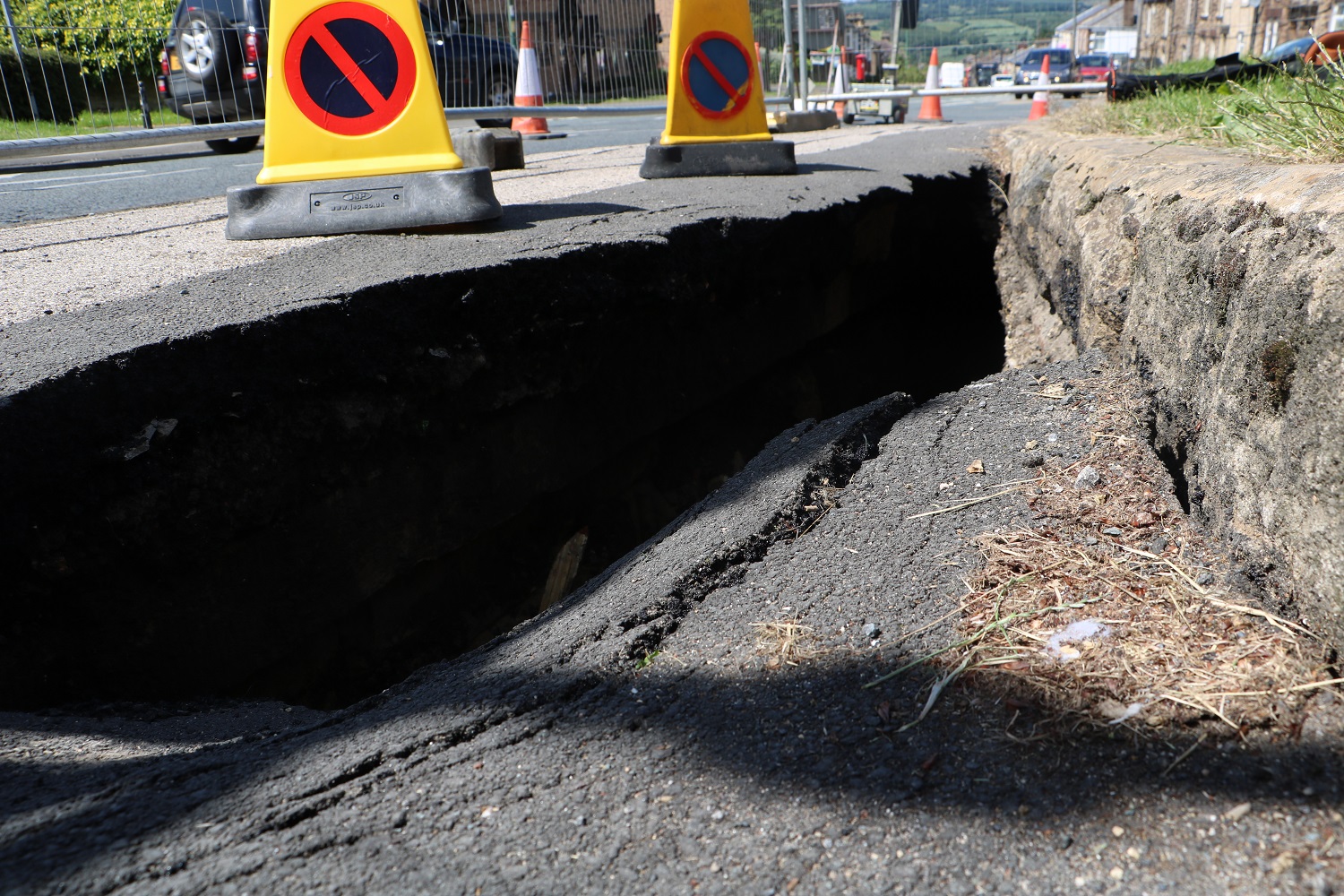 A County Durham road has been closed in the interests of public safety following the discovery of a sinkhole.

The B1404 Seaton Lane, at Seaton near Seaham, was closed earlier today by Durham County Council after excavation work revealed a void underneath the road surface.

The excavation work was carried out after a depression appeared in the road’s eastbound carriageway.

A diversion route has been established via the A19 and A690. Council staff are currently on scene diverting traffic, with signs to be put up advising motorists of the route as soon as possible.

Further excavation work will begin tomorrow (Saturday 22 June) to establish the extent of the hole and what remedial work is required.

The sinkhole is one of two being dealt with today by the council, with the other in a footpath on the A691 at Blackhill, Consett, near the Derwent Walk.

The hole appeared on Thursday night when council staff attended to fence off the site in the interests of public safety.

The void beneath the path is thought to have been caused by the collapse of shuttering at the entrance to an old railway bridge which is buried beneath the A691.

Engineers have inspected the bridge today and found it to be safe.

Traffic lights which were put up at the scene on Thursday night are to be removed today to minimise disruption to the travelling public.

The hole will remain fenced off over the weekend with repair work to begin on Monday.

Mark Readman, the council’s highway services manager, said: “Public safety is of utmost importance to us and we have been left with no choice but to close the road at Seaton.

“At this stage it is too early to say how long it will be closed but we will work to get it open as quickly as possible.

“We would like to thank the public for their patience and understanding while the repair work is carried out.”

Passengers wishing to travel to and from Seaton will have to walk to the nearest bus stop east of the A19 on Seaton Lane.

The service will not cover the section of its normal route from east of Houghton-le-Spring to the closure.