Blackhall woman fined £1,300 for repeatedly leaving rubbish outside her home 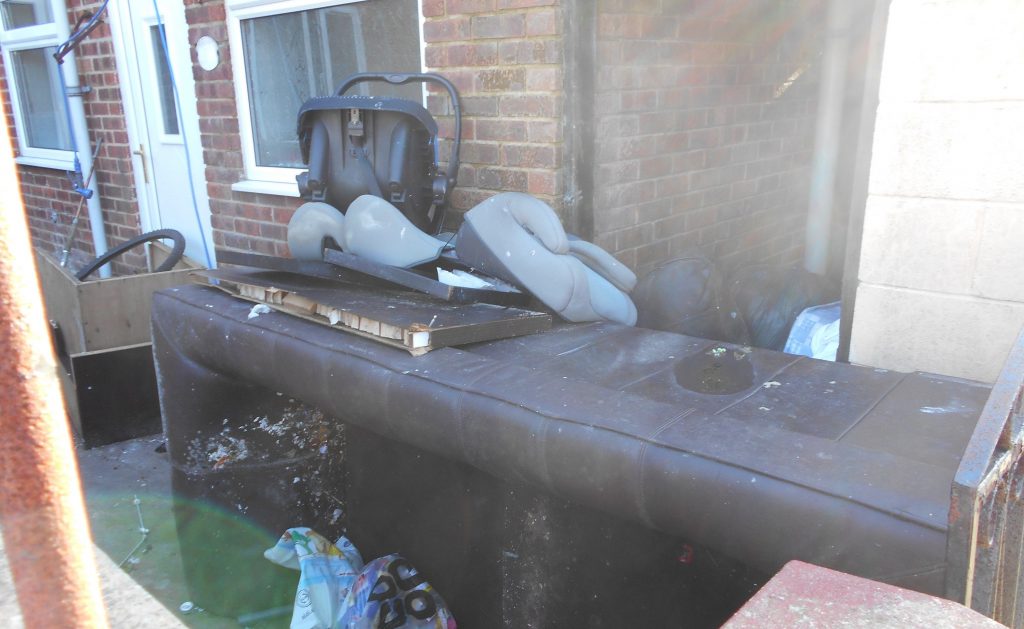 A woman who has repeatedly blighted her neighbours’ lives by leaving rubbish outside of her home has been ordered to pay out almost £1,300.

Sharon Boardman, of Fourth Street, Blackhall Colliery, was also made subject to a two-year criminal behaviour order (CBO) following the prosecution by Durham County Council this week. This is the first time a CBO has been issued for this type of offence in County Durham.

Newton Aycliffe Magistrates’ Court heard one of the council’s neighbourhood wardens had noticed rubbish outside of Boardman’s property while patrolling the area on 19 December last year.

As well as a sofa and mattress, there was a pile of wood and black bin bags full of rubbish.

This required the waste to be removed within 14 days, but Boardman failed to do so.

The 50-year-old did not attend the court hearing and no mitigation was given. Boardman was found guilty in her absence of failing to comply with a community protection notice and was fined £660 and ordered to pay costs of £565 and a £66 victim surcharge.

Evidence was produced demonstrating that it was not the first time Boardman had failed to clear up waste, causing considerable distress to nearby residents. This led magistrates to impose a two-year CBO requiring her to keep land within the boundary of her home clear of litter and refuse. She must also carry out weekly inspections and remove any waste.

Breach of a CBO can result in another court summons, with sentences ranging from a fine to a spell in custody.

Ian Hoult, the council’s neighbourhood protection manager, said: “Taking people to court is always a last resort. We resolve the majority of issues like this by talking to the people involved.

“However, if people won’t engage with us, we will take action and this case should serve as a strong warning to those who ignore their responsibilities. Leaving waste outside of your property is not only unsightly but it can affect the whole community, spoiling the local environment and attracting flies and vermin.

“There really is no excuse as most rubbish can be taken to our household waste recycling centres for free, and we also offer a bulky waste collection service. We are lucky enough to live in a beautiful county, and it is so important we all do our bit to keep it that way.”