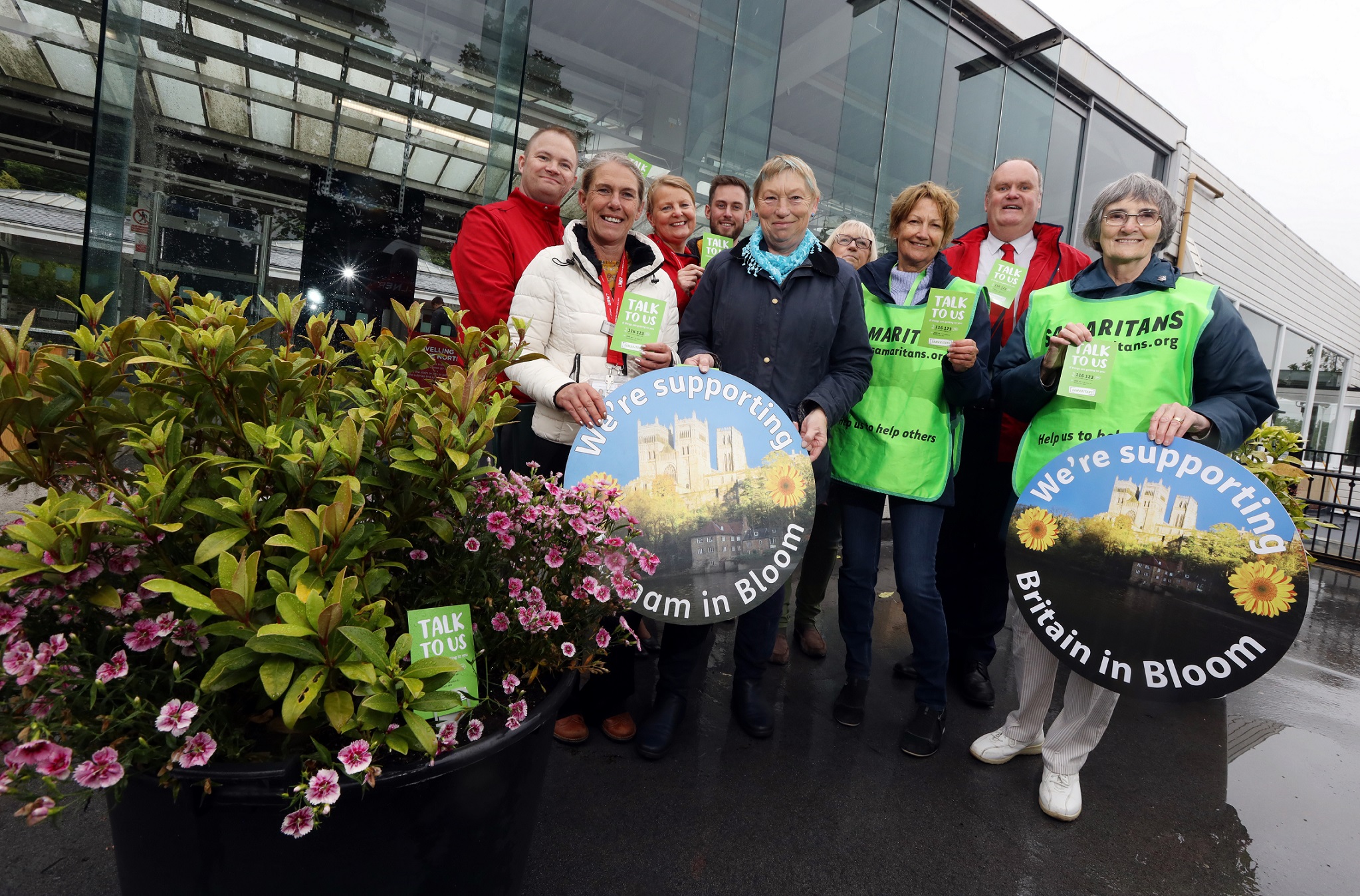 Floral displays throughout the station will draw attention to the work of mental health charity, Samaritans.

Samaritans is dedicated to reducing feelings of isolation and disconnection that can lead to suicide. The charity takes over five million calls a year via their 24-hour listening service, as well as responding to people in need via text, letter and face to face.

In a collaborative project between Durham County Council, London North Eastern Railway (LNER), Durham In Bloom and Samaritans, the charity hopes to reach out to people who pass through the station.

Large planters will not only display beautiful flowers, but will also hold cards with the telephone number for the charity readily available to anyone in need.

A weekly visit by two Samaritan volunteers, who will water and tend to the planters, will also give a visible presence so that anyone can speak to them.

The planters will also be included in Durham’s bid for Champion of Champions this year in the national RHS In Bloom competition.

The displays were funded by three Durham County Council elected members, Cllr David Freeman and Cllr Richard Ormerod, both ward members for Elvet and Gilesgate, and Cllr Liz Brown, ward member for Neville’s Cross, who supported the project with money from each of their Neighbourhood Budgets through Durham Area Action Partnership (AAP)

Craig Morgan, AAP co-ordinator at Durham County Council, said: “We are delighted to be working with the local councillors to support the work of the Samaritans again, following a successful smaller flower project last year.

“The displays not only make the station an attractive place for our commuters and visitors, but draw attention to the charity’s special service that may be seen at just the right time, by the right person.”

Lynn Brooks, director of Durham Samaritans said: “Samaritans has continued to work with Network Rail for some years, and we’re thrilled to be involved in this partnership with the support of Durham County Council.

“The floral displays will be seen by a number of people as they arrive at the station. The planters are an attractive and engaging way to provide Samaritan contact details- our freecall number, 116123, and our local address, 26 Sutton Street, Durham DH1 4BW, for those who want to pop in for a chat.

“Volunteers will work to keep the planters looking good and be there as a listening ear for anyone who needs advice.”

Caroline Mason, customer experience manager at LNER said: “We’re very pleased to continue working with Samaritans and Durham County Council to brighten up the station and highlight the fantastic support that the charity provides to those in need.

“The new planters will help make the station an even more welcoming environment and I’m sure they’ll be well received by customers.”