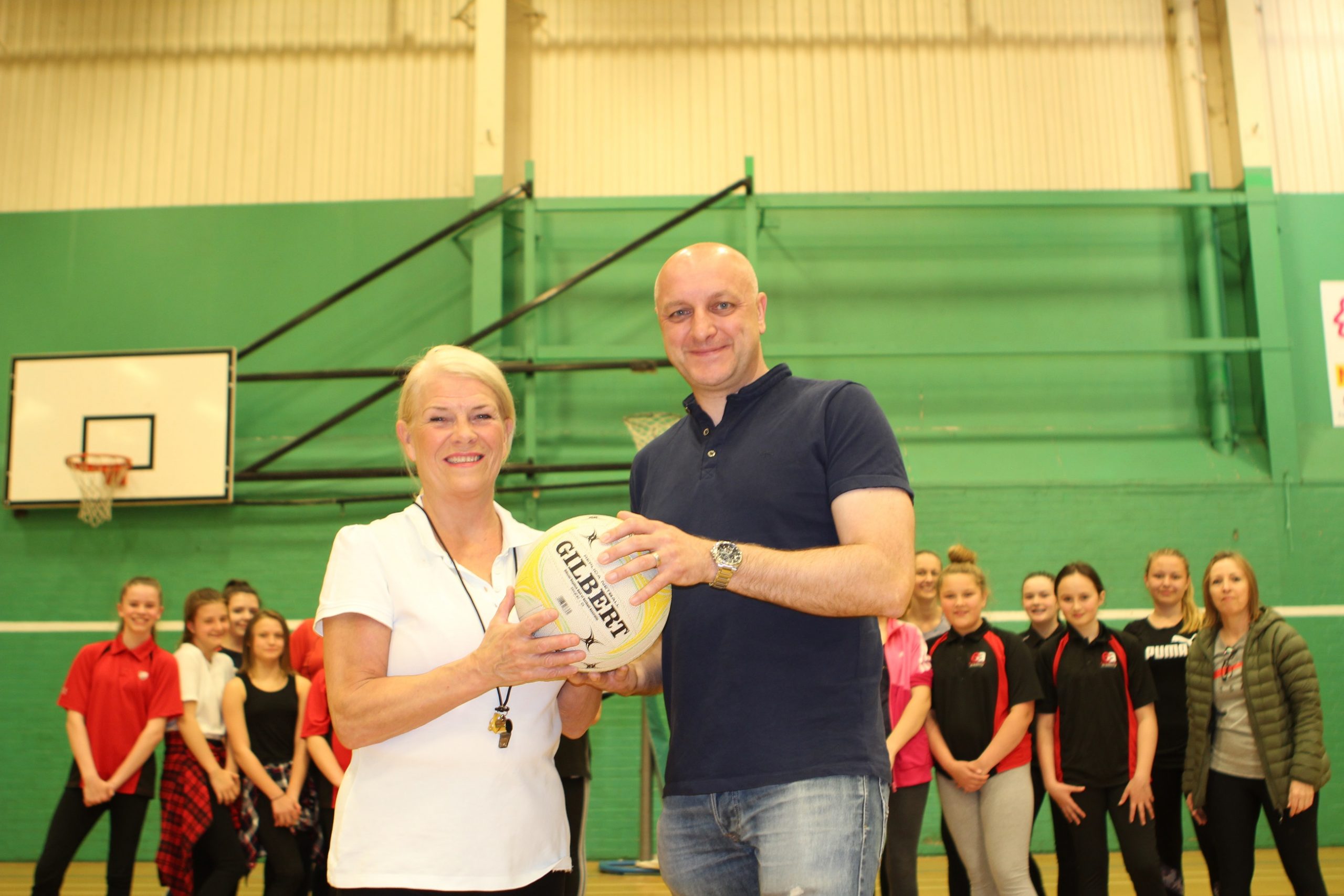 A new netball club for east Durham youngsters has been set up thanks to support from a leading housing association.

Families have the opportunity to get involved with netball thanks to a new club, founded thanks to a small grant from believe housing. Peterlee Netball Club has been created to offer weekly, low-cost sessions for local youngsters.

Around 50 children aged nine and upwards are expected to benefit from the club, which meets at Peterlee Leisure Centre.

A £500 grant from believe housing’s community fund has helped to pay for set up costs including first aid training and professional coaching costs while the club’s own coaches became qualified.

The group is the first and only official netball group offering coaching for eight to 16 olds between Sunderland and Hartlepool. It is hoped it will create new opportunities for youngsters in the east Durham area who previously couldn’t take part in the sport locally, as well as the opportunity to progress to recognised league competitions.

Funding Officer at believe housing, Damian Pearson, said: “The group behind the club are so passionate about the sport and really wanted to create new ways for young people to get involved. But they needed a little extra support to help get the club started. That’s where our community funding programme came in.

“A small grant like £500 might not seem like much, but to a new group it can make all the difference and help an idea become reality.”

Carole Lister from Peterlee Netball Club said: “We would like to thank believe housing for ‘believing in us.’ The kids are loving it, and already their confidence is visible and their technical skills are improving each week. Their social skills have also improved making new friends from other schools.

“We feel privileged to be part of it all. We hadn’t realised how much we had to do to become a registered club with England Netball, in terms of policies and procedures that had to be in place and the costs involved to acquire the necessary qualifications. Receiving the £500 grant made this all possible. Netball is very much in the public eye now since winning the world cup and more kids want to be involved in the sport. Schools have welcomed us with open arms, and I am proud to say that we are now able to offer our east Durham kids this opportunity. We still have a lot of work to do, but now the future for our youngsters is bright.”

Full details of the community grant programme are available at www.believehousing.co.uk or by calling 0300 1311 999.

The scheme provides funds of up to £500 and is designed to help new groups take their first steps as well as supporting longstanding organisations. The application process has been kept deliberately simple and funding decisions are made monthly to ensure groups are not waiting for lengthy periods to find out if they have been successful.

Any community organisation, non-profit making group, charity or school is eligible for the scheme.