Trimdon and Thornley councillor gets on his bike for charity 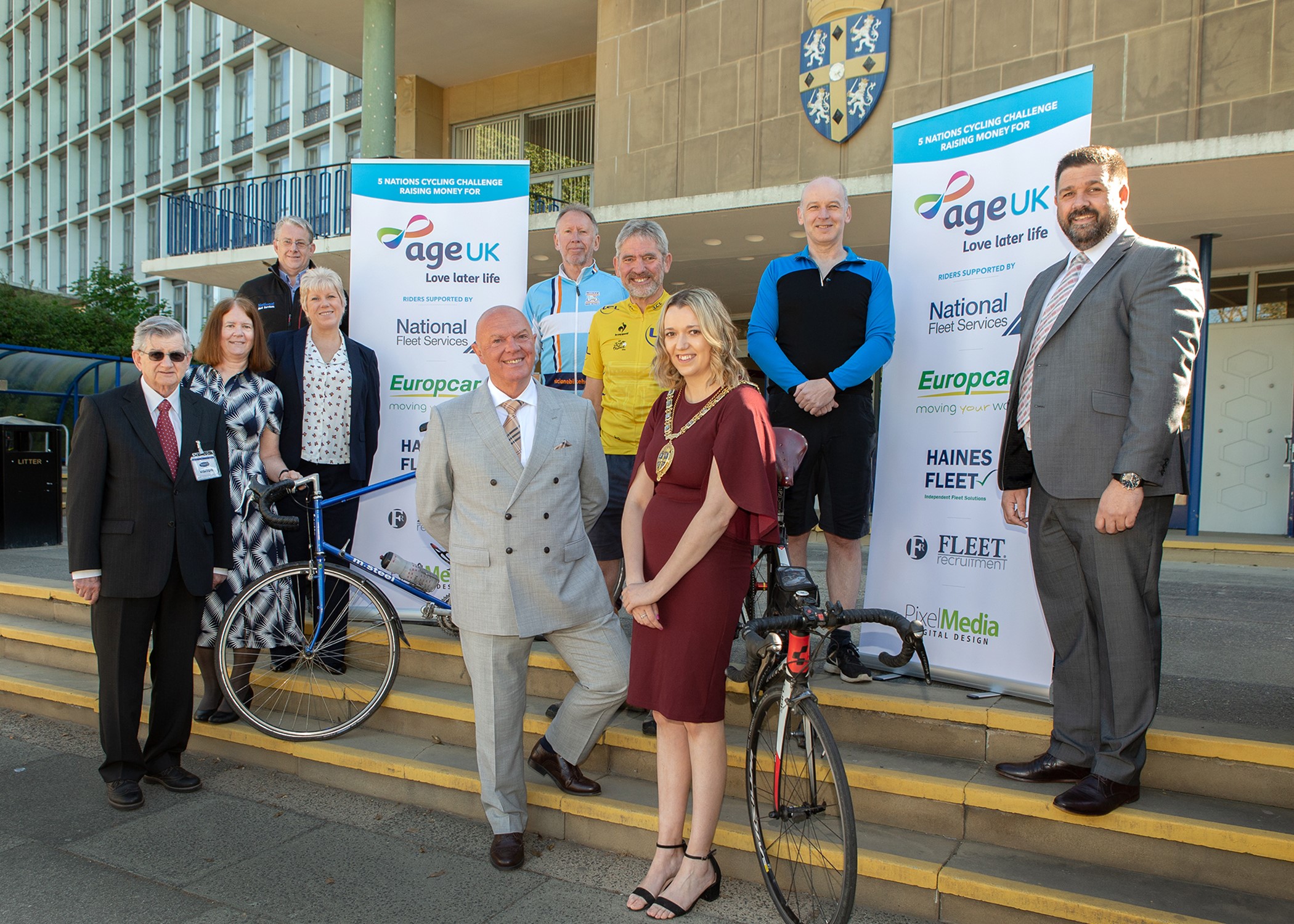 A county councillor and committed cyclist is once again getting on his bike to raise money for charity, with his hardest challenge yet.

Councillor for Trimdon and Thornley, Cllr Peter Brookes, will cover 500 miles over four days, all on two wheels, to raise money for Age UK.

The charity was chosen by newly appointed Durham County Council Chairman, Cllr Kate Corrigan, as her good cause whilst in office.

Cllr Katie Corrigan said: “I am so pleased to have Age UK as my chosen charity, and I am thrilled that Cllr Brookes will start the fundraising for this special cause with such an inspiring challenge. Best of luck to all the team.”

Cllr Brookes said: “I have completed cycling challenges for the last seven years, raising thousands for the Chairman’s charities. This challenge will take us through five nations and will really push us mentally and physically.

“I would appreciate any donations, large or small. It is knowing I am helping a good cause and raising money that goes towards changing people’s lives that really motivates these cycle rides and I appreciate all the wonderful support.

“Age UK is especially important to me this year, as the charity has helped with a family member recently.”

Donations can be made at https://uk.virginmoneygiving.com/fundraiser-display/showROFundraiserPage?userUrl=PeterBrookes6&pageUrl=1

Amongst his team members, Cllr Brookes will be joined by Andrew Gilmore, finance manager in Adult Health Services (AHS) at Durham County Council and David Shipman, who recently retired from AHS for the council.

Neil O’Connor, a fellow member of Trimdon Cycling Club with Cllr Brookes and managing director of Fleet Recruitment in Newton Aycliffe, who are sponsoring the riders, and Mike Simm, a director of National Fleet Services, also sponsors, make up the remainder of the team.