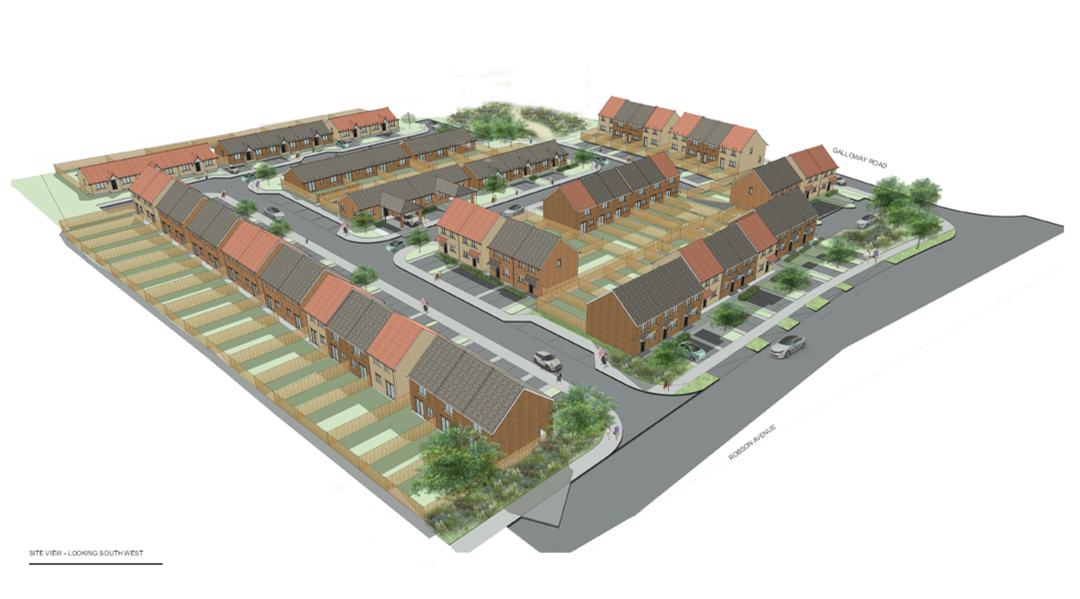 More than 80 new low-cost homes will be coming to sites in Newton Hall and Peterlee.

Planning applications for the developments by believe housing on sites near St Godrics Close in Newton Hall and on Robson Avenue in Peterlee have been approved.

A total of 84 new, affordable homes will be built across the two sites as part of a major construction programme by the County Durham-based housing association.

In Newton Hall, a vacant site off St Godrics Close, near Newton Hall Library will be developed for 17 bungalows, which will be adaptable for wheelchair users. The development will include 15 two-bedroom and a pair of three-bedroom bungalows.

The £2.5m investment by believe housing is designed to meet high demand for affordable bungalows in the Newton Hall area. Construction work is expected to begin on the site later in 2019.

In Peterlee, the former site of the old Eden Community Primary School on Robson Avenue will provide 67 new homes, including 19 bungalows. The plot has been vacant since 2008 and will help meet strong demand for affordable homes in Peterlee.

Alongside the bungalows, a mix of two and three-bedroom family houses will be constructed. The majority of the properties will be offered at affordable rent, with 25 of the houses available through the government-backed ‘Rent to Buy’ scheme.

The Robson Avenue project will be developed with Galliford Try Partnerships North. Using some of its own Affordable Housing Programme (AHP) grant – secured from Homes England – the regeneration and housing specialist identified the site and played a key role in the development of the scheme design and the planning application, working in partnership with believe housing.

Work is expected to begin on the £9 million Robson Avenue development this summer.

Both schemes were approved by Durham County Council’s Planning and Development Committee at a meeting on Tuesday, 14 May. All of the new homes are being constructed with traditional materials to blend in harmoniously with their surroundings.

Development Manager at believe housing, Tom Winter, said: “We’re investing more than £70m to help meet demand for affordable homes in the north east, and these two projects are a key part of our plans.

“Both developments will create high-quality and affordable housing at the heart of Peterlee and Newton Hall for decades to come. We’re looking forward to working closely with neighbours on both sites to ensure disruption is kept to a minimum during construction.”

Sean Egan, Managing Director with Galliford Try Partnerships North, added: “We are delighted to be partnering believe housing on this project in Peterlee, which represents a model of delivering new homes that housing providers are finding increasingly attractive.”

The 84 new homes in Newton Hall and Peterlee are among 700 being built by believe housing, formerly known as County Durham Housing Group. The five-year project has already seen properties completed in communities including St Helens Auckland, Seaham and Pity Me. Work is also currently underway on sites in Bowburn and Bishop Auckland.