Operation held to clamp down on illegal disposal of waste 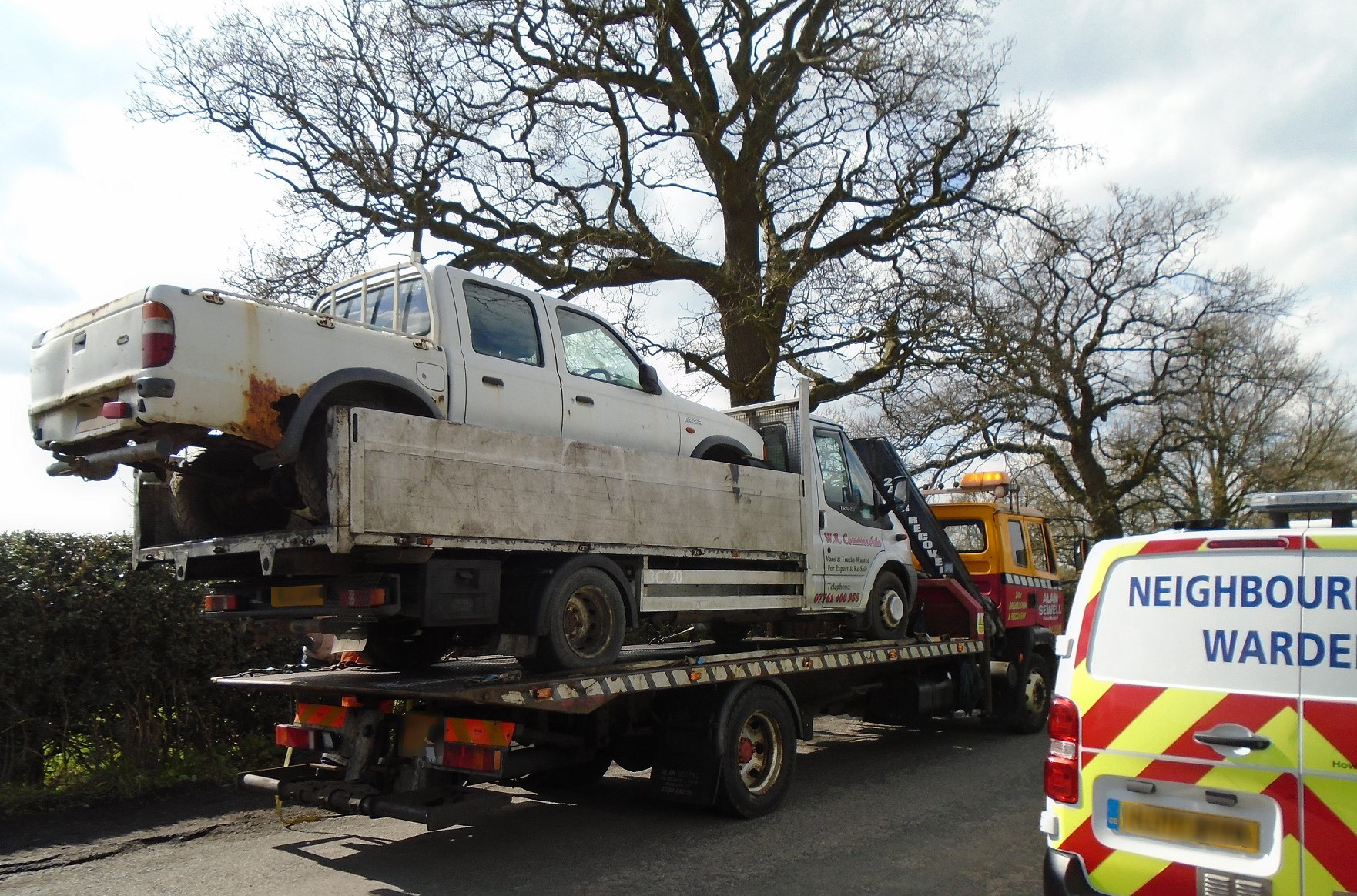 Vehicles being used to transport controlled waste have been inspected at the roadside during an operation to clamp down on rubbish being disposed of illegally.

As part of Operation Stop It, Durham County Council’s award-winning campaign to eliminate flytipping, the authority’s neighbourhood wardens and licensing team, along with neighbourhood policing teams, road policing unit, HMRC, DVSA, and the Environment Agency came together to inspect vehicles that were being used to transport waste on roads in Spennymoor and Bishop Auckland.

During the six-hour operation the DVSA issued six prohibition notices, meaning that the vehicles had been identified to have one or more safety related defects that require the operator to take immediate action.

Two notices were issued for overload prohibitions, including one for a vehicle almost eight per cent overloaded and the other for a small lorry carrying a pickup truck that was almost 22 per cent overloaded, which had to be recovered so the excess weight could be safely removed.

The DVSA also issued four immediate tyre defect prohibitions all for being below the legal tread limit. As well as this it issued two delayed prohibitions, one for worn suspension parts and one for a defective exhaust.

The road policing unit issued two fixed penalty notices, one for failing to display a rear number plate and one for a bald tyre.

The Environment Agency issued advice to several waste carriers instructing them on the required permits and licences required to transport controlled waste.

Ian Hoult, Durham County Council’s neighbourhood protection manager, said: “We know that most people in County Durham dispose of their waste responsibly, however we will continue to work with our partners and target those who continually chose to blight the landscape through flytipping.”