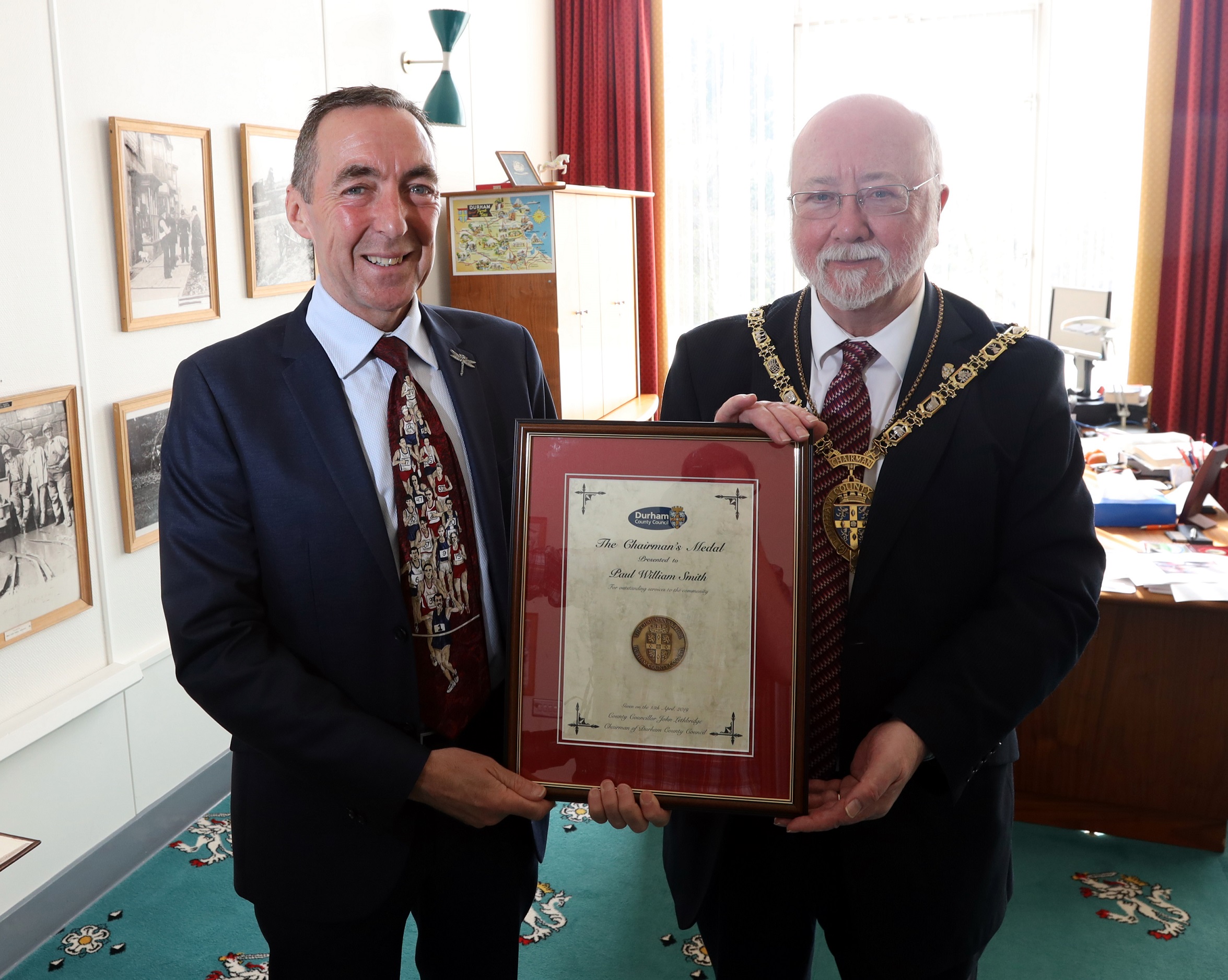 A devoted athlete whose regular runs have raised thousands of pounds for charity has been awarded County Durham’s highest honour.

Durham County Council Chairman, Cllr John Lethbridge, presented a Chairman’s Medal to Easington Village born and bred Paul Smith, for his many years of charity work and his dedication to athletics.

Paul took up running as a hobby in the 1980s. In 2007, he pledged to run every day as a New Year’s resolution, a promise that has seen him complete 4,488 consecutive running days and counting.

Although Paul is a committed runner, competing for Crook Athletics Club, he also uses his hobby to raise funds for worthy causes, setting himself sponsored challenges such as:

As well as having completed 427 Parkruns and 37 full marathons, Paul also volunteers as a steward at weekly Parkruns and has chaperoned celebrities, including Frank Bruno and more recently Olly Murs, in The Great North Run.

When he isn’t running, Paul visits the residential home where both his parents live, to entertain the residents in various guises, such as Rabbie Burns, St Patrick, St George and Santa, handing out presents to residents.

Paul said: “I’m honoured, humbled and proud to receive such a prestigious award as The Chairman’s Medal. If I can put smiles on people’s faces and raise a few quid for worthy causes and charities, then I’m happy.”

Cllr Lethbridge said: “Paul has been selflessly using his athleticism to raise money for worthy causes for many years. He is a very dedicated, caring and inspirational man who deserves the Chairman’s Medal.”