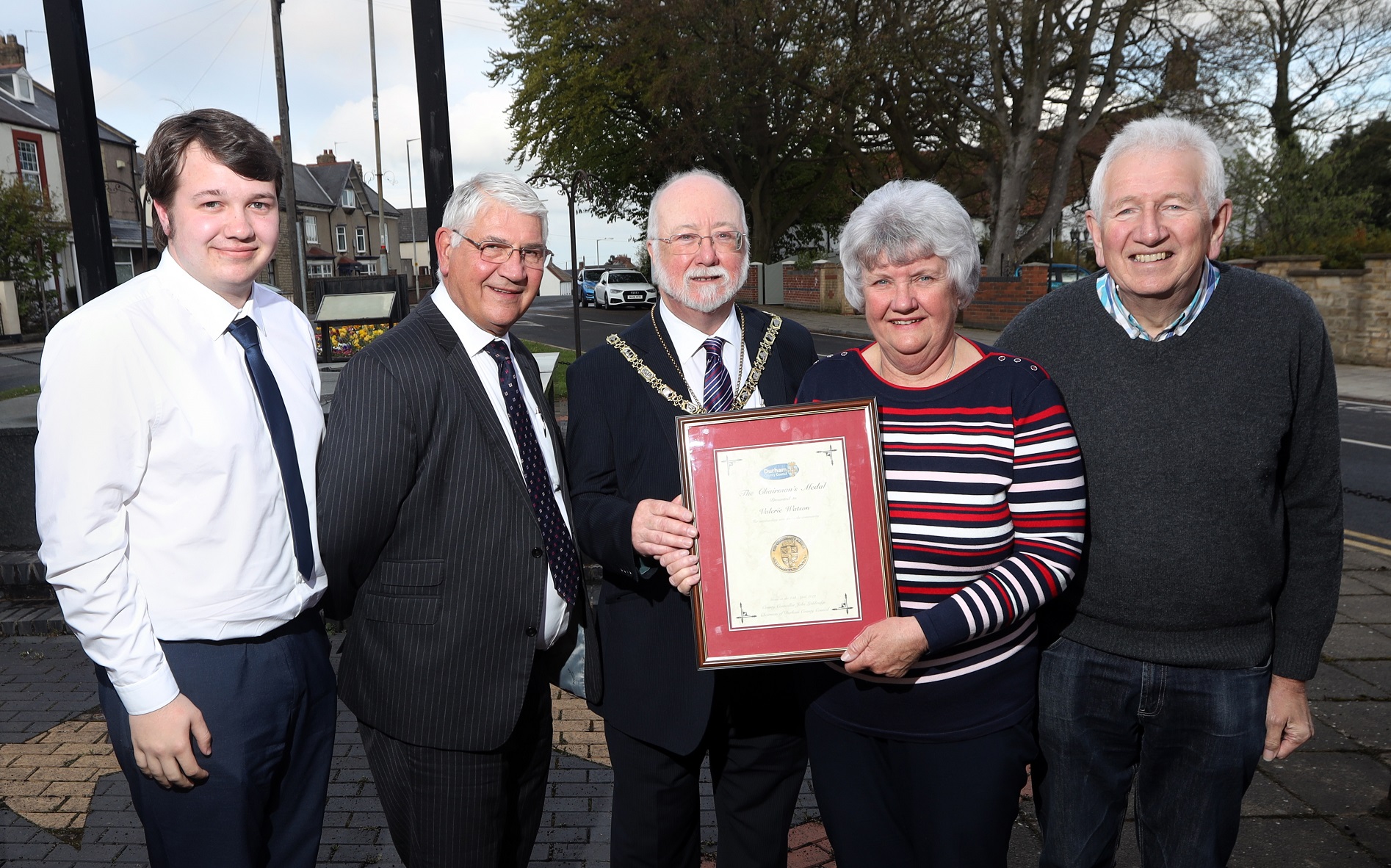 The hard work of a long serving community champion has been recognised with a prestigious county award.

Valerie Watson received the Chairman’s Medal, the highest civic honour which the council can bestow on individuals and organisations, from Durham County Council’s Chairman, Cllr John Lethbridge, for the outstanding work she does bringing together the police and Ferryhill residents.

As Chairwoman of Ferryhill PACT (Police and Communities Together) Group,

Valerie champions the police’s work within the community and helps residents to express their views and concerns.

The positive relationship she has helped to foster between the police and Ferryhill residents plays a crucial part in tackling the issues which matter most to the community, such as anti-social behaviour and speeding vehicles.

Valerie also takes an active role in addressing problems. For example, she is one of a committed group of volunteers who conduct regular community speed watches in the town.

Valerie, who was presented with her medal in front of family, colleagues and neighbours at a recent PACT meeting, said: “I’d like to thank the people who nominated me, it’s an honour to receive this award. You’re only as good as the team you’re a part of and I’m just one of a team of volunteers who work tirelessly to make Ferryhill a happy and safe place for everyone who lives here.”

Cllr Lethbridge said: “Valerie is a passionate and dedicated volunteer who goes the extra mile to support Ferryhill becoming a better place to live. She is a visible and trusted member of the community whose hard work makes a real difference and she is a deserving recipient of the Chairman’s Medal.”